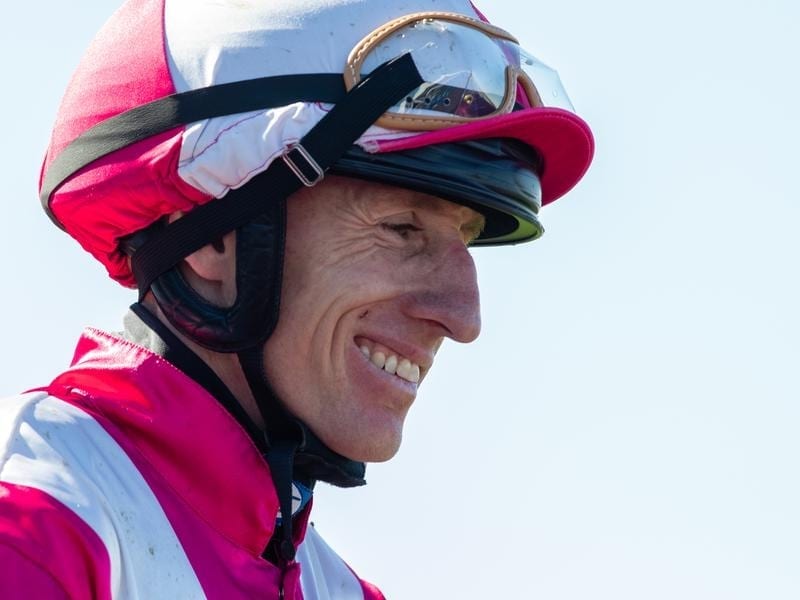 William Pike is one win closer to completing a clean sweep of the three Western Australian Group 1 races this year after claiming Saturday’s Winterbottom Stakes (1200m) aboard Graceful Girl.

Having claimed his fourth-straight Railway Stakes win seven days earlier, Pike was up to his old tricks again at Ascot, steering the Grant & Alana Williams-trained mare to a dominant last-to-first win.

Having to overcome barrier 16 in the $1 million sprint, Pike did not waste any time in looking for a position and opted to settle at the tail of the field, saving his mount for one final shot at them.

Starting as a $9 chance, the Peters Investments-owned four-year-old quickly put paid to her rivals, winning by three lengths over stablemate Stageman and race favourite Elite Street, who bled during the run and will spend the next three months on the sidelines.

“I know they were running good sectionals, but I had 15 horses to try and get past,” the winning jockey told Sky Racing.

“Coming to the outside like that, if you said that I could circle them and win in a canter, I wouldn’t have believed it.

“She’s just got all heart this girl; she’s so good.”

Pike said that expectations were not all that high after he was drawn in the outside barrier, but that didn’t stop the star hoop from delivering a masterful ride.

How good is Graceful Girl?! pic.twitter.com/zDn9zhO9k4

Having won the Railway Stakes on the $1.40 favourite a week earlier and being set to reunite with Western Empire in the Kingston Town Classic (1800m) this coming Saturday, where he will again start as a long odds-on pop, Pike was able to “enjoy it a little bit more” given he wasn’t on the raging favourite in the Winterbottom.

“I suppose with the barrier, expectations come off a little bit – definitely get to enjoy it a little bit more that way, not being such a red-hot favourite,” he said.

“I suppose in hindsight the barrier worked in our favour.”

Should Western Empire salute in Saturday’s Group 1, it would mean Pike, trainers Grant & Alana Williams and leviathan owner Bob Peters would win all three features in WA this season.

“I’ve tried to do it before and gone close,” the jockey said.

“It looks like being my best year to try and achieve it, so fingers crossed.

“I know the horse is good enough.”

Western Empire is a $1.50 favourite with online bookmakers in the Kingston Town Classic, ahead of his stablemate Regal Power ($5) and three-year-old filly Searchin’ Roc’s ($8).