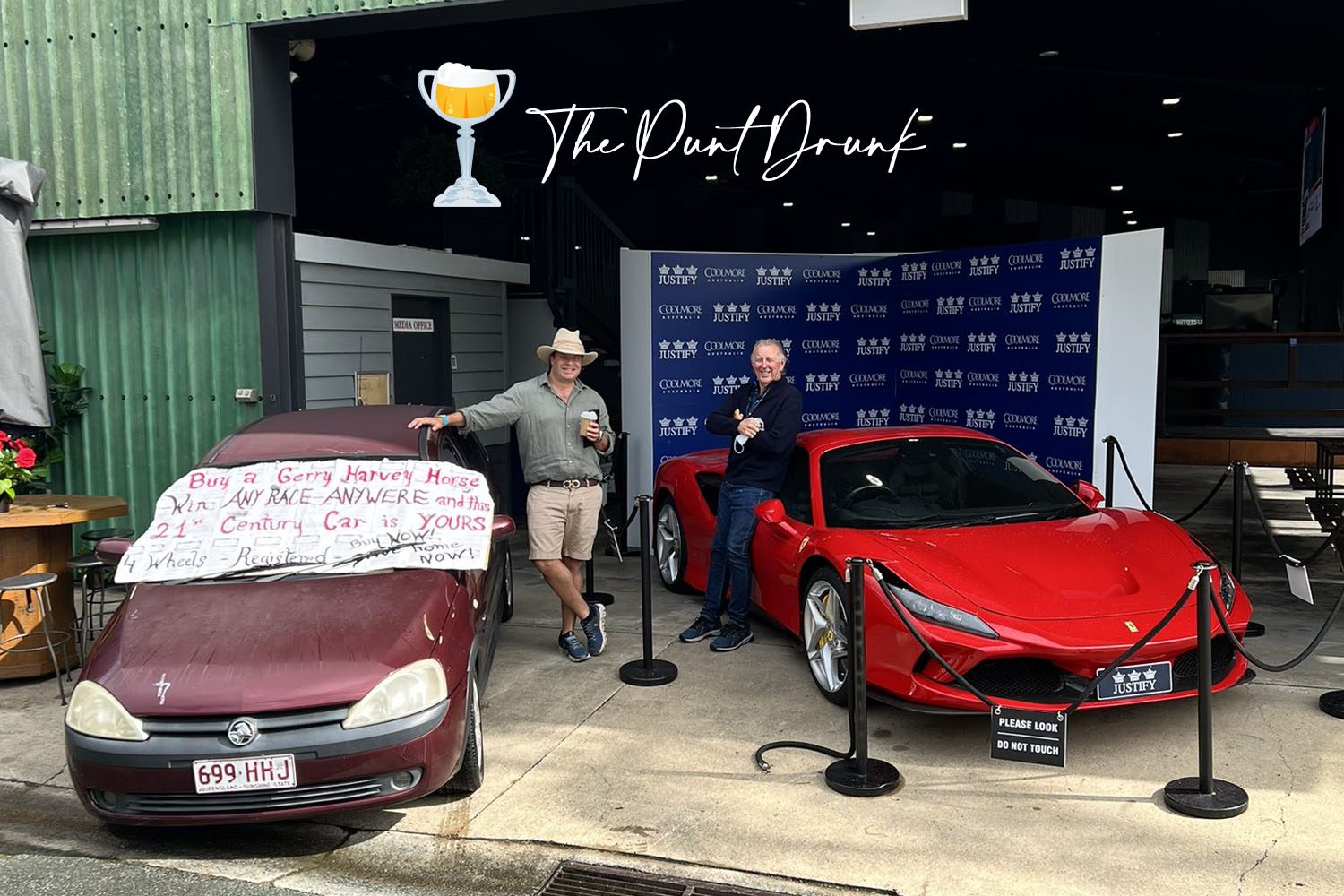 There has been plenty happening in racing around the country over the last few days, as almost the entire racing fraternity embark to the Gold Coast for this weekend’s Magic Millions Carnival.

Racing Queensland announced a hefty prizemoney boost to next year’s carnival, making the meeting one of the richest racedays on the planet, while John ‘Singo’ Singleton was up to his old, piss-taking antics on the Gold Coast. The Punt Drunk Team look at all of that and more on this edition of Punt Drunk.

The Syndicate & The Debut – Hit or Miss?

After Sunday’s announcement by Racing Queensland that the 2023 Magic Millions Carnival will have two new races, The Syndicate and The Debut, we look into whether or not we think the new “innovative” races will actually become a hit.

Head here to read about the full details of the new race, but essentially, The Syndicate is for horses owned by 20 or more individual owners and run for $1 million over 1200m, while the debut is a $500,000 race over 900m, open only to two-year-olds having their first race start.

We’ll start with The Syndicate. Of course, any race worth $1 million is going to be targeted, but is it just a chance for the big syndicates to rort clients even more? The idea is great to get more people into racing and in particularly, horse ownership – but we fear it might just make the rich richer. But that’s the world we live in…

As for The Debut, we like the concept, but don’t like the placement. Being open to Magic Millions-bought two-year-olds, trainers and owners alike will be wanting to aim at the $2 million MM 2YO Classic on the same day. To qualify for that race, it comes down to prizemoney won, so horses need to be up and racing prior to the day.

This race gives horses who are little bit ‘behind’ and need more time to develop a chance, but we think it would be better suited if the race were run seven days prior on The Wave raceday, with the winner earning a ballot exemption into the 2YO Classic seven days later. At the end of the day, these two new races are great for Queensland racing, so we hope to see them work.

🐎 Addition of the $500k Magic Millions The Debut (900m, 2YO – restricted to first starters) pic.twitter.com/k9QGP5AcHo

Coolmore Stud Australia have gone to a whole new level at this year’s Magic Millions Sales, offering a brand new Ferrari to anybody who buys a yearling by their first-season stallion, Justify, at this year’s Sales and then goes on to win a Group 1 race with their purchase.

We all know John Singleton for being a true-blue Aussie larrikin, a filthy rich one at that, so his mischievous antics on the Gold Coast over the weekend weren’t too much of a shock. The leviathan owner races his horses with Gerry Harvey, the owner of Magic Millions, so they definitely aren’t short of a dollar, which makes this piss-take even more enjoyable.

Singo was captured with Coolmore’s Tom Magnier alongside the brand-spanking-new red Ferrari, and a bashed up Holden Barina, with a sign on the windscreen that read, “Buy a Gerry Harvey horse. Win Any race, anywhere and this 21st century car is yours. 4 wheels – registered. Buy now, drive home now!”. It’s good gear!