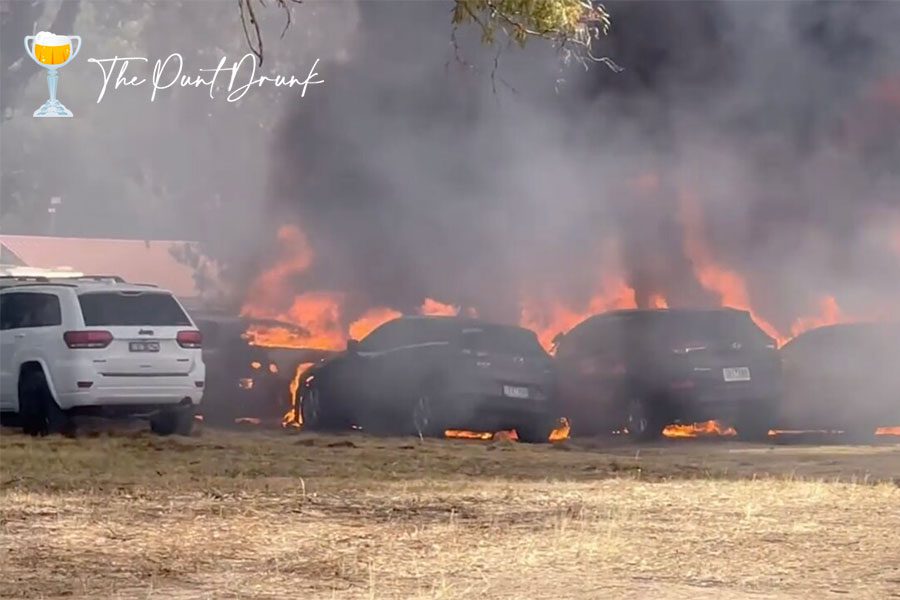 In this Monday’s edition of Punt Drunk, we take look back over an eventful weekend of racing which saw the Ladies dominate at Gawler, a race meeting abandoned at Great Western and an almighty win streak come to an end in Honkers. This is why we love our great game – you never know what to expect!

It’s rare to see horses race against one another with similar names, let alone completely dominate a race. We’re used to seeing the multiple greyhounds in the same race go toe-to-toe after the lure with names like Bale or Winlock, while Mishani and Craiglea are common prefixes in Queensland thoroughbreds. But on Saturday at Gawler, three horses, all from different stables, donned the title ‘Lady’ in the third race of the day. Lady Dunmore romped home in the Fillies And Mares 1200m Benchmark 68, beating Lady Simone, with a further three lengths back to the third horse – yep, you guessed it – Lady Pavli Chenko. That’s something you don’t see every day!

ARE THE BUSES RUNNING?

It’s fair to say that when you go to a race meeting and take your car, you’re either leaving it there overnight, or you’re the designated driver. Unfortunately for 15 unlucky patrons at Sunday’s Great Western meeting, their cars went up in smoke after a mystery fire was started in the carpark, causing the club’s Cup meeting to be abandoned after race one. While the 15 vehicles couldn’t be saved, all patrons, participants and horses were evacuated safely from the course. As if the punt isn’t hard enough, these poor track-goers now have to figure out a way to get home. Yuck.

RIP car….one of the unlucky ones today at Great Western 😟 It looked like 15 burnt out cars. At least still alive and it can be replaced. Not what you expect when you go to the track but an eye opener for a few country clubs no doubt to review their fire plans pic.twitter.com/dDaNR7m6dE

As the saying goes, ‘all good things must come to an end’, and unfortunately for us racing fans, that was the stark reality on Sunday afternoon at Sha Tin. Golden Sixty was shooting for his 17th consecutive victory, which would have put him level with Silent Witness for the most consecutive victories in Hong Kong. Despite jumping well in the Stewards’ Cup, jockey Vincent Ho opted to restrain the world’s best miler and set him an almighty task from the back of the field. The punters that took the $1.20 odds for that ‘easy’ 20% return had their eyes closed for much of the race as Aussie hoop Zac Purton kicked clear aboard Waikuku at the 300m to win it. No doubt Golden Sixty is still a champion – winning 16 races, let alone consecutively, is a record that only an elite few can boast – but gee, it sucks. Run it again!