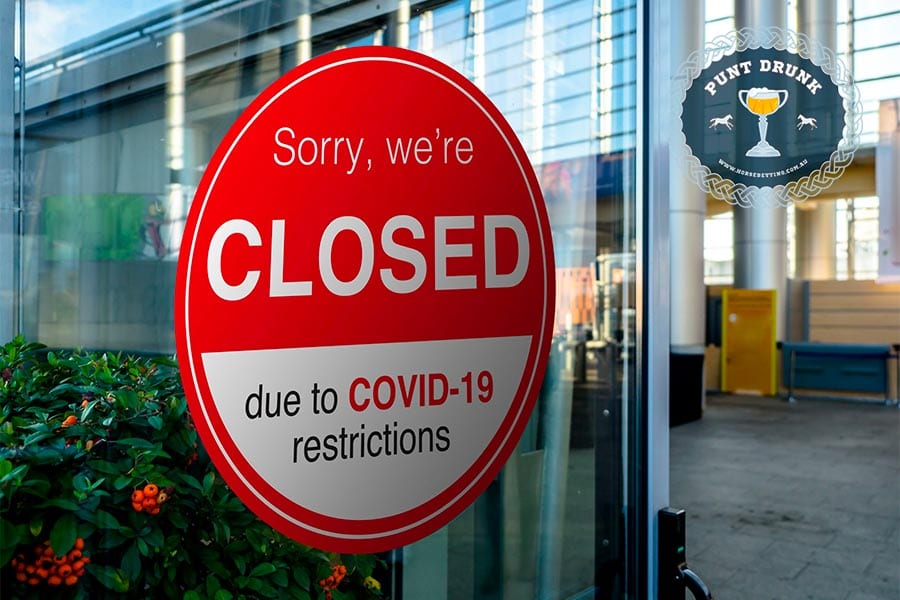 What a strange old week it has been in the racing world. COVID-19 has reared its ugly head again with restrictions in Sydney increasing and Victoria being plunged into another lockdown. Throw in the fact a jockey has been suspended in bizarre circumstances and old mate Peter V’Landys is up to his old tricks once more, and you have an intriguing weekend edition of Punt Drunk.

A Saturday on the punt in Lockdown

If you live in New South Wales or Victoria, we bet you are glad to finish the working week and get on the punt over the weekend. Lockdown 5.0 has just kicked off in Victoria (cheers, Gladys) and New South Wales has had more COVID-19 cases in the past week than we have backed winners this entire year. Now, whether you are in NSW or Victoria, we bet you are itching for the first at Randwick to get underway at 11:05am Saturday morning, but we need to pace ourselves. By the time the last at Toowoomba is run tomorrow we would have had nine straight hours of punting – it’s a dream come true! The couch, trackies and cold beers cannot come quick enough. But be careful – do not go chips-in on a first starter on a Heavy 8 at Moe.

His form in Queensland has been outstanding, but Ben Thompson’s promising career has been halted in quite bizarre circumstances. The young jockey has been caught up in an investigation about the hidden identity of the Francis Finnegan-trained No Frontiers ahead of her debut win at Bairnsdale on May 3, 2020. Thompson had been on the back of No Frontiers at a jump-out at Cranbourne in the lead up to her debut, where she was listed by her trainer as Getemhel. Thompson has pleaded his innocence, but the Victorian Racing Tribunal were told that he had deleted messages between himself and Finnegan. Now, we may not be the best detectives in the world, but that’s not a good look…

Peter V’Landys must sit in his office and compliment himself like there’s no tomorrow. He clearly thinks the NSW racing scene needs another marquee race because The Everest and The Golden Eagle are not enough. Well, PVL has now helped launch ‘The Invitation’, which will have its inaugural running on October 23, 2021. The race will be on the weekend that splits the two major races in NSW and will be run on the same day as the Cox Plate in Melbourne. The Invitation is restricted to fillies and mares over 1400m, with 12 runners competing for a $2 million purse. So, the main question is: what sort of odds can we get for Chris Waller to train the winner of The Everest, The Invitation and The Golden Eagle? Deadset, what a laugh.