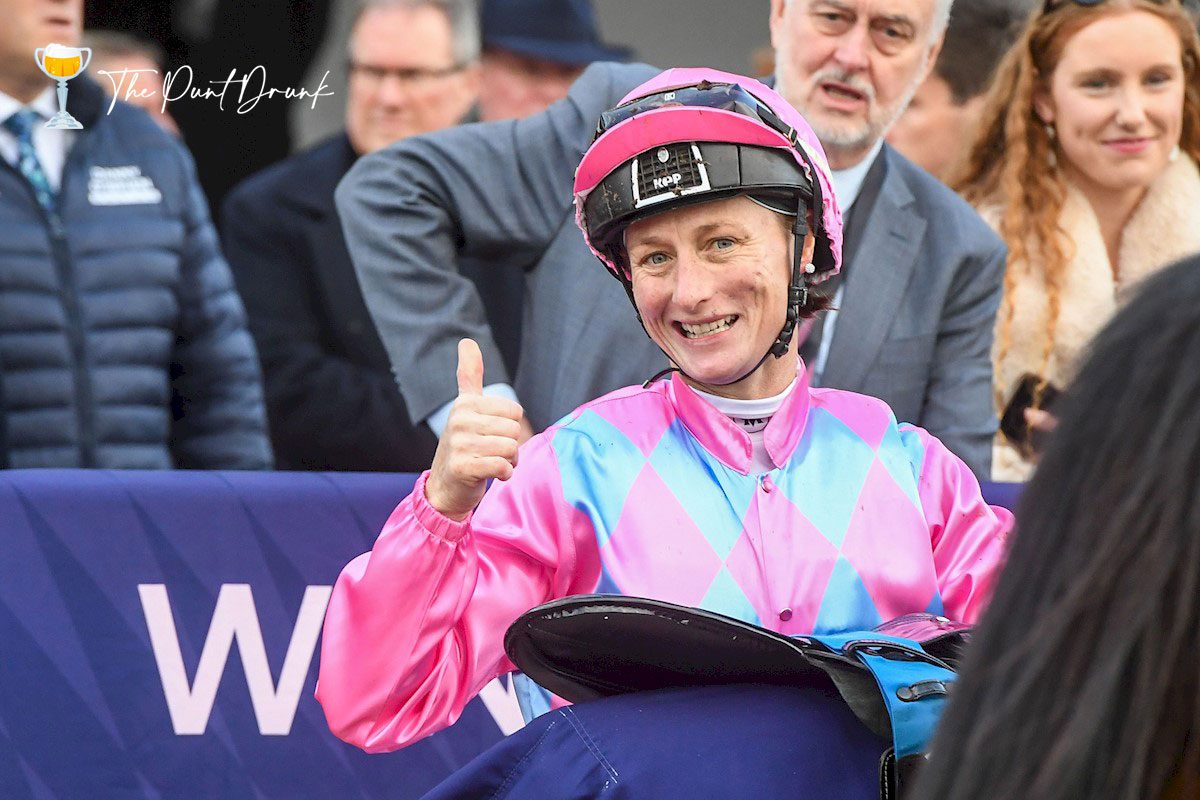 This Monday marks the beginning of Stradbroke Week, with the pinnacle of Queensland racing set to be run and won this coming Saturday at Eagle Farm. For now, though, we at Punt Drunk are looking at the weekend just gone, including a gun ride on Saturday at Flemington, a tough start to the day at Rosehill Gardens for punters, and what was one of the easiest Epsom Derby victories in the modern era.

You won’t see many better rides than this. After being slow away, Looks Like Elvis settled down out the back of the big field at Flemington on Saturday, but he still found a way to win. As fancied runners It’sourtime and Cherry Tortoni looked to pair off and fight the 1400m event out between them, a perfect ride by Linda Meech saw Looks Like Elvis come from the clouds to win in emphatic fashion. Admittedly, the horse was absolutely bolting as they turned for home, but the ride won the race.

Look away if you backed It’sourtime…

Looks Like Elvis gets his first win of the year in the @FlemingtonVRC Winter Championship Series Plate 💪 pic.twitter.com/9QgnKojPpX

If you were having a bet at Rosehill Gardens on Saturday, there’s a fair chance you were battling early on in the day. In the opener, Chris Waller saddled up the second favourite in Madame Pommery and $14 chance Osipenko, and while it was a good result for the stable with the pair running first and second, it wasn’t the result punters wanted, with Osipenko saluting in fine style.

The toughest race of the day was up next, with the weekly Highway Handicap featuring a full field of 14 runners. Although it looked good for a while for favourite punters as Comonic got a cushy run from barrier two, the reality set in halfway up the straight as the bolter of the field, Proverbial, let loose. The Lou Mary-trained galloper won in good style, saluting by 1.25 lengths as a $51 chance with online bookmakers. Talk about a tough start.

Proverbial takes out the Highway at the grand price of $53 💸 pic.twitter.com/buBMCg6yik

GET IN THE QUEUE

The Epsom Derby is one of the UK’s most famous races, with champion horses like High Chaparral, Anthony Van Dyck, Pour Moi and Camelot among the past winners. Over the weekend, Desert Crown added his name to that elite list, but in doing so, jockey Richard Kingscote barely had to move a muscle.

The Sir Michael Stout-trained three-year-old went into the race as the favourite following two wins from his two career starts, and not once did he look like getting beaten on Saturday. Once Kingscote let the favourite go at the 400m pole, the race caller summed it up perfectly: “Oh and it’s all over surely. Desert Crown has kicked right away.”

And kick away he did, saluting by 2.5 lengths to give Stout a sixth Epsom Derby victory.

DESERT CROWN provides Sir Michael Stoute with his sixth @CazooUK Derby victory and a first for @RKingscote with a hugely impressive performance in the @EpsomRacecourse showpiece 😍#CazooDerby pic.twitter.com/RaiPMMSnix