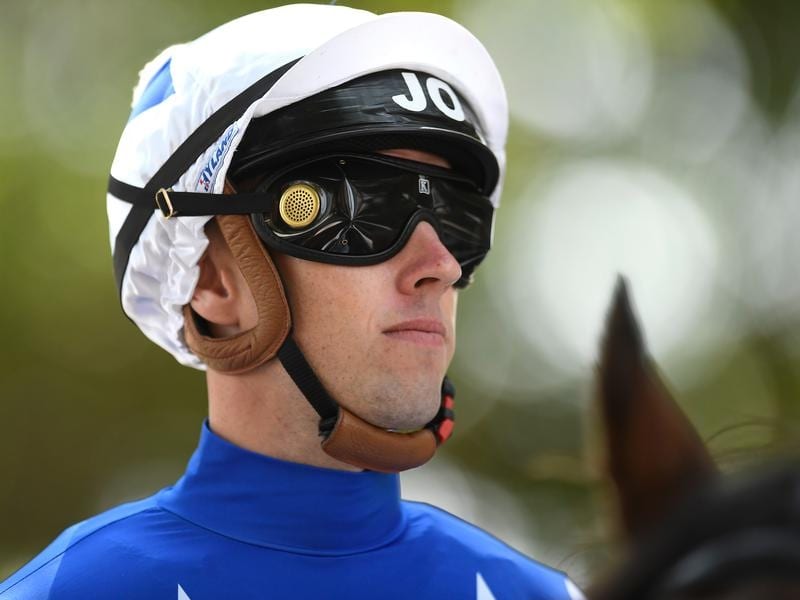 Leading Brisbane jockey James Orman is looking forward to a big weekend of riding as he partners cult figure Alligator Blood in Friday’s Goldmarket Handicap at the Gold Coast before shooting for three straight wins aboard London Banker at Doomben on Saturday.

Orman has hit the ground running this season, already racking up six metropolitan wins from 29 starts, and will look to add to his tally with another solid book of rides this weekend.

After 10 months off the racing scene, Group 1 winner Alligator Blood resumes in the Listed Goldmarket at the Gold Coast over 1200m, where he looks set to be competitive after two trials.

The Australian Guineas winner will have to carry 61kg if he is to resume a winner, but his hoop is hoping that class prevails.

“The only thing I’m worried about is the weight, but hopefully class gets him over the line.”

Drawn low in barrier two, Orman says he will be taking a sit on the five-year-old gelding, given that there is ample speed in the race.

“There’s a lot of speed in the race; Racecourse Road leads all the time, so I reckon I’ll be probably two pairs back the fence or one-out-one-back.

“I definitely won’t be leading.”

Alligator Blood is unbeaten in four goes at 1200m, but his best work has been over the mile, so Orman will be hoping to see him hit the line well as he aims for bigger targets this spring.

“It’s probably going to be short of his best,” Orman said.

“Obviously he’s a miler, but hopefully we see him hitting the line and he should be.”

The son of Tavistock has been dominant in both wins over 2200m, and although he drops back in distance to 2000m, Orman believes he will be hard to beat again.

“It’s a lot stronger race this time than last time, but he’s struck form,” he said.

“His form is good, he’s probably better ridden a little bit quieter, but probably from gate two I’ve got to hold a bit of a spot, especially around Doomben, but when these stayers start hitting form, they usually meet the form.

Alligator Blood is currently the $4 market elect in the Goldmarket, while London Banker ($3.30) is also a favourite with the punters in race four at Doomben.