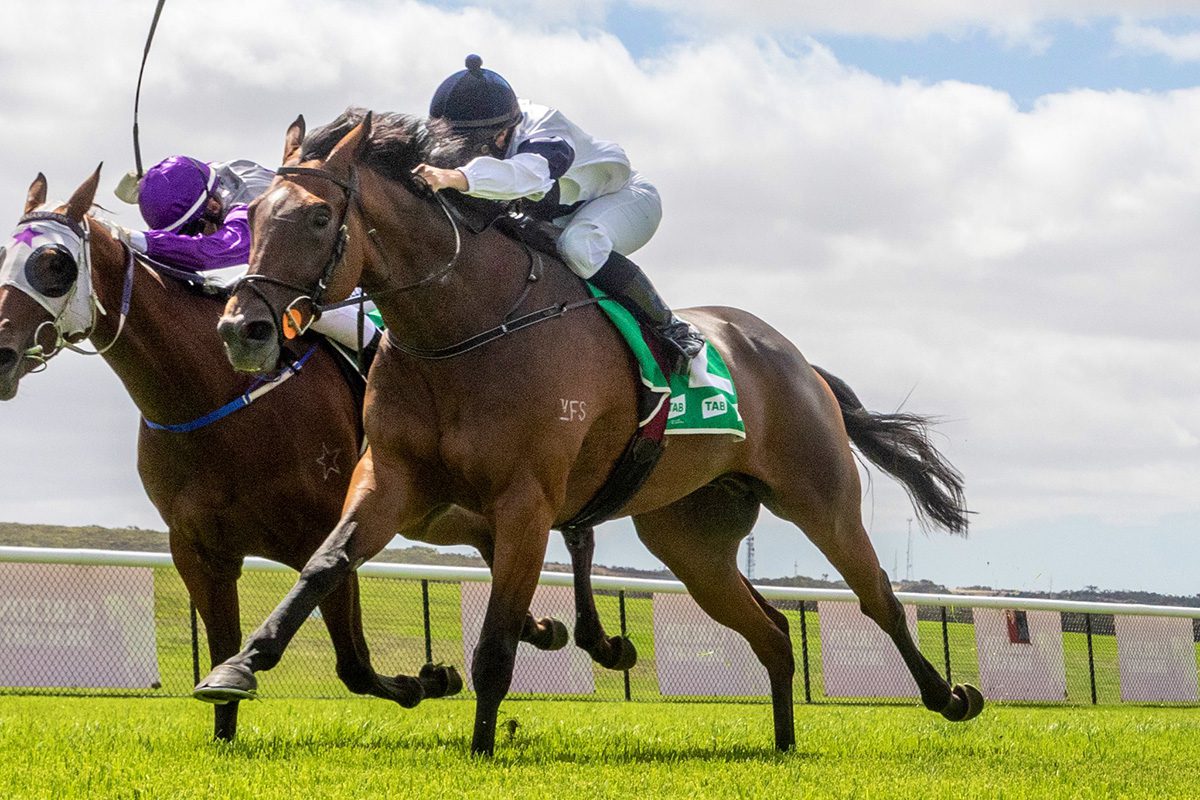 Oath Of Omerta might have won three from his past four starts, but trainer Michael Hickmott isn’t expecting a breakout run just yet in the $302,250 TAB Adelaide Cup (3200m) on Monday.

Despite his good form, the developing four-year-old gelding will be flat out trying to compete with top handicap raters Skelm (95 rating at $4.50 to win with Ladbrokes), Aurora’s Symphony (93 at $6.50) and Future Score (93 at $15).

Oath Of Omerta has been given generous odds of $21 to win and will carry 56kg with Todd Pannell aboard, with a 71 rating.

The gelding got to the front with 250m to go and showed good endurance to hold out Busker’s Ballad, for Ryan Balfour, who finished strongly.

“He (Oath Of Omerta) is still 12 months away physically from being at his best, but he always puts in a ginormous effort,” Hickmott told Race Media.

“This will be his last run for this preparation, and then we’ll look at running him for the 2800m race at Flemington on Melbourne Cup Day, or the Sandown Cup (on November 26).”

With just 10 starts to his name, it is no wonder Hickmott believes his gelding is yet to reach his best form.

“So we’re just hoping for a positive performance. The distance won’t be a problem, but the barrier (15) is not ideal.

“That’s just one of those things – you can’t change that. Whether we want him to get forward or back early on is something we still have to consider.

“There are 14 other competitive horses and it’ll be a very open race this year.”

Regardless of the outcome on Monday, Hickmott is delighted with the progress of his four-year-old, who will be the least experienced runner in the coveted feature at Morphettville.

“He’s a beautiful young horse – he’s just beautiful to look at,” he said of the stayer he owns with his wife Jade, after paying just $13,000 for him at the Inglis Classic Yearling Sale.

“I’ve never had any intention of selling him because I love him.”