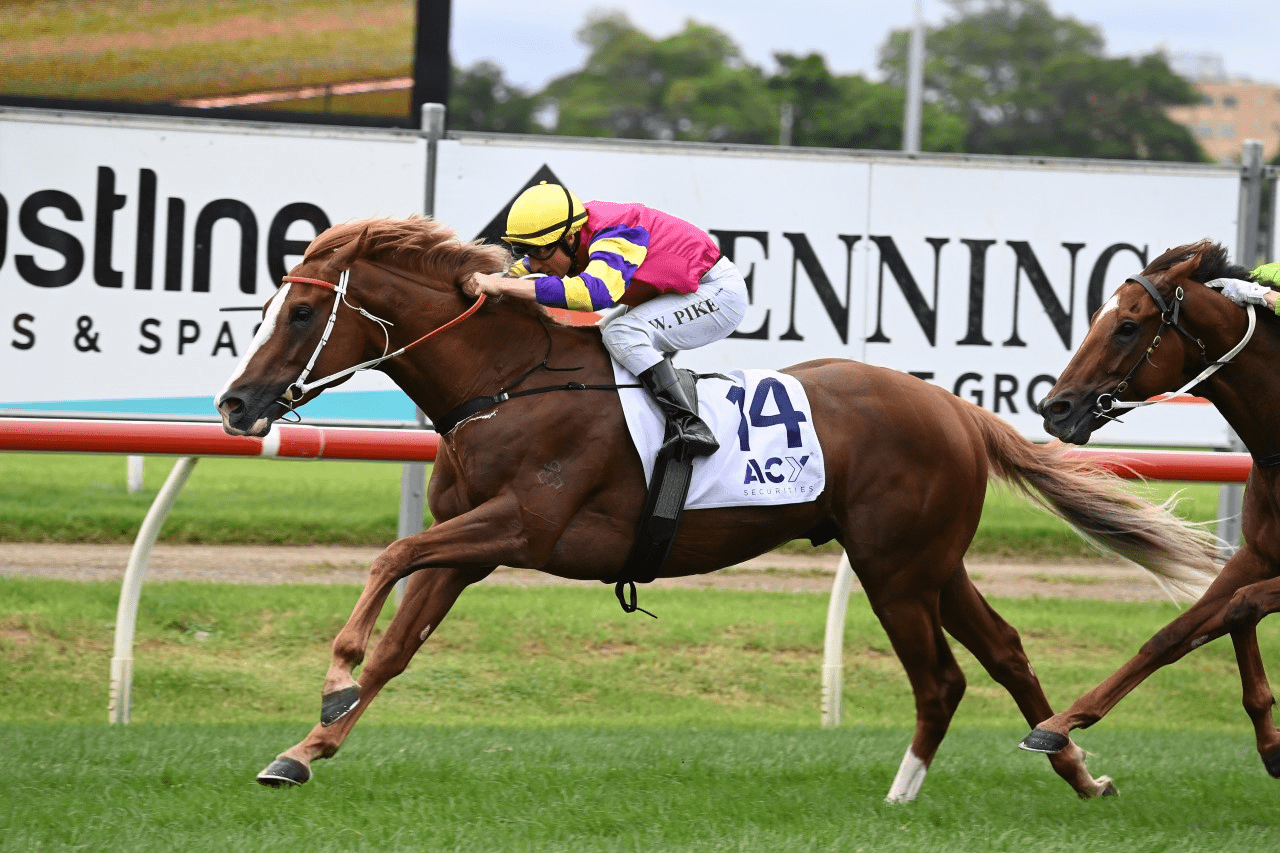 Three-year-old colt Mr Mozart brought up consecutive wins with a tough victory in the Group 3 Doncaster Prelude (1500m) at Newcastle on Monday.

The flashy chestnut son of Snitzel was well-backed into $3.30 outright favouritism after he won the Phar Lap Stakes at Rosehill Gardens on March 12, and the punters got it right as he toughed it out to defy a fast-finishing burst from Our Playboy.

Trained by Michael, Wayne & John Hawkes, Mr Mozart does not hold a nomination for Saturday’s Doncaster Mile, so a decision is yet to be made as to where he will go next, but one thing is for sure, connections have a promising horse on their hands.

Gutsy win from Mr Mozart digging deep and taking out The Doncaster Prelude! 😤

Ridden by William Pike, Mr Mozart rolled forward from a wide barrier and settle second in the run behind The Frontman, before kicking strongly at the top of the straight to fend off the challenge from his main market rival, Our Playboy.

“It was just another good judged ride by Willie. Probably our intention was to ride him a bit like last start, but I think when he took his time and the other horse led, he travelled well, he just came around the corner and let him balance up and probably got to the better part of the going.

“The part I love the most with this horse is he just fights. When the other horse came at him, he dug deep. He got through the ground well and geez I love this track. I think it was the best move they ever made, Racing NSW, to get this track for today for the races.”

Michael Hawkes couldn't of been prouder after the effort of Mr Mozart. 🙌 pic.twitter.com/RYoCtbJMFA

Pike also rode the colt to victory a fortnight ago in the Phar Lap, and although today was a tougher run in transit, he was full of praise for the colt.

“He puts himself up there in the firing-line but he’s very tough and keeps going,” the winning rider said.

“Yeah, that’s right (he had to work harder today compared to last start). We were under that tempo where I was actually struggling a little bit, around the bend they were stretching us – I had to cuddle him the whole way.

“As I said, he puts himself in the firing-line – he chooses to do it the hard way but he’s up to the task.”