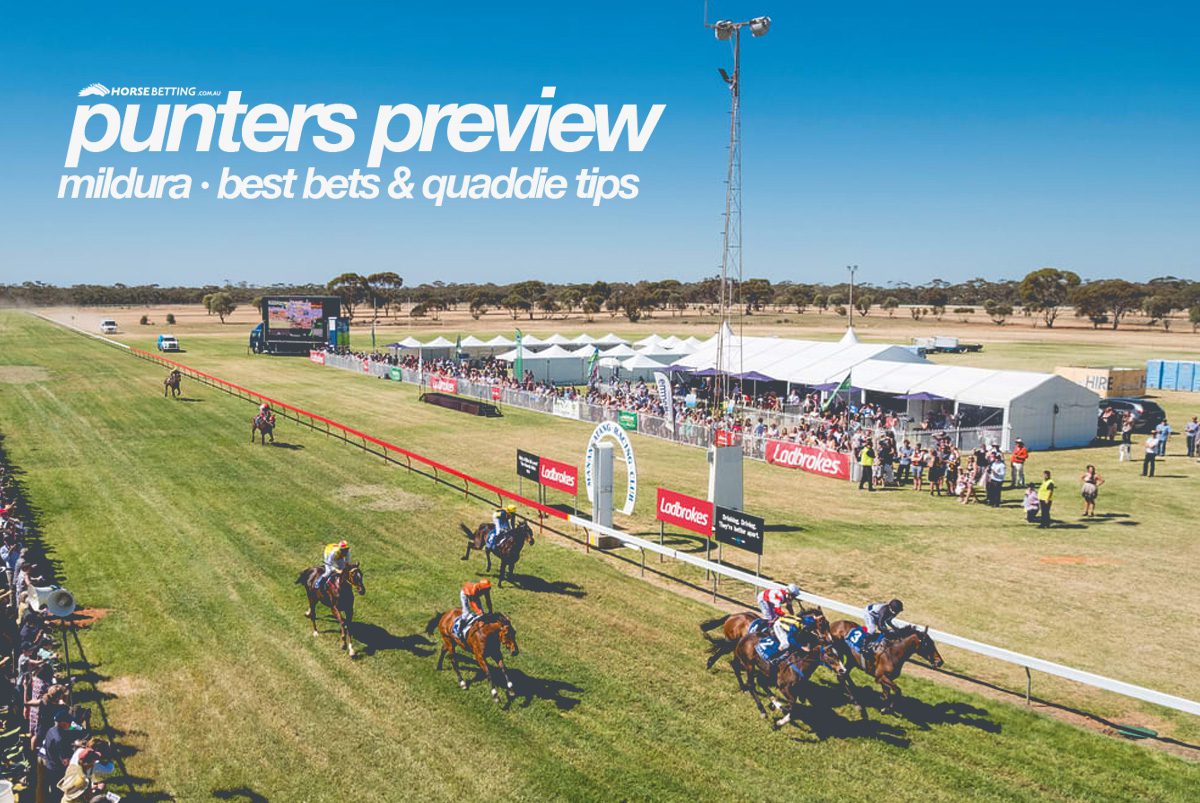 Following a winning long weekend on the punt, racing heads to Mildura on Tuesday afternoon where eight races are set to be run and won. Considering Mildura hardly has a leader/rail bias, we expect each runner to have a chance in running on a track rated a Soft 6, with the rail in the true position.

Horsebetting’s Victorian form expert presents his best bets and quaddie numbers for the meeting getting underway at 1pm AEST.

The Ciaron Maher & David Eustace-trained Senegalia has been build towards her maiden triumph having run third and second to begin this autumn campaign. The Street Boss filly managed to lead the field up at Kilmore on April 7, but ran into one better inside the final 100m, but looks perfectly placed to breakthrough on Tuesday. From barrier seven under Harry Coffey, we expect the three-year-old chestnut to roll forward once again and take up an uncontested lead. Considering she is third-up from a spell and set to gain a quiet time of it out in front, we’re happy to take the $2 with Unibet and double our money nice and early.

Next Best at Mildura – Martha Lavinia

The Henry Dwyer-trained Martha Lavinia is overdue a maiden win having run second in all four of her career starts thus far. The three-year-old filly has been trapped three wide with no cover at both of her last two runs and has ultimately found one better, who both had an easier run in transit. She draws barrier five on Tuesday and with a lack of early speed drawn underneath her, we expect Tahlia Hope to have the Toronado settle in the one-one throughout. Martha Lavina’s turn of foot is more than good enough to take out a race like this and we’re happy to load into the $2.80 with online betting sites.

When you are slow away and then travel three wide with no cover throughout, to finish a length off a winner is a fair effort and that is what Serenaur managed to do at Kyneton on March 31. The Star Turn gelding is a back marker at the best of times, so that should negate barrier 10 on Tuesday and with clear air, his best finishing burst has him right in a race like this. He is yet to run a drum on rain-affected going, but on an improving Soft 6, we expect Serenaur to be in the finish and with $10 on offer with online bookmakers, it is value we are finding too hard to ignore.