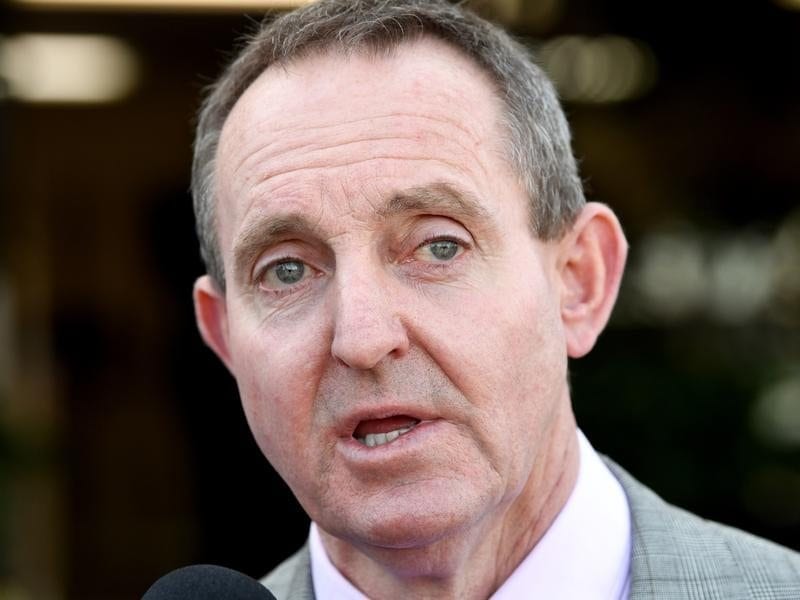 Trainer Greg Eurell is looking to It Did It Again to step up in the Manfred Stakes at Caulfield.

Fresh from a Group Three win with unbeaten filly Lady Horseowner, trainer Greg Eurell will be chasing another stakes success at Caulfield when three-year-old I Did It Again makes his return.

I Did It Again is entered in Saturday’s Group Three Manfred Stakes (1200m) for his first start since disappointing in the Blue Sapphire Stakes at the same track in October.

Damien Oliver will ride I Did It Again in the Manfred.

I Did It Again won on debut at Caulfield as a late-season two-year-old last July before being narrowly beaten at his second start in September.

He finished last of the nine runners in the Blue Sapphire Stakes won by Formality.

“I was quite disappointed in his last run but in fairness to him he had been up a long time and was probably at that point where he was just over the edge,” Eurell said.

“He went straight out for a break and I would expect him to bounce back.

“He’s given us every indication he can.”

Eurell said I Did It Again had had a trouble-free preparation building up to his return.

“He had a jump-out last week which he won comfortably and everything has gone to plan,” he said.

Eurell is yet to decide whether I Did It Again whether the three-year-old will be kept to sprints or stretched out further in distance this campaign.

Saturday’s race will give him a guide where I Did It Again is at but he believes the gelding is forward enough to make his presence felt.

“We’ve certainly been working at having him ready for this race, so I don’t think there’ll be too many excuses on Saturday,” he said.

The Darren Weir-trained Group Three Caulfield Classic winner Cliff’s Edge is nominated to make his return in the Manfred.

The 16 nominations include Prezado, who tested Nature Strip in the $250,000 Inglis Dash (1100m) in his return from a let-up last Saturday week, and the Mitchell Freedman-trained Bravo Tango who was an eye-catching third in the same race.