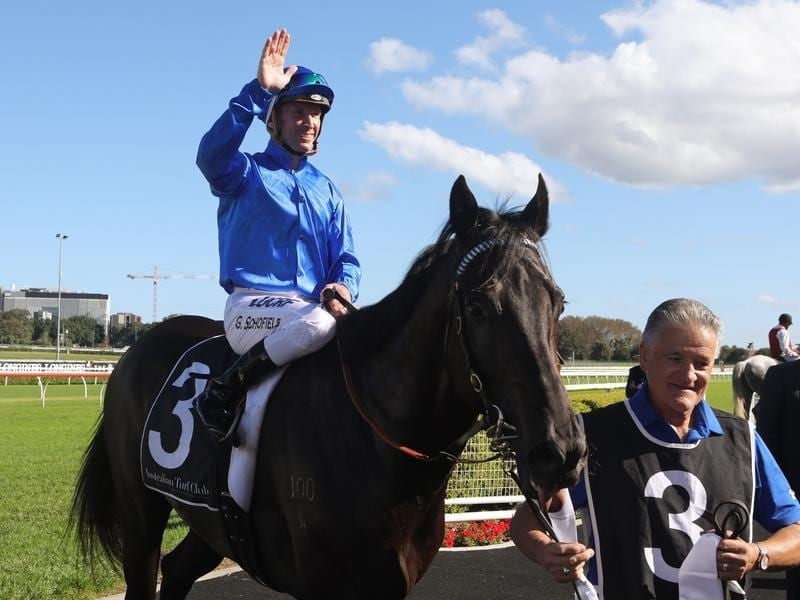 The James Cummings trained Kementari booked his place into the Magic Millions Gold Coast Cup (1400m) after a win at Doomben on New Year’s Day.

The enigmatic son of Lonhro was heavily backed in The Buffering (1350m) on Saturday, and he duly saluted, to defeat Kiku and Apache Chase.

Godolphin’s Vin Cox spoke on SEN Track’s Bensley program on Monday morning, saying that it was a planned attack for the seven-year-old.

“After The Hunter, we had decided at that point that we’d take aim at the Magic Millions wildcard and hopefully qualify him for Magic Millions race day,” Cox said.

“Fortunately, things went our way on Saturday and he’s going to appear at the Magic Millions race day on January 15.”
The now-gelding did have a brief stud career as a stallion after his brilliant three-year-old campaign, but of the 54 mares that he served, only two fell pregnant.

The two foals that are on the ground, a colt and a filly, are set to be sold at the Gold Coast Magic Millions Yearling Sale next week, setting up a rare situation where the sire of yearlings will be racing at the same carnival.

Set to do their dad proud.
A colt (left) and filly (right) by Kementari – the rarest of thoroughbreds – to go under the hammer at the 2022 Gold Coast Yearling Sale.
Their sire, now a gelding, will run in the $1M Magic Millions Cup on January 15 – days after this duo are offered! pic.twitter.com/9PeDV0uGb2

Partnered by Nash Rawiller in The Buffering, the much-maligned seven-year-old darted back to the inside of Kiku to win by half a length.

The race played right into Rawiller’s hands in the straight, with horses fanning wide on the Heavy 10 surface, which presented the Group 1-winning hoop a dream passage up along the inside fence.

“It was interesting, because we spoke to Nash before the race – Sean Keogh and myself,” Cox said.

“It was quite clear that the inside was okay, so Sean made the point to Nash that don’t be afraid to go the inside with him, we think it’s fine.


“He had drawn wide (barrier nine), so we were just fearful that Nash may have thought we have to go to the outside.
“It was a point well made by the team, and it worked out brilliantly.”

Markets are yet to be released for the Magic Millions Cup yet, however, Kementari is likely to be one of the more fancied runners with the online bookmakers.

His progeny will go under the hammer during the week, with his filly out of Mithila Lot 275, and the colt out of With Care Lot 695.

There is expected to be plenty of interest in Kementari’s two ‘rare’ and ‘exclusive’ foals.