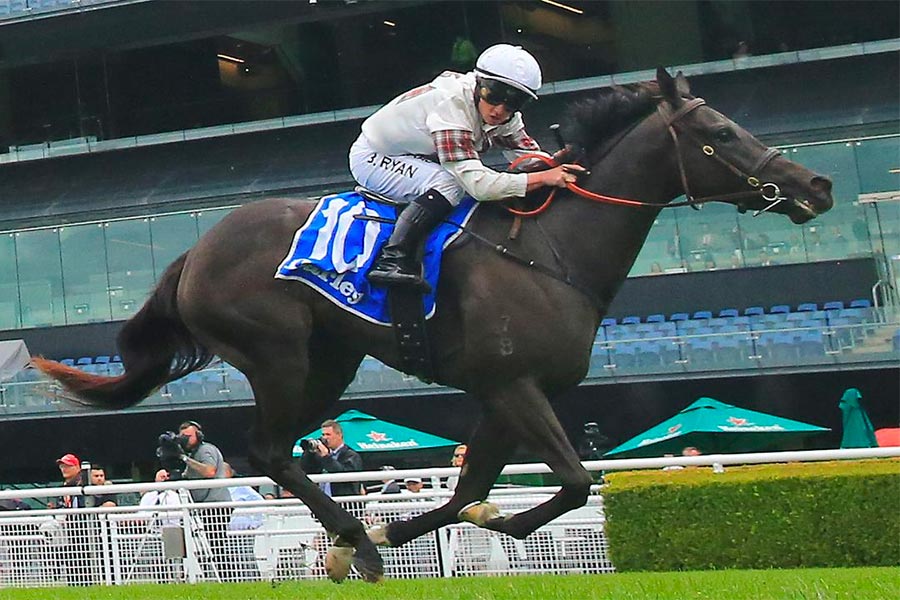 The Magic Millions 3YO Guineas favourite, Jamaea, “didn’t turn a hair” on the float to the Gold Coast on Thursday, which should have her ready to fire first-up in Saturday’s Listed Nudgee Stakes at Doomben.

The Robert & Luke Price-trained filly was last seen at the races on September 25 in the Group 1 Golden Rose, where she finished midfield behind In The Congo and Anamoe.

Having had two trials in preparation for Saturday’s race, Jamaea is “fit and ready to go” according to her co-trainer, Luke Price.

“She had two solid trials off a three and a half week break and a couple of good gallops.

“Then we’re second up into a two-million-dollar race, so I wanted to have her work already done to travel up here and get her ready to give her an easy time.”

Although the stable’s apprentice jockey Brock Ryan has had a good association with the $900,000 earner, senior hoop Tommy Berry has been locked in for her rides in Queensland.

“I think you’ll find Tom has locked himself in for the Millions pretty early,” the trainer said.

“He’s on holidays as we speak and wasn’t meant to be riding tomorrow at all, but once he trialled her the first time, he said ‘I won’t be getting off this horse wherever it goes’, so obviously she’s going well for him to say that.”

Jamaea has drawn barrier one for Saturday’s assignment, where she will tackle the returning Isotope.

Price admits that the race favourite is a quality mare, but believes his filly is up to the challenge.

“We’re taking on a good one there tomorrow in Isotope, but I’m not scared of the task, that’s for sure,” he said.
The stable are taking things slowly with their Group 2-winning three-year-old, with only some light work planned between Saturday’s race and the Magic Millions 3YO Guineas at the Gold Coast on January 15.

“I’ll get tomorrow out of the way first, but I’d like to give her a look at the course proper on Tuesday week here (Gold Coast),” he said.

“Then we might give her a gallop with a buddy on the course proper.

“But she’s in a good place at the moment, I’ve just got to keep her happy.”

Jamaea is the $5.50 second favourite for the Nudgee Classic at Doomben, where a win would see her join the exclusive $1 million club.

The filly is also very well fancied for the $2 million Guineas on the Gold Coast in two weeks, with some online bookmakers listing her as short as the $6 favourite.