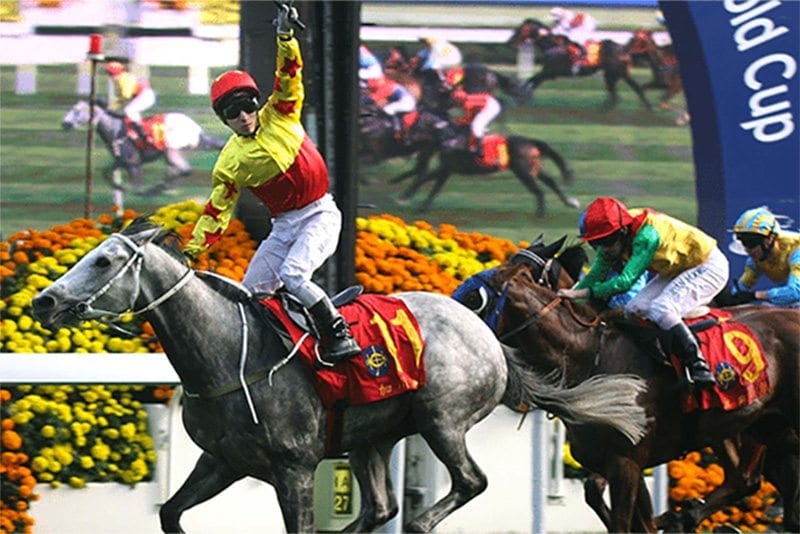 THE Hong Kong Jockey Club (HKJC) has released the racing fixture for the 2017/18 season and the racing powerhouse looks to be gaining even more ground on its rivals.

In a jam-packed schedule Sha Tin Racecourse will host a total of 50 meetings including a huge 45 days worth of racing.

Happy Valley will be the night venue of choice for the HKJC.

The racecourse in the heart of the affluent Hong Kong suburb will host 37 night meetings and just the solitary day meet, which will be held at the conclusion of October.

The feature events will be held exclusively at Sha Tin this season.

The only remaining feature for 2017 will be the Longines Hong Kong International Races, which are recognised as the Turf World Championships.

The start of 2018 will be a hectic run of events for the HKJC as the year opens with five notable racedays including the Hong Kong Gold Cup on February 25. 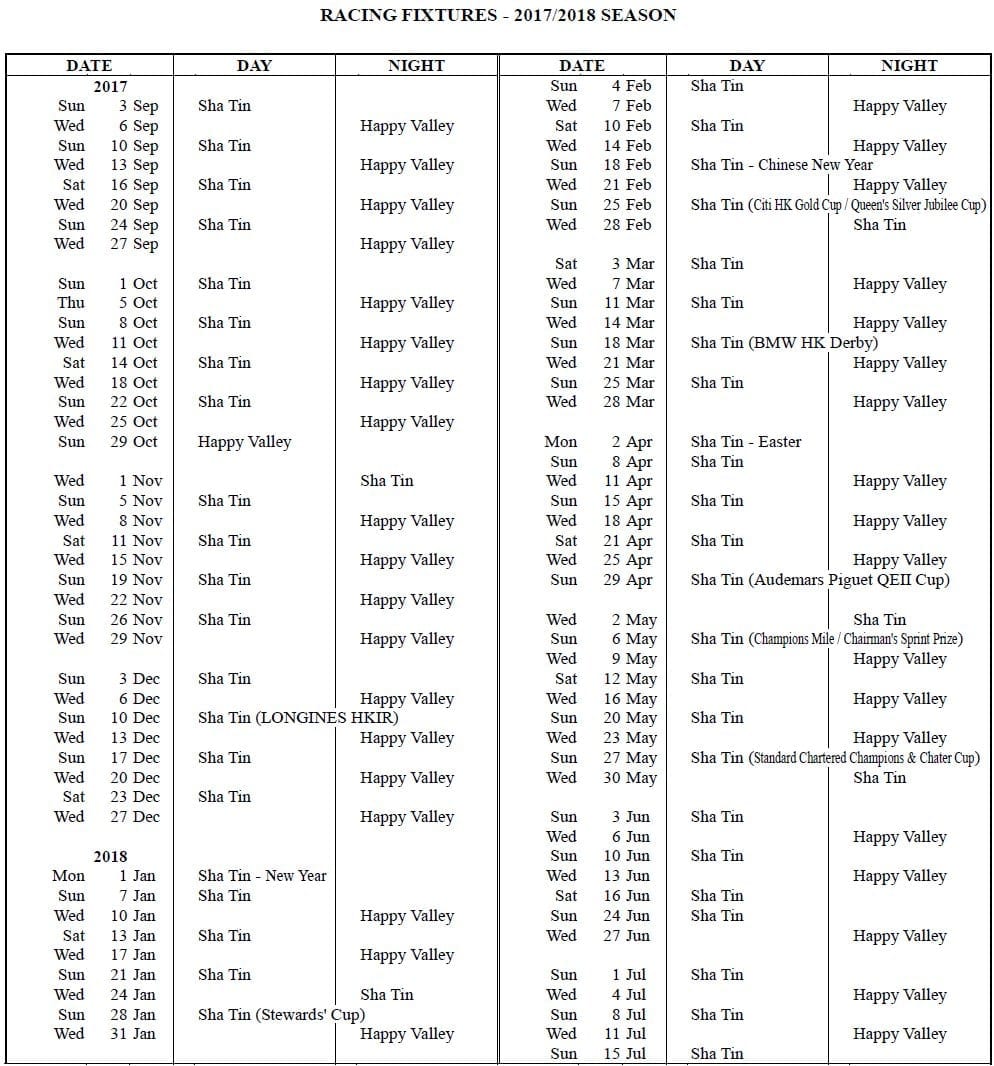