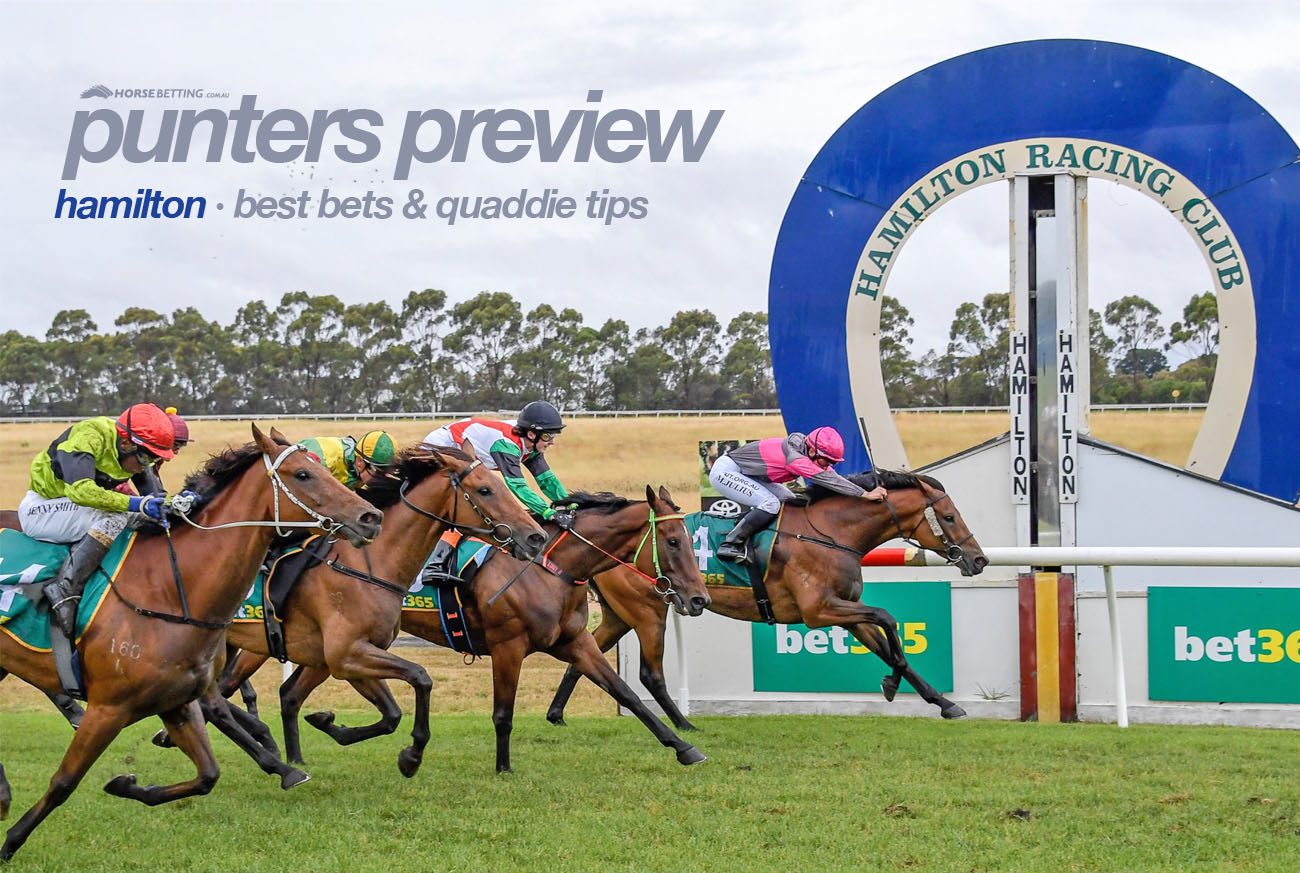 Racing heads to Hamilton Racing Club on Monday afternoon where an eight-race card is scheduled and with a bit of luck Horsebetitng’s Victorian form expert has found you a couple of winners. The track is rated a Good 4, with the rail in true position and as always at Hamilton being up on speed should not be a disadvantage.

Racing is scheduled to commence at 1:10pm AEDT.

Our best bet of the day comes up in the penultimate race of the day, where the Ciaron Maher & David Eustace-trained Bubbly Lass resumes off a seven-month spell. The four-year-old More Than Ready mare has five runner-up efforts and just one win from six starts, so we know she is a mare with above average ability but has just continually run into one better. However, this is arguably the easiest race she has contested in some time and gets back on to firmer going for just the second time in her career. She draws barrier two on Monday, but we expect Johnny Allen to have the brown mare settled towards the rear of the field. Her turn of foot is electric and without a doubt the best in the race. If she is within striking distance on the home turn, then Bubbly Lass looks a clear best bet of the day. We’re more than happy to take the $2.45 on offer from Ladbrokes.

Next Best at Hamilton – Rose Tiara

In the opening leg of the quaddie we are more than happy to be with Belinda O’Loughlin-trained Rose Tiara again have finish second at Terang on February 21. On the quick seven-day backup, the five-year-old mare remains at the 1400m and looks set to be the one who leads the field up needing to jump from barrier five. Jacob Opperman sticks on board and considering the mare sticks at the 62kg, she should be the one to run down here. She is a front-runner who likes to dictate terms and make it a sprint home. If she gains cheap sectionals out in front, look for her to offer a kick in the home straight and ultimately prove too hard to run down at a nice price.

The Bill Cerchi-trained Sunburnt returns to Hamilton following consecutive runner-up efforts at the 1100m here and then at Colac. With one win and three second-place finishes to her name at Hamilton, she clearly loves the track and is almost certain to run a strong race on Monday. Her sole win at the track came at the 1200m, the distance she steps up to as she approaches peak fitness. The four-year-old Exosphere mare will need a touch of luck from the wide barrier (#10) but if she can slot in midfield with cover, her turn of foot should take her right into the race. We are more than happy to take the $8 on offer from Neds.