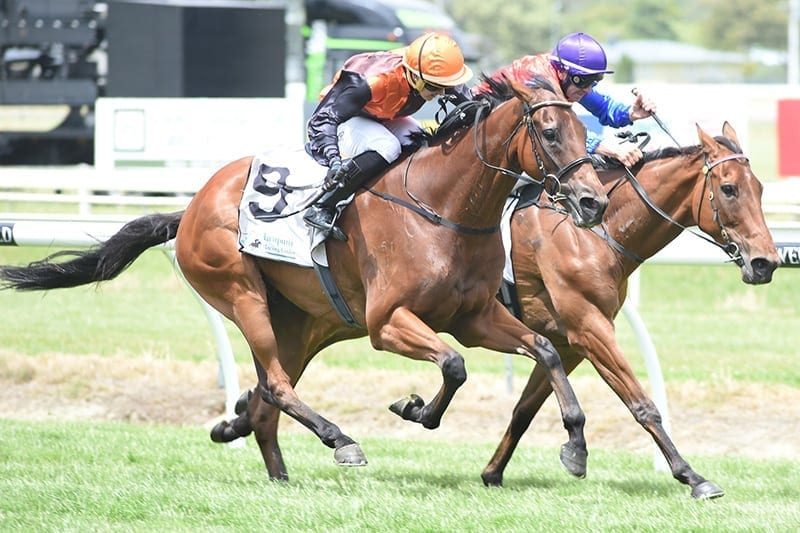 Gary Vile is taking it a day at a time with Jacksstar, but he’s hoping to get the top stayer back to raceday action.

Jacksstar, a winner of six races and over $260,000 in prizemoney, has been off the scene since he pulled up with a serious tendon injury after finishing a courageous third behind Chenille in the 2017 Gr.1 Auckland Cup (3200m).

“He tore the ligaments in his near foreleg and the tendon was hanging on by a few strands,” the Awapuni trainer said.

“To run third in the Auckland Cup after doing that at the 200 metres shows what a tough horse he is.”

Jacksstar has undergone stem cell treatment and has been given a steady road to recovery, initially being confined to a box then put out in a paddock. And now he’s back in work with Vile.

“He’s done a month’s work on the walker and I’m just taking it slowly, but I’m really pleased with him,” Vile said.

“After 17 months off, you don’t want to be in a hurry. All going well, I’d like to get him to the Wellington and Auckland Cups again. We know he’s got the ability.”

Jacksstar, a son of Zed, was beaten a mere half-head by Savaria in the 2017 Wellington Cup (3200m) two starts before his mighty effort in the Auckland Cup.

Vile is also taking the cautious approach with another of his venerable stayers, Rock On, who broke down when being prepared for last season’s Wellington Cup.

“He went in a suspensory, but he’s back in work and coming along,” Vile said. “He’s a good stayer, too, and I hope he stands up.”

The six-year-old son of Road To Rock credited Vile with back-to-back New Zealand St Leger (2500m) wins when following on from Jacksstar’s victory in 2016 to win the Listed event last year.

He was then taken to Sydney where he finished third on two occasions, including the Gr.2 Chairman’s Handicap (2600m) at Randwick.

Vile is also pleased with the progress being made by Leading Role and Dance For Money who both ran at last Wednesday’s Foxton trials.

“They both went nicely and just did what I wanted,” said Vile.

“They’ll go back to the next lot of trials then we’ll get serious.”

Leading Role hasn’t won since December 2016, but he put in some encouraging efforts last season for five placings, including a third in the Listed Marton Cup (2100m).

“He was a bit disappointing at the end of his last campaign. I may have gone to the well one too many times,” Vile said. “He’s come back well and he should be alright this season.”

Dance For Money won her debut as a two-year-old and was placed three times last season, but disappointed overall.
“She’s strengthened and I’m very happy with her,” Vile said.

“I’m happy with the team I’ve got in work. I’ve got some nice young horses showing promise.”

Those youngsters include the three-year-olds Out To Impress (by Shamexpress) and Got The Call (by Burgundy), who both won at last week’s Foxton trials.