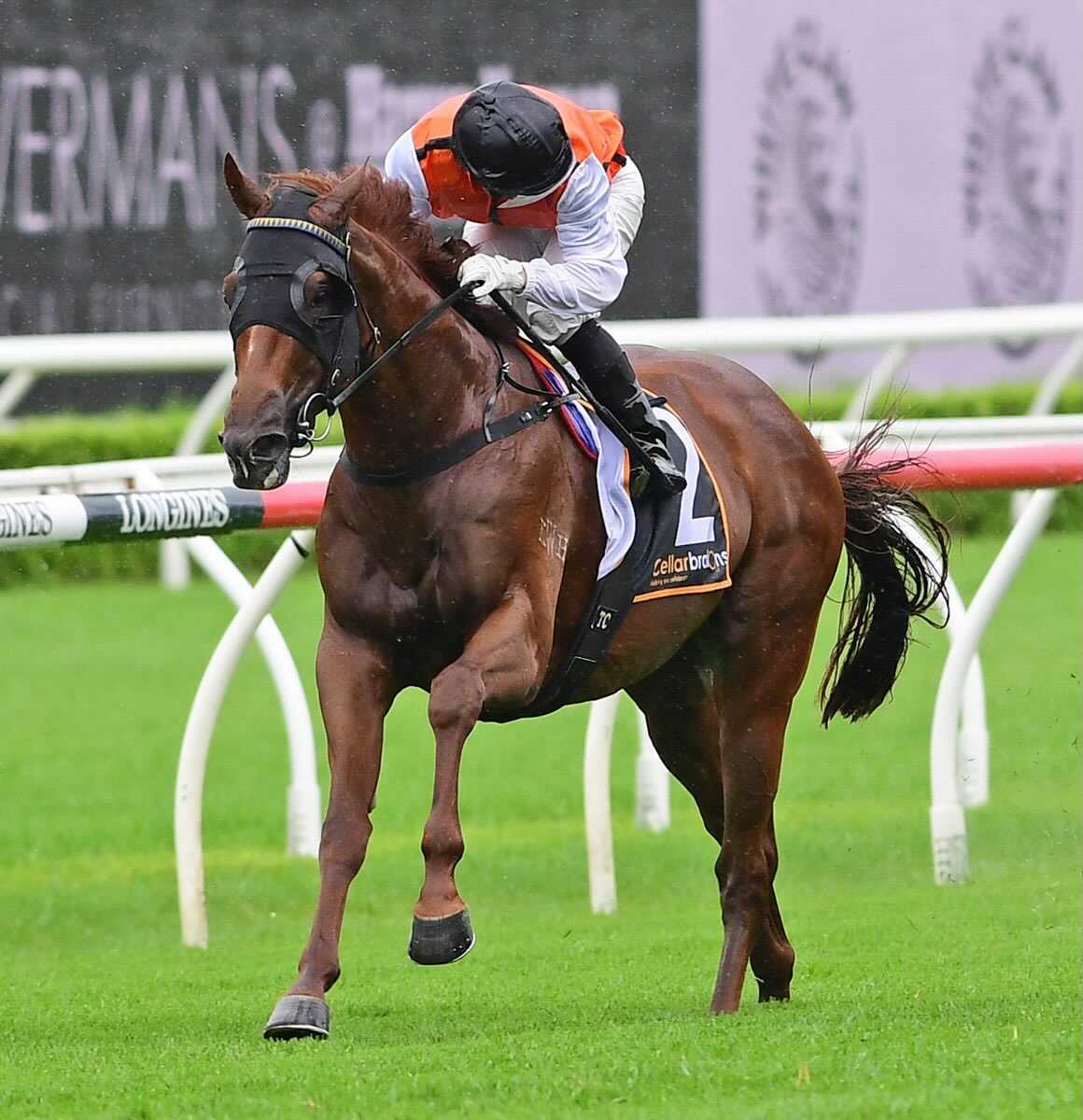 The market had the Group 3 Liverpool City Cup down to a race in two between Ellsberg ($2.60) and Atishu ($3.90) at Randwick on Saturday, and after Atishu refused to take part in the race, Ellsberg backers never looked in doubt.

It was a vintage Tim Clark ride aboard the Gerald Ryan & Sterling Alexiou-trained entire, guiding the galloper to a dominant all-the-way victory.

Despite all four of the earlier winners coming down the centre of the straight, Clark kept the race favourite hard against the running rail, proving that there was nothing wrong with that part of the track as he extended and cleared away in the 1300m race.

“He mapped like he was going to get a nice lead,” Clark said.

“When he can get things to suit and when he can control things like that, especially fresh, he’s awfully hard to beat.

“He was loving that ground and before the race Gerald asked how the inside looked, obviously had cantered around on it a few times and nothing had gone near it and it’s unmarked.

“He’s the sort of horse that if you can get him close to the fence, he will be happy to follow it. If he gets out in the middle of the track, he wanders a bit.

“The rail gave him something to be guided and it was never in doubt really.”

Gerald Ryan spoke post-race about where the talented galloper will go next, confirming that the Doncaster Handicap will be his target this autumn.

Having just missed out on securing his spot in the Villiers Stakes earlier in the summer, today’s win should be enough to assure connections of a start in the famous race.
“He’s in the Doncaster,” Ryan said.

“The plan was to run here first up and go to the 1500 in a fortnight the Ajax, then three weeks into the Doncaster.

“His first-up form is very good, his second-up form is not quite as dominant and his third-up run he bounces back so that will be the plan.”

While punters who took on Ellsberg and backed Atishu, there was an anxious wait for the Stewards to decide if the Chris Waller-trained mare would be declared a starter or no.

It didn’t take long however, with Racing NSW Stewards speaking with James McDonald and the stable’s Charlie Duckworth and deciding that she simply refused to jump.

Randwick R5 – 8. Atishu – After interviewing J McDonald and stable representative Mr C Duckworth, the mare which refused to jump, was declared a starter after having every opportunity to begin with the field. @aus_turf_club

Ellsberg firmed from $51 into $34 for the Doncaster Mile, which will be run at Randwick on April 2.