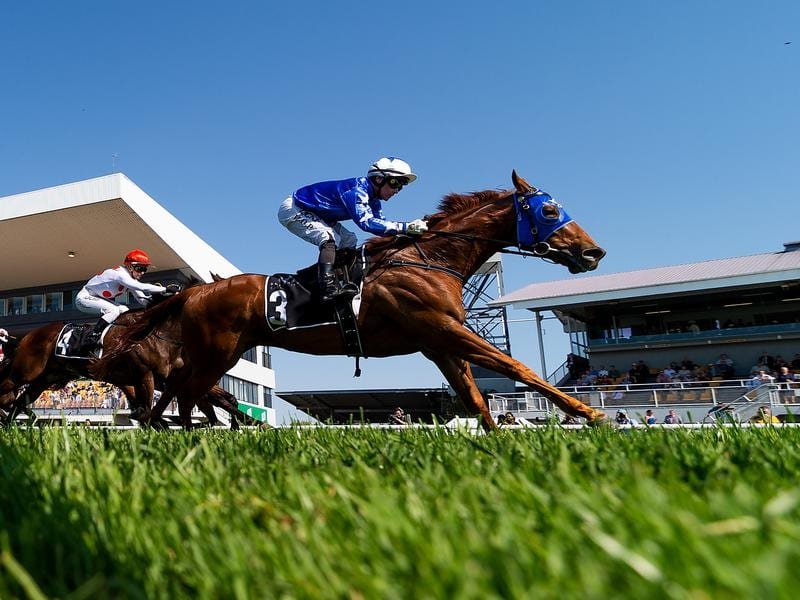 Eagle Farm has passed the halfway point in its ongoing track renovations ahead of the 2022 Brisbane Winter Carnival.

The Brisbane Racing Club (BRC) transferred meetings away from Headquarters for a 12-week period which began prior to Christmas.

Eagle Farm is scheduled to host its Girls Day Out raceday on March 12, which the club is confident will go ahead as planned.

“The track is really on schedule in terms of the recovery of the track since the renovation.

“We really made the most of this 12-week window, to introduce some Kikuyu (grass) from Doomben into the track.

“We saw that as little downside to the track – in fact, there’s a lot of benefit there of introducing Kikuyu in during this renovation period.”

Having recently torn up the surface and essentially started from scratch, the outcome of this 12-week renovation period will be make-or-break for Eagle Farm, which faces another potential rebuild that could see the track out of action for more than 12 months.

The BRC is confident that the three-month break will be just what Eagle Farm needs in order to succeed as the state’s premier racing venue.

In preparation for the first meeting back at Eagle Farm in just over four weeks’ time, the club has taken a number of steps – including aeration – to ensure the track is ready.

“Over the next five weeks, we’ve started to bring the cutting height up,” Rudolph said.

“The track team have now started to increase the program of fertilizers and also we’ve got some aeration into the track now which will help it along.

“We’re cutting it at about 50mm now, which is about just under half of what we will cut and race at.

“We’re encouraging a bit of lateral growth to encourage a bit of density in the profile of the track, and there’s a few gaps there that the team are turf plugging.”

The Eagle Farm track has faced a lot of criticism over the past few years, with a number of local trainers refusing to start their horses there due to the firmness of the surface.

“The message has been loud and clear from the industry that Kikuyu is the preference to race on, and we’ve seen how well it’s performed on South-East Queensland tracks,” Rudolph said.

“There’s two alternatives there; there’s the alternative that we’ve looked to introduce during this period here, and that is to line plant it and introduce it, and we’ve seen where that his been very effective on this track, where Kikuyu has taken over the Grand Prix Couch.

“We’ve got some time to assess that.

“In the meantime, we’ve also got a trial plot there of a full re-turf there with Kikuyu to assess as well.

“Over the coming months, we’ll certainly be keeping an eye on both of those.”

The other alternative for the Eagle Farm surface would be a full re-turf, which is a clear Plan B for the BRC at this stage.

Rudolph said that the rail will likely be placed out 8m for the first meeting back and then moved out to the middle of the track for the subsequent midweek meeting, just to give the inside lanes some more time before Group 1 racing commences in May.