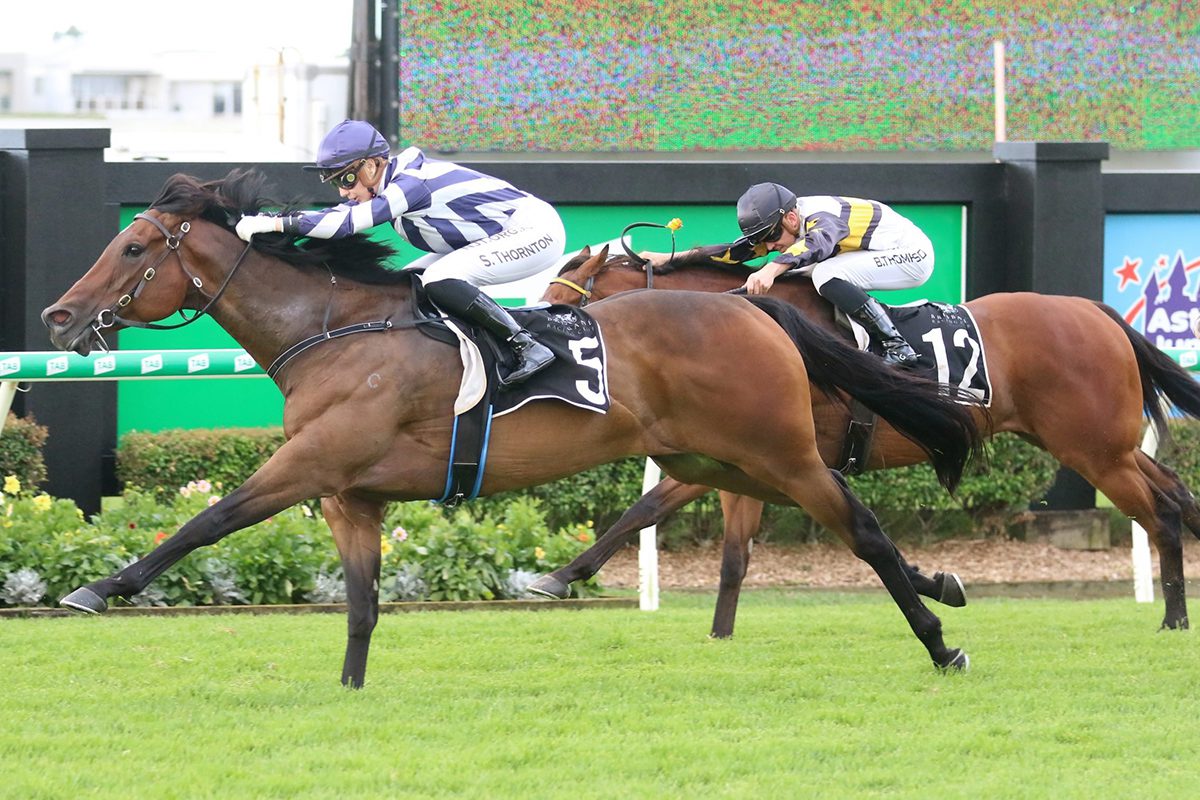 While the spotlight was on the return of Group 1 winner Alligator Blood in Friday’s Listed Goldmarket Handicap at the Gold Coast, his former trainer David Vandyke got the last laugh with Desert Lord who justified the strong market support.

The seven-year-old gelding has always had plenty of ability, but had just started to get back to his best this campaign, winning well first-up, before flashing into third place in the Listed Glasshouse Handicap at the Sunshine Coast seven weeks ago.

The son of High Chaparral was well supported from $4.60 into $3.70 with Sportsbet at the time of jump and proved the money to be spot on, winning by half-a-length over Tramonto and Totally Charmed.

The win was a big relief for his trainer, David Vandyke, who elected to scratch the gelding from Doomben on Saturday in preference for Friday’s $125,000 race.

“I was confident that he’d run well here today,” Vandyke told Sky Racing.
“I thought the 1200m with 54kg; the pace was always going to be on and it just looked a lovely race for him and yeah, it was.”

The race was set up perfectly for a backmarker after race-favourite Racecourse Road and Ef Troop cut at each other’s throats for much of the 1200m event.

The two leaders quickly came back to the field at the top of the straight, which saw runs come from everywhere, including Alligator Blood who scraped the paint in his racetrack return.

While the now five-year-old had been impressive in his first trial back before being a touch below his best in his final trial, the Billy Healy-trained gelding earnt himself a pass mark with his fourth place finish in Friday’s event.

Despite being well documented that the Australian Guineas winner would be headed to Melbourne for a tilt at the Cox Plate, that looks to be the plan no longer, with Toowoomba’s feature sprint, the Weetwood Handicap, his likely next start.

Desert Lord’s victory in the Friday feature made it a winning treble for David Vandyke, with New Zealand import Rapaport keeping his unbeaten record in-tact in race four, before Whitewater broke his maiden in good style in race five.