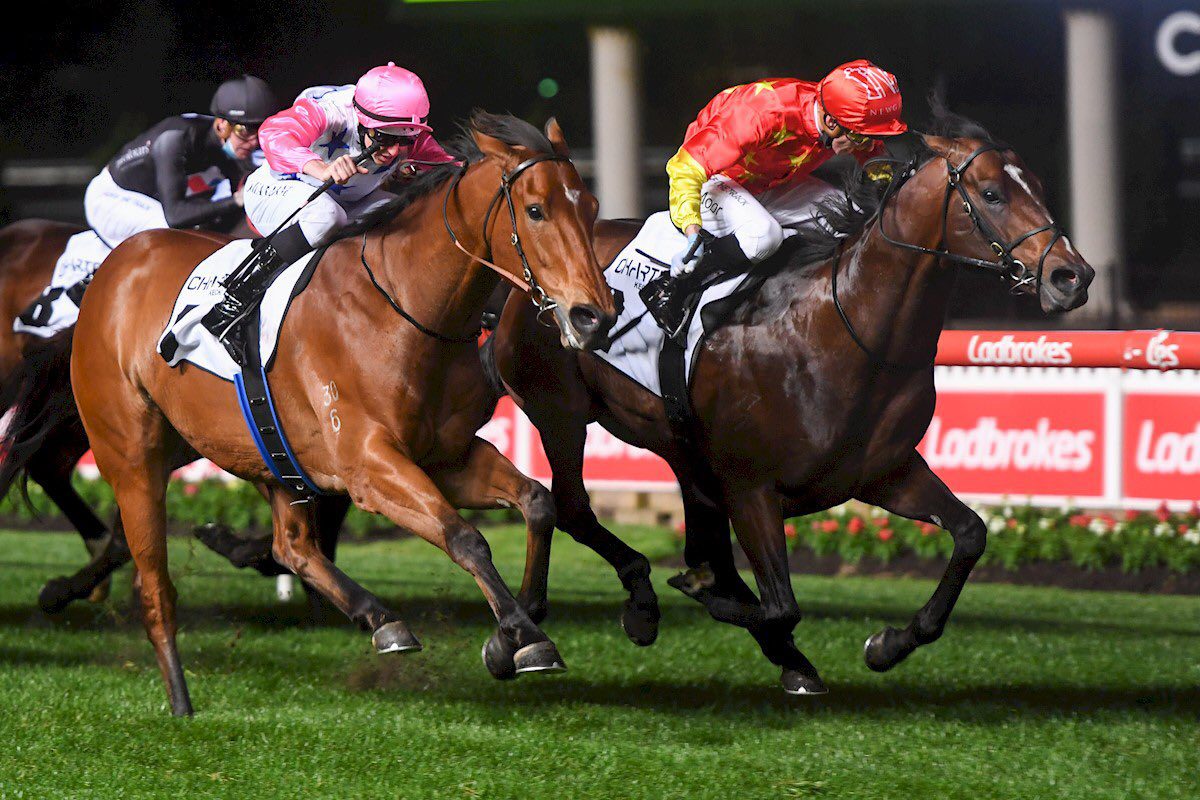 Just six days after winning his first Australian Group 1, Daniel Moor has bagged another aboard Wild Ruler in Friday night’s Moir Stakes at The Valley.

After winning the Sir Rupert Clarke Stakes aboard Sierra Sue on Saturday at Caulfield, Moor had to wait only six days to get his second which has made him even hungrier for more success over the Spring carnival.

After jumping well from barrier four, Wild Ruler settled fourth in the run on the back of the leaders and barged his way through into clear air in the straight, before exploding through the gap to fend off the challenge from the well-fancied The Inferno.

“(I’m) really thankful for the opportunities, especially China Horse Club, Newgate Farm, Henry Field and the Snowden’s, they’ve given me an outstanding opportunity here and I’m very pleased to make the most of it.”

Although Wild Ruler had not won a Group 1 prior to tonight, the son of Snitzel had five wins to his name and $1.5 million in prizemoney already, thanks to dual Listed and Group 2 victories.

The four-year-old impressed the winning jockey, who said he was one of the most “professional sprinters” he has ever ridden.

“He’s one of the most professional sprinters I have ever ridden” the jockey said.

“I rode a smart horse for the connections in Super One, but this bloke’s just a new level.”

“Everything I asked him to do, he’s just the ultimate professional, and geez he’s got a really good turn of foot.
“Electric racehorse; hopefully he can do that at stud now.”

Moor spoke after his Group 1 win last Saturday, stating that it was a lifetime’s work to get the lucrative victory, but with another Group 1 win under his belt, he is ready for more over the coming weeks.

“It’s a pretty good feeling – I sort of gave myself a little bit of celebration there.

“Different emotions last time; it’s been business as usual all week, but just a fantastic thrill to get the opportunities and more so make the most of them.”

The 37-year-old hoop puts his recent successes down to his “solid family life”, saying he gets to the RSL more than the pub.

“We came back from Singapore and said ‘right, we have to make a fist of it’,” he said.

“With that experience gained over there, and obviously opportunities is the main thing, but we’re kicking goals at the moment and it’d be nice to keep going that way.”

Moor rode a double on Friday night, having also won the Listed Stutt Stakes aboard Forgot You for Trent Busuttin and Natalie Young, the same trainers as Sierra Sue.

With a field of only five in Saturday’s Underwood Stakes, Moor does not have a ride in the sole Group 1, missing out on the opportunity to win three Group 1 races in seven days.