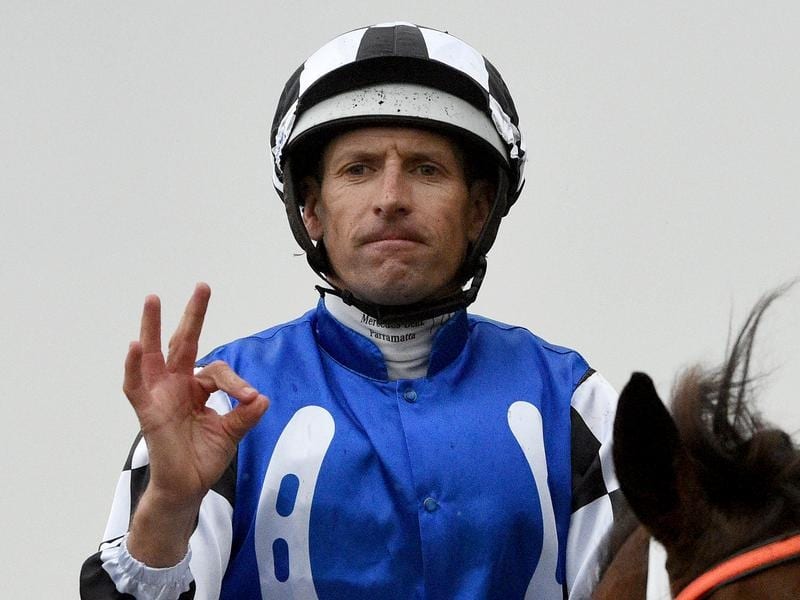 Group 1 winner Profondo will have a new rider in the Rosehill Guineas, as connections have advised that Hugh Bowman will take over from Robbie Dolan.

The $1.9 million yearling resumed as favourite in Saturday’s Australian Guineas (1600m) at Flemington, but after wobbling around the bend and copping a tough run in transit, the Richard Litt-trained colt dropped out to run 13th, 8.5 lengths behind Hitotsu.

Irish hoop Dolan has done all of the riding on Profondo in his four career starts and in all trials, but the stable will be replacing him with a 100-time Group 1 winner for his next start.

Profondo’s win in the Spring Champion Stakes (2000m) in October at just his third career start provided Dolan with his first Group 1 success, which Litt says he is “delighted” about.

PROFONDO wins the Spring Champion Stakes at his third start.

“The owners and I were delighted to give Robbie Dolan his first Group 1 victory on Profondo last year, and it was a hard decision to make this change,” Litt said in a statement.

“But when you have an opportunity to use a jockey like Hugh Bowman, who has 100 Group 1 wins and decades of big race experience, we decided it was in the best interests of the colt to make the change for the biggest races of his career.

“We would like to thank Robbie for all his efforts in helping to prepare Profondo and he is a rider I will continue to use and have an ongoing association with.”

After being three wide without cover for most of the way in the Australian Guineas, the son of Deep Impact pulled up relatively quickly in the concluding stages of what was his first run since October.

Litt said that despite the disappointing result, the horse “pulled up well” and will now return to Sydney in preparation for the Rosehill Guineas (2000m) and Australian Derby (2400m), while the Queen Elizabeth Stakes (2000m) could be a potential target on Day 2 of The Championships.

Profondo is on the fourth line of betting ($6) for the Rosehill Guineas, which will be run on March 19 at Rosehill Gardens, with that market topped by Caulfield Guineas winner Anamoe ($2.80), Randwick Guineas winner Converge ($3.50) and Australian Guineas winner Hitotsu ($5).

After his brilliant win in the Australian Guineas, Hitotsu is a dominant $3.50 favourite for the Australian Derby, while Profondo shares the second line of betting with Converge at $8.

The ATC Derby will be run on Day 1 of The Championships (April 2) at Royal Randwick.