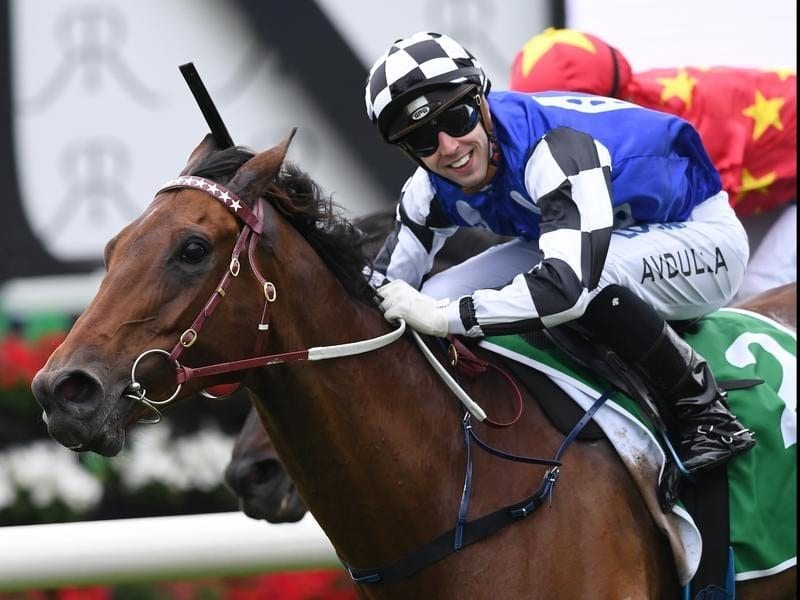 Big Duke has shown his staying prowess with a tough win in the St Leger at Randwick.

Big Duke has underlined his Melbourne Cup credentials with a display of stamina over 2600m to win the reinstated St Leger Stakes at Randwick.

He was immediately cut for the Cup from $34 to $26, with his Darren Weir-trained stablemates Admire Deus and Amelie’s Star the second and third favourites at $10 and $13, respectively.

The St Leger does not carry black-type status but its first running for some years on Saturday was worth $500,000.

“Darren thought this race was a softer option than the Herbert Power at Caulfield,” McLean said.

“It was a good, tough win and a great ride by Brenton (Avdulla).

“Obviously our ultimate aim this preparation has always been the Melbourne Cup and we really think he’s a top 10 chance in it.”

His win made up for his second to Foundry in the Group One Metropolitan Handicap two weeks ago.

McLean said the plan was to head to the Moonee Valley Cup with Big Duke as a lead-up to the Melbourne Cup, which was the path taken by the Weir-trained 2015 Melbourne Cup winner Prince Of Penzance.

Big Duke is raced by Australian Bloodstock, which also owns former Japanese horse Admire Deus, who has yet to race in Australia.