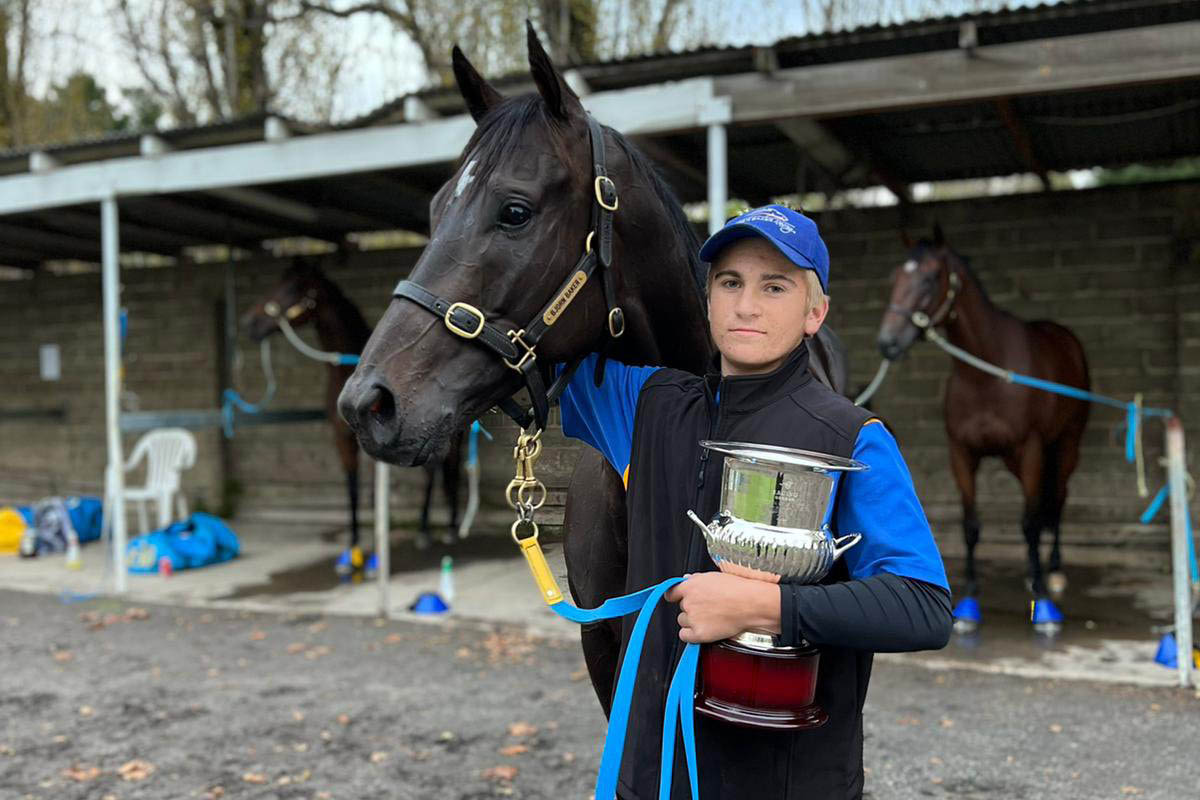 Bjorn Baker’s team loaded up four horses from his Warwick Farm base and headed out west to the Orange Showcase meeting on Friday. The stable ended the day with two winners and a second, including a quinella in the coveted $75,000 Orange Gold Cup (2100m).

Quiet Riot revelled in the heavy eight conditions to provide Baker with his first win of the day in race 6, the Orange Showcase Sprint (1000m), winning as $2.45 favourite with Unibet.

Partnered by experienced hoop Ashley Morgan, the five-year-old Fastnet Rock gelding took the lead at the 800m, kicking away and although challenged was able to hold on for a comfortable 0.78-length victory over the Chris Heywood-trained Blitzar (Jean Van Overmeire). Ecker Road, trained by Bryan Dixon was 1.08-lengths ( Zara Lewis).

Saddling up three in the feature, it was Orange Cup Prelude (1600m) winner Shameonus ($5.50) who had the better of his rivals with Morgan again in the saddle.

Ita ($4.40F) was a good 0.79-lengths second under the guidance of Lee Magorrian for the Baker stable and the Gary Portelli-trained Picaro ($5) was 2.28-lengths third for Reece Jones, making it a Warwick Farm trifecta.

Shameonus was a $5,000 yearling purchase at Inglis’ 2019 Great Southern Sale by Clarke Bloodstock. The lightly raced gelding has now rewarded his large owner group with earning in excess of twenty-times his purchase price.

Assistant Foreman to Bjorn Baker, Glen Lobb, was on course for the victory, and he praised Morgan on a good ride.

“The boys always thought this would be his go – 10 furlongs or further – Ash rode him a treat; he got out of the gate good and was sitting outside the leader and just a long way from home, I thought, ‘geez he’s going to be hard to beat this horse’,” Lobb said.

Lobb was excited to see where the gelding could get too after what was the biggest win of his career.

“He’s run here in the (Orange Cup) Prelude; he run right through the line and looked really good that day and it was probably he’s best run to date, but today has topped even that and it might be exciting to see where he will go,” Lobb said.

“He (Baker) will bring a lot out here (to the country) and we have had a lot of good horses come out here that have gone on and hopefully he is another one.”

Lobb said that the second placed Ita was close to a breakthrough country cup win. The All Too Hard mare ran a nice fourth at her previous run in the Muswellbrook Cup (1500m) on April 1 before her solid second behind Shameonus.

“She is a bridesmaid a lot of the times, but geez you’d love to own her,” Lobb said.

“The prize money just keeps ticking over with her, and in the right race and on the right day, one of these cup races; she will knock it off.”

Morgan said Shameonus travelled well in the wet conditions and was suited by the early pace set by the Clint Lundholm-trained Notabadidea in the Orange Cup.

“I know there was a doubt with the heavy track but even coming to the barriers, he moved really well on it, and he tends to be slow away, but he jumped good,” Morgan said.

“The plan was to lead, but I didn’t want to go to the fence just because of the way it has been riding today and Brooke (Stower) elected to take it up (on Notabadidea) and when the other horse went to, I was just happy to sit there.

“I was full of horse at the half-mile and probably went 100m to soon, but I thought if I’m going this well, I still have plenty of horse and they have to be chasing me on a heavy track and I was going through it really well and it was a good effort and good win,” Morgan said

“Bjorn has been supporting me with these types of meeting so it’s good to get the results for him.”