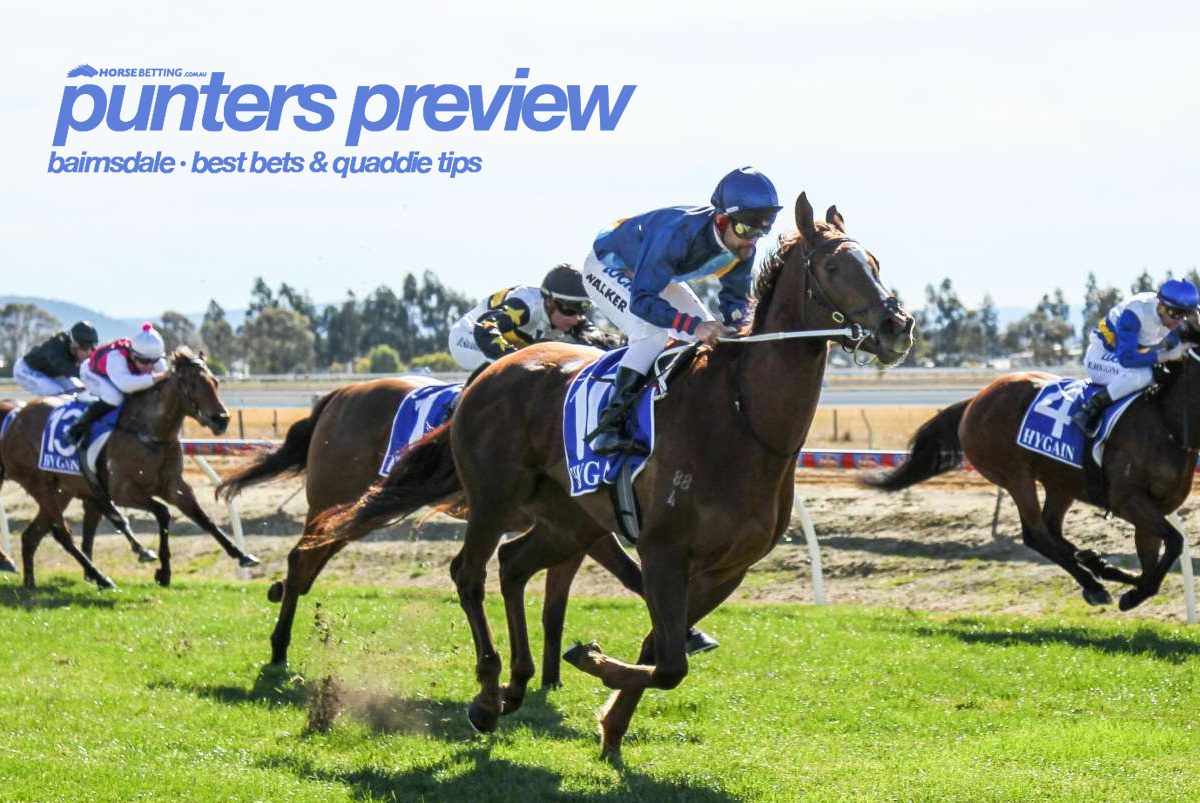 Racing heads to Gippsland on Sunday afternoon for Bairnsdale Cup Day, and HorseBetting’s Victorian tipping expert has scoured the eight-race card in search of a few winners. The track is currently a Soft 6, with the rail in the true position for the track’s big day, but with warm weather expected we should see the track improve throughout the meeting. Racing is set to commence at 1pm AEDT.

The Bairnsdale Cup over 1600m worth $70,000 is the feature event on Sunday and we are hoping dominant last Morphettville winner Black Sail can continue on his winning ways. The seven-year-old gelding showed his class when leading throughout in the Listed C.S. Hayes Cup on March 14 and considering the drop in class, he is clearly the one to beat. From barrier four with Ben Allen and 61kg on his back, we expect to see the Savabeel gelding to look for the rail once again and opt to dictate terms, in a race where he looks set to gain an uncontested lead. Despite needing to lug the big weight, Black Sail’s class should shine through in a race like the Bairnsdale Cup.

Our best bet of the day comes up in the opening event where we expect the Phillip Stokes-trained Ready Set Com to take natural improvement from his fourth place debut finish at Kilmore on March 10. The four-year-old Reset entire managed to make up a stack of ground from the rear of the field, on a day where it was challenging to do so to add plenty of merit to his run. He meets Micklewhite again who managed to take advantage of the track bias when finishing second after leading the field up but considering the Bairnsdale track is known to play fairly, we expect Ready Set Com to be a winning threat in this. With a genuine tempo expected throughout the 1600m event, look for Ready Set Com to finish off strongly and ultimately prove too hard to hold out. The $2.90 from Unibet looks a nice price to launch into.

In the second leg of the quaddie, we are giving the Darryl Blackshaw-trained Gold Ollie a big chance despite the $9.50 quote from Bet365. Having won in impressive fashion at Moe when first-up on February 20, he has since chased home the smart Ocean Chief and then found the going tough in a city class BM64. The five-year-old gelding drops back to a country level BM64 which looks more up his alley and from barrier six looks primed to gain a gun run in transit when settling in the one-one. He has short and sharp sprint under his bonnet and if Beau Mertens can unleash that at the right time, then Gold Ollie looks the one to beat at a nice price.