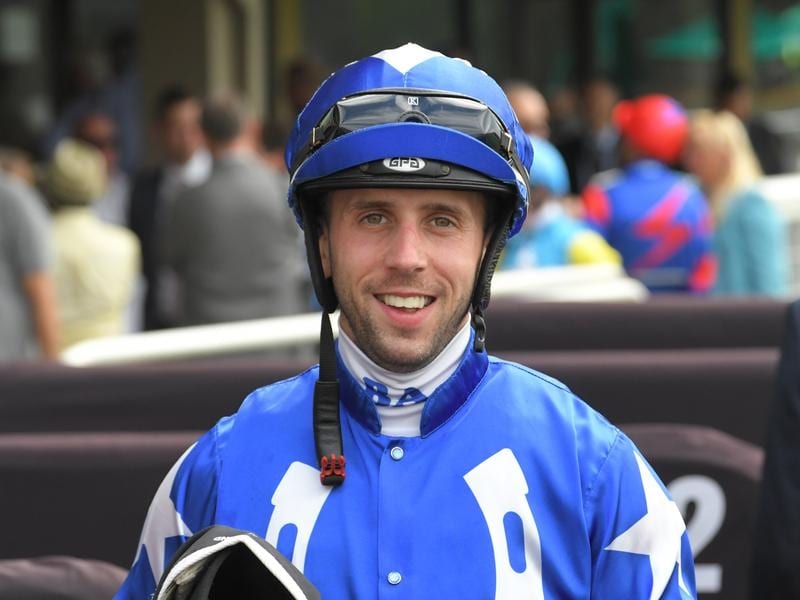 Brenton Avdulla rode his first winner back on Tuesday at Kembla Grange in what was just his fourth ride since a horrific race fall in August last year.

Avdulla was dismounted from Xtremetime in the Group 2 Silver Shadow Stakes on August 21 at Royal Randwick, but almost seven months to the day, the star hoop was back in the winner’s circle.

The returned jockey rode two horses at Rosehill Gardens on Saturday and finished worse than midfield on both occasions, but he didn’t wait around on Tuesday, booting home Champions League for John O’Shea in a Maiden Plate over 1300m at Kembla.

“Speaking with the father-in-law, and a few of those people that were on track (when he fell), when they first seen me – JT (John Thompson), obviously it was his horse, they thought I was dead there for a few minutes.

“So, it’s been hard obviously through COVID, and what a way to ride a winner for John O’Shea who’s been backing me for a long time and happy to support me.”

Didn't take long for @brentonavdulla to get a winner since returning!💪 pic.twitter.com/mBbZKdSDCv

With all eyes on The Championships, and with the first two Group 1 races of 2022 in Sydney set to be run this Saturday, Avdulla admits that he was concerned that he wouldn’t be able to get rides in town at this time of year.

Prior to his fall, the gun jockey had saluted on six of his past 45 rides (13.3%), including a feature win in the Listed Rowley Mile at Hawkesbury aboard Berdibek for John O’Shea just two days before his life-threatening fall.

“It’s hard to get rides this time of year, but I’ve been doing plenty of work and like I said, I’m very thankful for John and his connections,” Avdulla said.

“It’s nice to get that (first win back) out of the way.

“Saturday was a nice blowout; I had two 50-1 shots – the first one didn’t get to the corner and the second one was held up halfway up the straight, so I had a kind sort of day there.

“Today, first chance at actually riding a horse in the market – John had him prepped and ready to go and it was nice to get the job done.”

Avdulla has two rides on Thursday at Newcastle – Williamsburg for Gerald Ryan & Sterling Alexiou and Ruinart for John O’Shea – before heading to Royal Randwick on Saturday for “a couple of nice rides”.

“Like I said, it’s been hard to get rides, so I can understand that I’ve obviously been off for a long time and trainers and their connections probably want to see me back to my best,” Avdulla said.

“John’s supported me well – I’ve got a couple of nice rides for him on the weekend, and other stables too – Team Hawkes, Gerald (Ryan) and that, they’ve always been great support, so it’s nice to get the ball rolling and see where it can end up.

“I’m not going out there, setting too many goals for the next few months; I just want to get my body right, my head right, which I feel great and I’m very lucky to have good backing and supporting owners and trainers, and very lucky with my family supporting me too.”