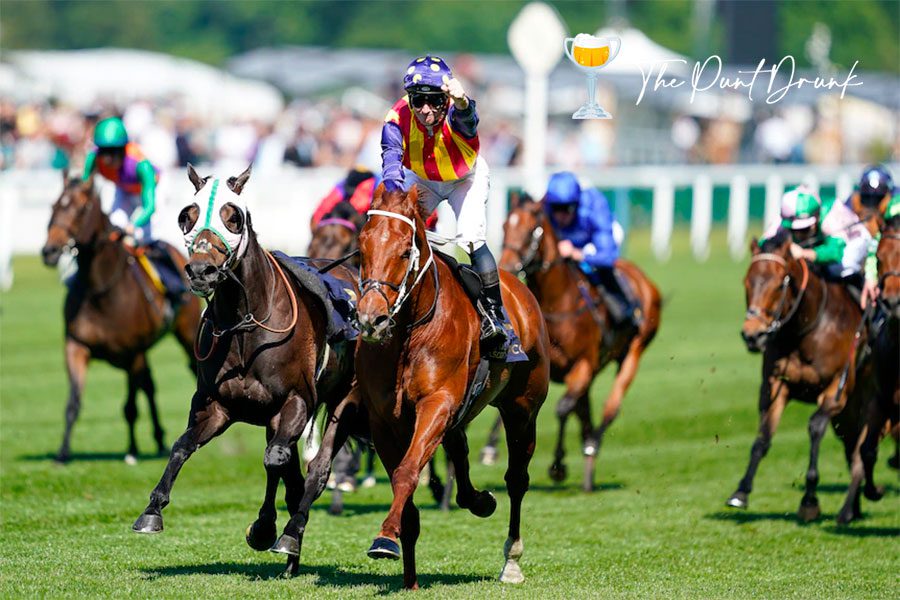 On this Friday’s edition of Punt Drunk, the team takes a look at a few happenings in the sport of horse racing from all over the world. Royal Ascot has got the spotlight this week, with some of the world’s best horses doing battle. We also mourn the passing of a Melbourne Cup champion and look ahead to what promises to be one hell of a match race at Flemington tomorrow.

All eyes have been on Royal Ascot this week, which for us in Australia is no easy feat given the time difference. There has been a particular Aussie flavour to the carnival this year, thanks mostly to Chris Waller’s two runners – Nature Strip and Home Affairs – and the Freedman three-year-old Artorius.

While Nature Strip blitzed his rivals on Tuesday night, State Of Rest proved too good on Wednesday night in the Prince Of Wales’ Stakes. The Irish horse has now claimed four Group 1 races in four different countries, and he now looks set to defend his Cox Plate crown in 2022 in what will be his final start before a stud career beckons.

James McDonald has also been dominating over there, having ridden two winners across the three days, while he will look to add to that when he partners Home Affairs in the Platinum Jubilee Stakes this weekend. The Coolmore-owned colt is a $3 favourite with online bookmakers, while fellow Australian Artorius has firmed into $15 despite drawing an inside alley. The Platinum Jubilee will jump at 1:20am AEST on Sunday morning.

We'll just leave this here for you to watch as many times as you need to… 👀 #NatureStrip #RoyalAscot pic.twitter.com/rDyhK4Ru83

It’s always sad when horses pass away, whether they be a maiden or a Melbourne Cup winner. During the week, 2010 Melbourne Cup hero Americain lost his life. The horse sustained a fatal paddock injury and was humanely euthanised, with this injuries too great to try and save him.

Having stood at stud for a number of years in Australia, the French champion has plenty of his progeny running on racetracks – three of which race on Saturday, including our best bet at Flemington. Americain Angel will be out to do her sire proud, no doubt, and now she might get a little more help from above.

'What's a race from the past that puts a smile on your face?'

Americain for France in the 2010 Melbourne Cup was magical. 🇫🇷

RT with a race that made you smile. 😃 pic.twitter.com/VT5Hch4sTg

Speaking of Flemington, the Listed feature at that track on Saturday is the A.R. Creswick Stakes, which will be run down the famous Flemington straight over 1200m. The market has it down to two main chances, with Star Patrol and Passive Aggressive sharing favouritism on most betting sites.

Star Patrol is unbeaten this preparation, winning all three of his starts by a combined 14 lengths. While Passive Aggressive hasn’t gapped her rivals to that extent, with a combined winning margin of 8.6 lengths across her three starts, she is out to keep her own unbeaten record in tact.

The $160,000 sprint is shaping to be one hell of a race between two highly promising three-year-old sprinters.