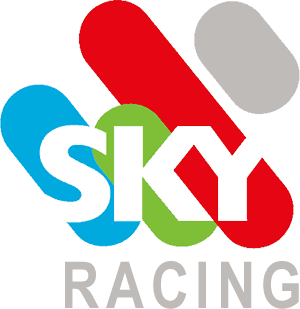 HorseBetting’s Western Australian racing analyst brings you his top tips and quaddie selections for the the nine-race program for Lee Steere Stakes Day at Ascot this weekend. The track is rated a Good 4, the rail is out 8m for the entire course, and the first race is set to jump at 12:39pm AWST.

We are now just two weeks away from the first Group 1 race of the season in Western Australia, with a number of horses using the 1400m Lee Steere Stakes as a stepping stone into the Railway Stakes over a mile in a fortnight. Dance Music was a tough winner of the Northerly Stakes at this track and distance on October 16 when defeating Massimo and Valour Road by a narrow margin, and while she does rise 1.5kg, she meets Massimo on level weight again and Valour Road only 1kg worse off, but Dance Music should take plenty of improvement into her second-up run. Drawn out in barrier nine for Brad Parnham, this Simon Miller-trained mare is likely to roll forward and be in the race for a long while. At the each-way odds, we are keen to play. We will be keeping a very close eye on 2019 All-Star Mile winner Regal Power, who closed nicely in the Northerly in first run back since February.

In the second leg of the quaddie, Simon Miller and Patrick Carbery combine with promising three-year-old gelding It’sarayday. The son of Winning Rupert has had three starts for two wins and a second after tasting his first defeat last time out in the Listed Belgravia Stakes. The gelding tends to race in the first few horses, so barrier five should allow Carbery to settle in the first two pairs and put him well and truly within striking distance over the 1400m trip. The rise in distance is going to suit this talented youngster, while he also beat three of his rivals comfortably in the Belgravia, which was the main lead-up to this Listed event. It’sarayday should be back in the winner’s stall on Saturday.

Next Best at Ascot – Pure Devotion

In race three, apprentice jockeys will fight out the WA Apprentice’s Cup over 2200m. The top weight in the race, Pure Devotion, will be partnered by Jett Stanley, which will see the mare’s weight drop from 59kg to 56kg. The four-year-old daughter of So You Think has had one start over this staying trip before and finished second, while she has also placed at Listed level twice and in the Group 3 WA Oaks over 2400m, so she brings plenty of class to this field of nine. Trained by powerhouse stable Grant & Alana Williams, Pure Devotion should get the run of the race from barrier five, stalking the leaders before letting down strongly late. Stanley has hit form recently, riding five winners from his past 20 starters, so he will go into this race with plenty of confidence.

Rounding out the card is a 1200m Rating 66+ and we are quite keen on Universal Pleasure. This Stefan Vahala-trained mare won four races in a row from January to March before failing to beat a runner home on May 22 in her sole run for that campaign. The stable quickly put her back in the paddock and gave her a bit of time before she returned to the races at Ascot on October 23, when she was very game in defeat. Laqdar Ramoly has a very good affiliation with this mare, having ridden her in her past seven starts, so he knows the horse very well, and his 2kg claim is beneficial. Drawn in barrier five, Universal Pleasure is likely to lead the field over 1200m and take some serious catching with extra fitness under her belt. The Universal Ruler mare has never been out of the first two at Ascot, while 1200m is her pet trip. This is winnable.