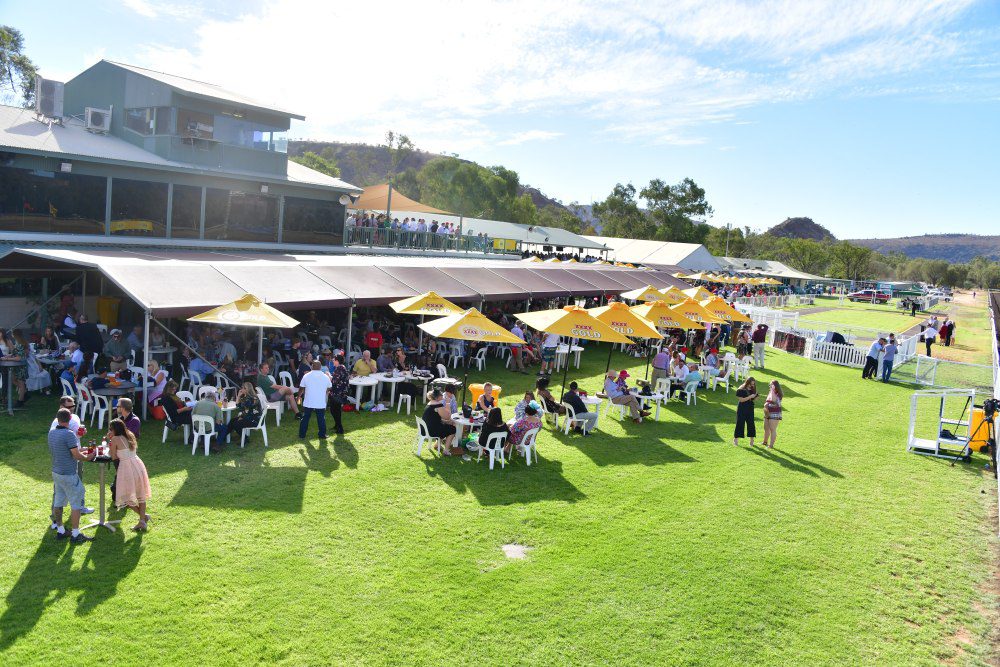 A last start winner against 0-58 opposition when she blitzed her rivals by eight lengths. Making the big step up against rivals with more class, but City Jet (Jessie Philpot) looked great on April 2 and the Trevor Montgomerie stable is flying. Will Savage’s Cut It Out (Casey Hunter) is a big threat after winning on debut in Alice on March 26 and Phil Cole’s Mini Boom boasts outstanding form. Madam Mischief, Celtic Belle and Dream Dreamer are capable of making an impact.

Trevor Montgomerie’s A Thousand Degrees (Wayne Kerford) has been racing well since arriving in Alice Springs. A win and a second was followed by success against 0-62 class last Saturday over 1000m. Carries an extra 2kg on Saturday. John Peacock’s Super Famous (Casey Hunter) should not be far away after a terrific win on debut in the Red Centre on April 2. Phil Cole’s Colhoun (Wayne Davis) caught the eye last Saturday finishing second against 0-66 class. Harpuna, Liberty Blue and Siakam are not out of it.

The last serious hit out for the field of six sprinters before the $100,000 Pioneer Sprint (1200m) on May 1. Kerry Petrick’s Our Luca (Casey Hunter) is in tremendous form with three wins and two seconds in his last five starts. Definitely has the form on the board. Tayarn Halter’s talented NT sprinter Eastwood (Paul Shiers) returns from a spell, but spots Our Luca six kilograms. Trevor Montgomerie’s Bryan’s Babe (Jessie Philpot) and Lisa Whittle’s Mathematics (Paul Denton) are racing well. Devil’s Temptation and Arrogant Miss might find it tough going.

A prelude to the $110,000 Alice Springs Cup (2000m) on May 1 and last year’s Cup winner might prove hard to beat. After racing in Melbourne late last year, Garry Lefoe’s I Am The Fox (Paul Shiers) returned to Darwin on March 25 finishing second behind 2020 NT Derby winner Budget King over 1600m. Phil Cole’s Military Zone (Wayne Davis) is tipped to improve after a first up second over 1600m last weekend. Will Savage’s Masaru Warrior (Casey Hunter) has struck form of late, while Coin Collector and Halogem are the best of the rest.

Missed the start last Saturday before storming home to finish a narrow second behind the in-form Tanner over 1200m. He should have won the race. With a bit more luck and a 5kg drop in weight Greg Connor’s Bar Gem (Jessie Philpot) is a big chance. Trevor Montgomerie’s Well Known (Jarrod Todd), Mark Nyhan’s Jet Jackson (Sonja Wiseman), Lisa Whittle’s Desert Lass (Paul Denton) and Russell Bell’s Wayanka (Lorelle Crow) have done nothing wrong of late in what should be a highly competitive race.

Scott Whittle’s Yowza (Wayne Kerford) will take a power of beating if last Saturday’s narrow loss on debut at Pioneer Park to Sedona is any guide. That was against 0-58 opposition, so it appears that only bad luck will be his only hurdle. George Cooke’s Rockford Files (Lorelle Crow) and Will Savage’s Saiken (Casey Hunter) have regularly finished among the place-getters since the start of the year. Super King and Xtra Fun are the only starters, but the pair are battling.

Unbeaten in seven starts, Terry Gillett’s Dakota Lee (Stan Tsaikos) is currently the shining star in NT racing and will start as a very short-priced favourite in the Red Centre’s feature three-year-old race of the year. Has been unstoppable and prevailed by five lengths when the filly faced most of the runners she will meet in the Guineas over 1400m a fortnight ago. Dakota Lee also drops 4.5kg after that win. Greg Connor pair Flying Start (Jessie Philpot) and Manhattan Man (Jarrod Todd), Lisa Whittle’s Omoplata (Wayne Kerford) and Phil Cole’s Bartolini (Wayne Davis) should be fighting it out for the minor placings.