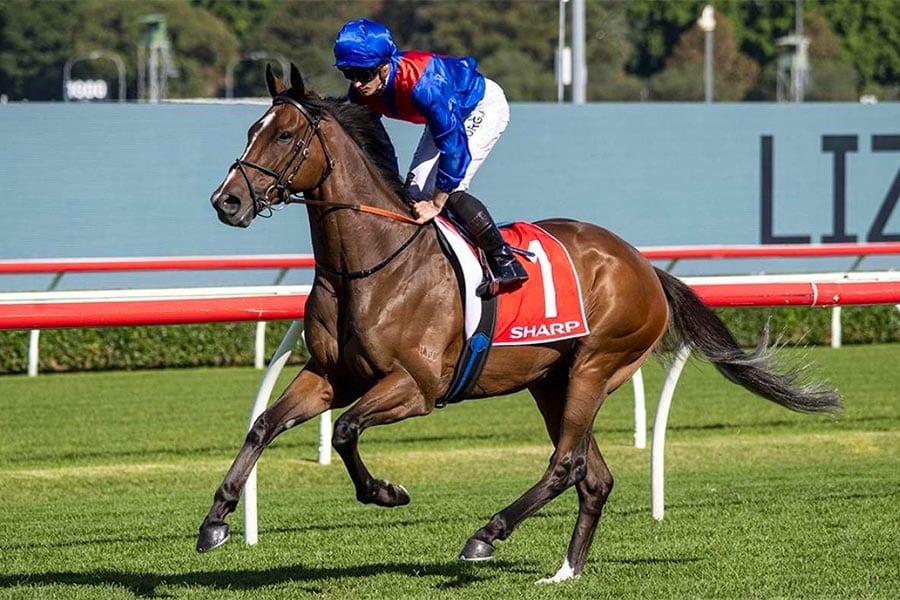 Zaaki has been crunched into $4.20 favouritism for the 2021 Cox Plate after a devastating win in Saturday’s Group 1 Doomben Cup.

Lining up in just his fourth Australian start, the well-backed favourite put his rivals to the sword to win by seven lengths in the $700,000 feature.

After sitting outside the leader, Brandenburg, the six-year-old gelding did not wait around for his rivals, taking off at the top of the straight and delivering one of the most dominant Australian Group 1 wins in recent years.

It was English trainer Annabel Neasham’s second Group 1 victory in a matter of weeks, and she now has her sights set on one of our major titles.

“I can’t wait for the Cox Plate,” Neasham said.

Zaaki, a son of Leroidesanimaux, blitzed his rivals in the Group 2 AD Hollindale Stakes at the Gold Coast a fortnight ago to solidify his spot at the top of the market in last Saturday’s feature 2000m event.

“The Hollindale was easy to watch,” Neasham said.

“I knew he was a very good horse, he just hasn’t taken a backwards step with me, but wow.”

The new star of WFA in Australia!

Zaaki was given a perfect ride by champion hoop James McDonald, and the Kiwi was full of praise post-race.

“I know we saw a great performance at the Gold Coast, but this one – he felt terrific today and relaxed nicely,” McDonald said.

“He is a push-button horse and we are now figuring out what we can and can’t do.

“His performance wasn’t bad for a horse that just beat non-winners last time.”

Zaaki is now the raging favourite for the inaugural running of The Q22 at Eagle Farm on Stradbroke Handicap Day, but the Cox Plate is now the clear target for the stable.

“It’s tempting but I don’t want to be greedy,” Neasham said.

“I would have to have a loot at how much it eats into a spring campaign.”

The former international ran a strong 2:01.06 for the Doomben Cup, just half a second outside Might And Power’s race record and the second quickest time in the race’s history.

While Saturday’s Brisbane feature unearthed Australia’s next weight-for-age star, the curtains closed on two champions of the turf – Melody Belle and Humidor.

Sir Dragonet and Mugatoo were considered the main dangers to Zaaki, but both runners were below their best, finishing 17.5 lengths and 49.5 lengths respectively behind the winner.

Post-race vet reports discovered the 2020 Cox Plate winner to have pulled up coughing, while the reigning All-Star Mile champion was declared lame.