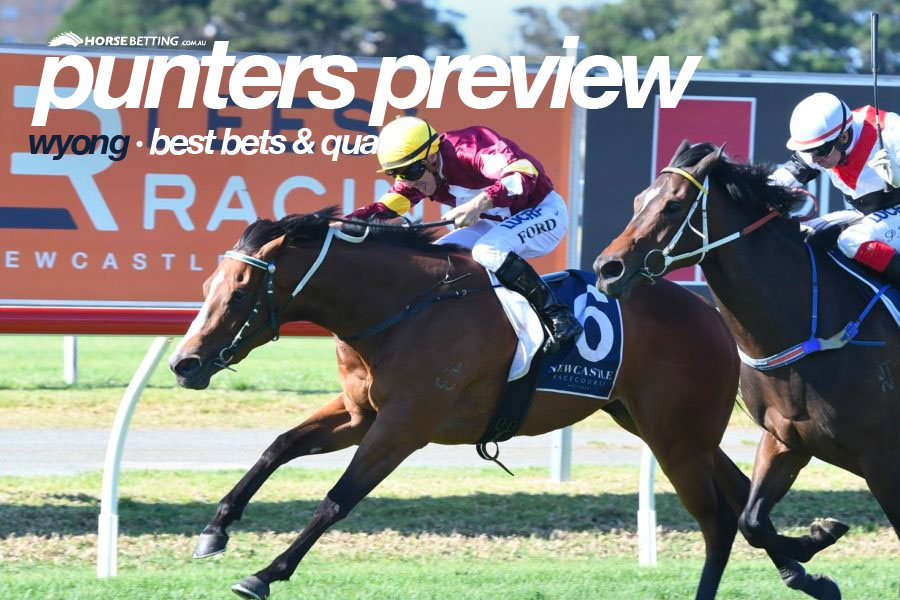 HorseBetting’s New South Wales racing analyst presents his best bets and quaddie selections for the eight-race provincial meeting at Wyong Race Club on Thursday afternoon. While the weather may be fine, the track is rated a Heavy 8 after the region has experienced relentless rainfall over the past month. The rail at Wyong will be out 4m from the 1350m to the 1000m and just 3m for the remainder of the course. Racing is set to begin at 1pm AEST.

John Thompson saddles up Aircraftman in the fourth race of the afternoon in a 1200m 3YO Maiden Plate. The gelding by Starcraft hasn’t been too far away in his three runs this time in, finishing runner-up in two of those performances, while he was found out second-up at Canterbury when a beaten favourite. The three-year-old came through that disappointing second-up run and returned to form at his next start, finishing second to the odds-on favourite, The Art Of Flying, over 1250m on a Heavy 10 at Canterbury. He faces provincial company for this first time this campaign and has drawn well in barrier six to land in a handy spot and put himself in the race at the turn. He can finally break through for a win here.

Next Best at Wyong – Antonio Giovanni

Antonio Giovanni is one galloper we have always had a bit of time for, so we are confident that he too can break through for win number one at start six on Thursday. The son of All Too Hard was not beaten far on debut behind Moridan who subsequently raced in the Golden Rose albeit ran last. Since his debut, Antonio Giovanni has been to Melbourne, where he lined up in the Group 3 Neds Classic behind Gunstock and Australian Oaks winner El Patroness before finishing second last in the Moonee Valley Vase behind Forgot You. He has looked good in two trials leading up to his first-up assignment, so he should take some beating in a pretty weak race at Wyong. This looks his race.

Next Best at Wyong

The Hawkes stable saddle up three-year-old filly Poetic Drama in the second race of the day, where she can be getting her maiden out of the way at start six. The daughter of Prosir has placed on just one occasion in her five career starts when second at Bendigo behind Star Midfield back in September. Now in New South Wales, Poetic Dreamer has run well when fourth in her two most recent starts at Canterbury and Hawkesbury respectively. Most recently, she closed off well behind Lukey Luke over 1500m on a Heavy 8, so she should enjoy the rise to 1600m. Brenton Avdulla hops aboard from barrier eight, which will ensure she gets every chance to get the job done. This is within reach.