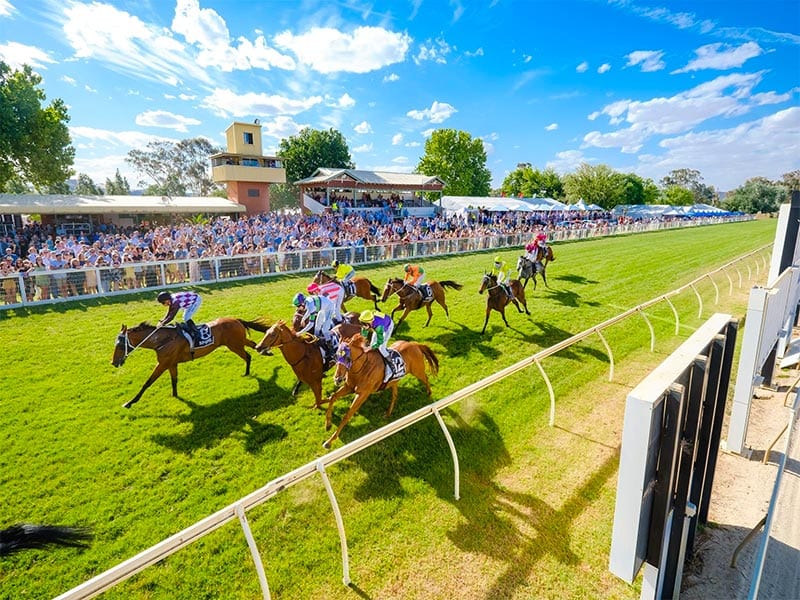 The week of racing in Victoria kicks off with an eight-race card at Wodonga on Monday afternoon and Horsebetting’s Victorian form analyst presents his best bets, free quaddie selections and odds from Australia’s leading online bookmakers. The track is rated a Soft 5, with the rail in the true position, for the meeting commencing at 1:30pm AEST.

Please note this meeting has now been transferred to Wangaratta

In the final leg of the quaddie, the Lloyd Kennewell-trained Trodaire comes to Wodonga on the quick seven-day back-up after finishing fifth at Benalla on August 30. Having bombed the start, the four-year-old Akeed Mofeed gelding simply had no winning chance from that point on. However, he ran on with great intent to suggest he should have gone closer to than what he did when finishing two-lengths off the eventual winner. He steps up to the 1590m which should only help his chances and with better barrier manners he should prove hard to beat. From barrier 14, look for Zac Spain to settle him midfield and if he runs on as strongly as he did at Benlla, Trodaire should be finishing over the top of his rivals.

Next Best at Wodonga: Invincibilus

Ben and JD Hayes send their three-year-old I Am Invincible filly, Invincibilus to Wodonga following a dominant all-the-way maiden win at Wodonga on August 21. Having won by over two-lengths, the filly looks like a progressive type going forward and despite drawing barrier 17 on Monday she should prove hard to beat once more. Jake Duffy retains the ride which is a bonus and considering she has the early speed to overcome the tough draw, we anticipate she will be too hard to run down once again. With her two best performances in her career coming on rain-affected ground, we know she will handle the going and in what looks to be a shallow BM58 race, we expect her to bring up consecutive victories for the first time in her career.

The Russell Osborne-trained Noble Nightowl comes to Wodonga searching for a maiden win at start five and despite finishing fourth and fifth respectively at his first two start this campaign he looks well-placed to win on Monday. It is hard to knock his racing pattern, as he jumps cleanly from the barriers and looks to dictate terms throughout. From barrier three, Michael Poy should have no issue in finding the rail and the lead. The three-year-old son of Redente looks like he will get an uncontested lead and if he is afforded such luxury, he should prove too hard to run down.