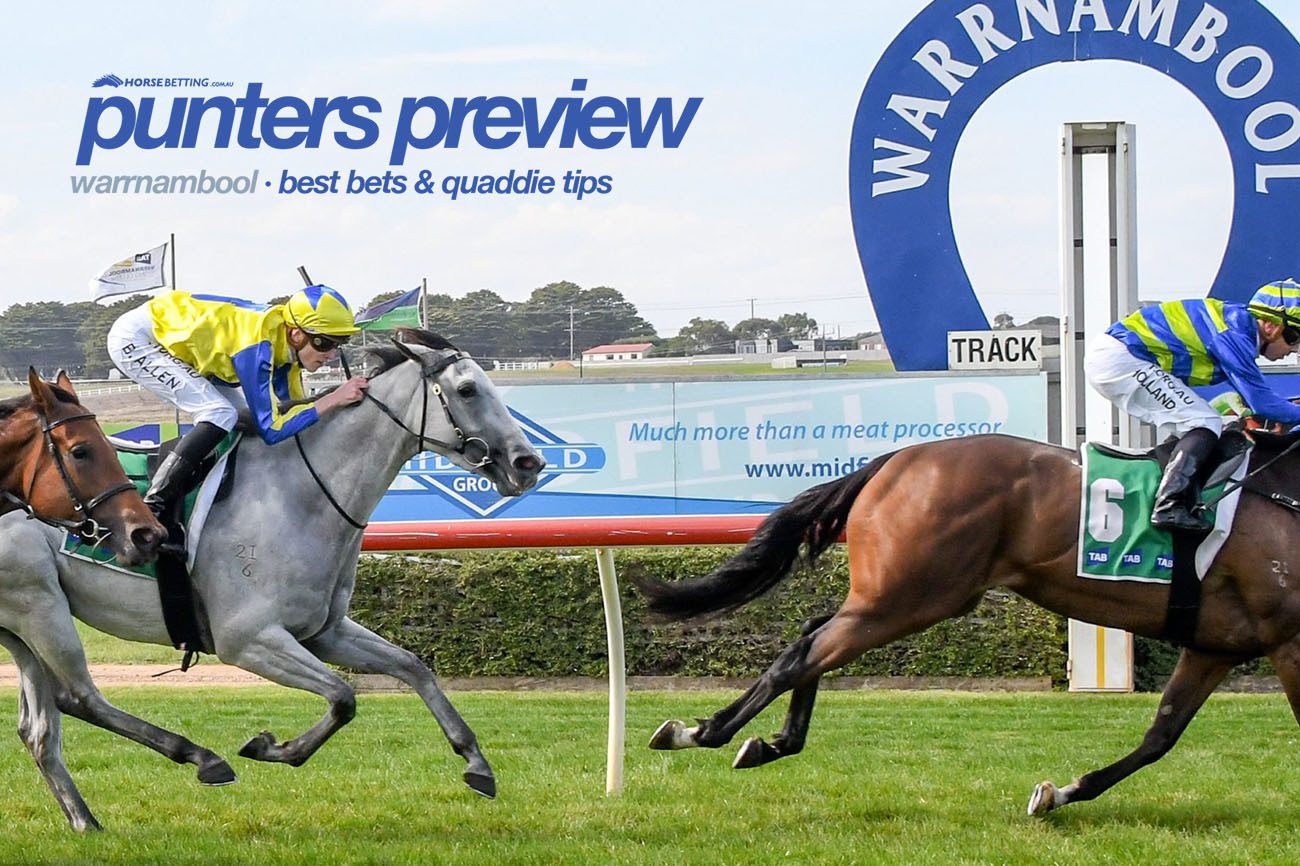 An eight-part card is scheduled for Warrnambool on Thursday afternoon, and HorseBetting’s Victorian horse racing expert presents his best bets and top quaddie selections for the meeting. The track is rated a Good 4, the rail is out 5m for the entire circuit, and racing is scheduled to get underway at 1:30pm AEDT.

The formidable duo of Danny O’Brien and John Allen are set to combine in the opening event with Grinzinger Knight, who looks perfectly placed to break through for a maiden win at start six. The three-year-old I Am invincible colt has chased home the likes of Lightsaber and Frontman in his career and brings good form into this following his last-start third at Kilmore on September 28. Allen will look to settle him in a forward position from barrier eight, and in a race where he looks to gain an uncontested lead throughout, there should be no excuses this time round.

Next Best at Warrnambool – Pankhurst

We will be looking to bookend the Warrnambool meeting when Matthew Williams and Dean Yendall combine with Pankhurst over 1700m. The four-year-old Power mare destroyed her rivals on debut at Casterton on September 5, before working through the line with intent at Geelong on September 29 from the rear of the field. She draws barrier three for this BM64, and we expect Yendall to take up a more prominent role and have her settled one or two pairs to the speed. Pankhurst clearly has a strong turn of foot and can sustain a long sprint, so if she is within striking distance at the home turn, she should be too hard to hold out.

The Henry Dwyer-trained Exlover looks perfectly placed to bounce back from a poor showing at Morphettville as he steps out over 1000m in the opening leg of the quaddie. With the benefit of a six-week freshen up from his poor run in Adelaide on August 28, fitness should not be a concern on Thursday. Three starts back he beat the in-form Easy Single at Mildura, and if he can bring that type of performance here, he presents great value at $19. Despite drawing barrier one, Blaike McDougall will have him settled in the second half of the field, and if he can get the race run to his liking, we expect to see him finish over the top of his rivals. The double-figure quote is hard to ignore.