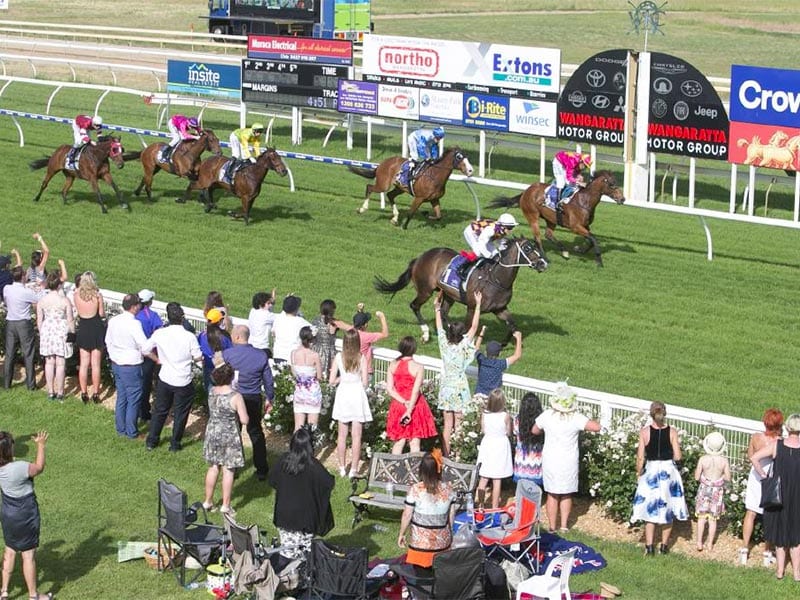 A bumper nine-race card is scheduled for Wangaratta on Tuesday afternoon, and HorseBetting’s Victorian horse racing expert presents his best bets and top quaddie numbers for the meeting. The track is rated a Soft 5 with the rail out 4m from the 1000m to the winning post and then true for the remainder, and racing is set to commence at 1pm AEST.

The Anthony & Sam Freedman-trained Titans returns from a five-month spell and looks well placed to break his maiden at start three. The son of Exceed And Excel has been gelded during his time in the paddock and gets the blinkers applied for the first time at Wangaratta. He looks raring to go on the back of a nice trial win at Cranbourne on August 30, and it seems to be that only bad luck will get him beaten. Having chased the smart See You In Spring during his initial campaign, this is certainly an easier assignment than that. From barrier 14, Titans will go forward under Damian Lane and ultimately prove too hard to run down.

Next Best at Wangaratta: Coolshot

John McArdle takes Coolshot to Wangaratta as his only runner for the day, and the four-year-old Shooting To Win gelding looks ideally placed to make it two wins from three starts to begin his career. Having bolted in by 5.75 lengths on debut at Cranbourne on July 22, he could do no better than a sixth-place finish at Geelong on August 13 in a strong BM64 field. The runner-up in that race, Zion, has won since to frank the form, and considering Coolshot was sent around as a $3.20 favourite on that day, we anticipate a strong response here.

Popular trainer Mitchell Beer brings his six-year-old En Aval across the border from New South Wales following a close third at Narrandera. On that day, the Toorak Toff mare stormed home from last place to fill a spot in the minor money after making up significant ground in the home straight. Both of her career wins have come when racing the ‘Melbourne way’ despite running three minor placings in four runs in New South Wales. We expect to see En Aval find her way back into the winner’s stall for the first time since saluting at Wangaratta in June 2020.