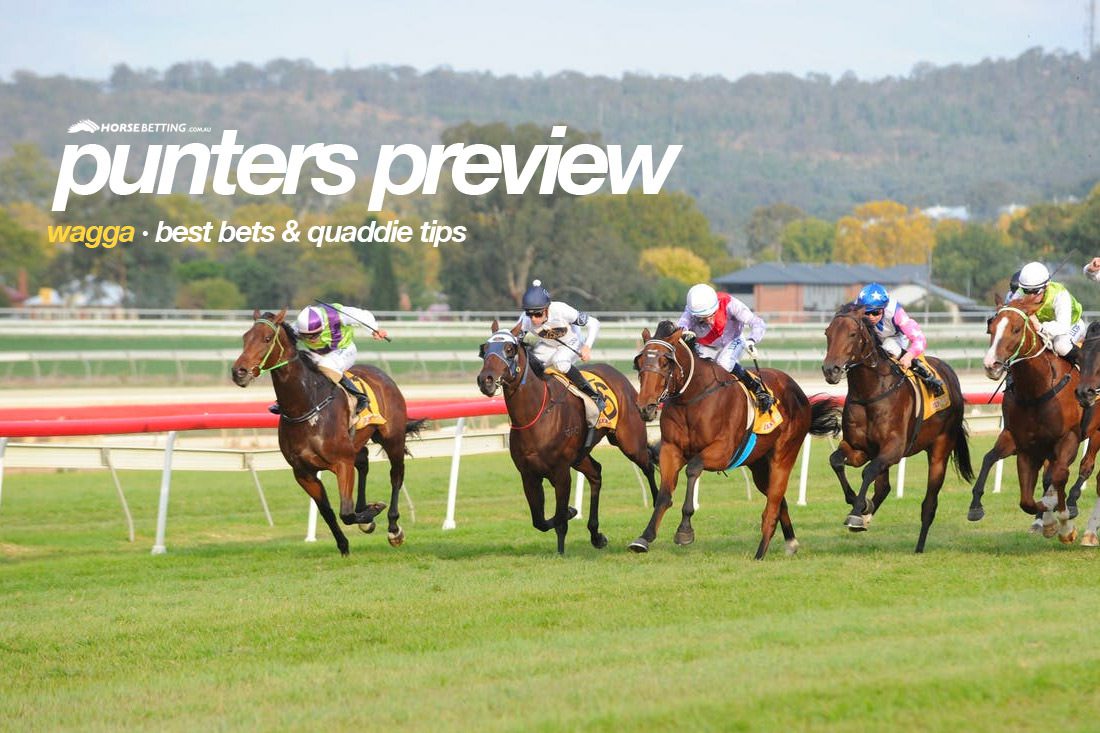 It is Murrumbidgee Cup Day at Wagga, so HorseBetting’s New South Wales racing analyst presents his best bets and quaddie numbers for the nine-card card – including a tip in the feature. The track is rated a Soft 5, while the rail is out 4m from the 1400m to the winning post before returning to the true position for the remainder of the course. Racing is set to get underway at 12:45pm AEST.

Tony Sergi’s Island Bay Boy is on a reasonably quick six-day backup after running strongly into second at Warwick Farm on Monday behind From The Bush in a 1600m Benchmark 72. The four-year-old son of All Too Hard got a long way back in the run and made up good ground to get within two lengths of the favourite, who had a very sweet run in transit and was entitled to win the race. Island Bay Boy is already a winner at Wagga and his run on Monday suggested that he is crying out for 1800m, which he gets on Sunday. Robyn Freeman knows the horse well, while Island Bay Boy drops 2kg and steps back to country grade, so we are expecting a big performance from this gelding.

Strong trials at Goulburn and Warwick Farm have seen Pride Of Penraf pegged as an odds-on in the opener on Sunday. The two-year-old son of Pride Of Dubai was a recent trial winner in town, defeating Charity Joy by half a length in a 740m heat. The gelding has drawn perfectly in gate four to get a gun run under Brodie Loy – who has ridden him in both trials – so he should be within striking distance in the final straight. There isn’t too much more that can be said about this debutant, but his trials point to a forward showing on Sunday.

There looks to be a bit of value in the Town Plate Prelude on Sunday through top weight Matowi. Now with Mitchell Beer, the formerly Chris Waller-trained galloper has some pretty handy runs on the board, including some placings and good runs in Open Quality races in Sydney and Brisbane. The six-year-old son of Ocean Park has had a hit-out at the trials for Beer, winning a Gundagai trial by almost a length on April 3 over 1175m, so he should be wound up for a 1200m event. While he will want further than this, his class can take him a long way on Sunday. The 3kg claim from Fiona Sandkuhl will only be of assistance.