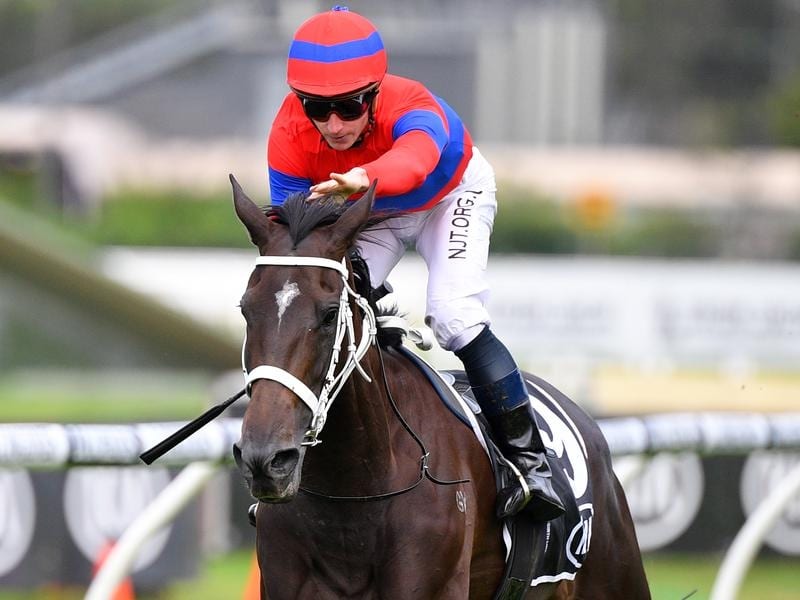 Verry Elleegant has added a third Group One win to her CV with a stunning Tancred Stakes victory.

The talented but sometimes fizzy Verry Elleegant has shown a new-found maturity to win the Group One Tancred Stakes at Rosehill.

On the corresponding day a year ago, the Chris Waller-trained Verry Elleegant won the Vinery Stud Stakes (2000m) and went on to claim the ATC Australian Oaks (2400m).

While some fillies win an Oaks on sheer ability rather than staying prowess, Verry Elleegant demonstrated on Saturday she has both as she stamped herself a spring Cups contender.

The mare also demonstrated her fortitude to back up seven days after a fighting second to English horse Addeybb in the Ranvet Stakes.

Racing continues through the coronavirus crisis but with no spectators allowed, leaving Waller as a one-man cheer squad after Verry Elleegant raced away from Mustajeer and last year’s winner Avilius to win by a big margin.

“It might look easy but it has been a big effort for the whole stable to get a horse like her to settle as well as she is doing. She is quite a highly revved horse,” Waller said.

“Full credit to James (McDonald). She is obviously a great horse. We haven’t had her over this distance very often but each time we have she has just been dominant. It is a very special win.”

“She is only four and racing against the older horses basically. She is just a genuine athlete at a staying trip.”

Waller said the Caulfield Cup (2400m) was high on the list of targets and the Melbourne Cup over 3200m was also a goal.

“The Caulfield Cup would be high on our radar and even a Melbourne Cup,” he said.

“Let’s hope we get weighted as well as some of the other horses from around the world and they keep giving the Australian horses a chance.

“She’ll be there and she’ll be one of them.”

McDonald has an obvious affection for Verry Elleegant despite her quirks and said she adapted well when he found himself out of the position he thought he would be in.

“Obviously I thought I would probably be outside the lead but she felt better coming from off the speed to be honest.

“But that’s how adaptable she is and how she has grown as a mare. Hopefully we are only going to reap the rewards now and what she has already done is just a bonus.

“What I felt today was just extraordinary.”

Waller is unsure whether to prolong the mare’s campaign in the prevailing uncertain times but said he hoped people could see racing was being run responsibly.

“If today’s race wasn’t among the circumstances we were in, I probably would have gone to the Queen Elizabeth,” he said.

“I think everybody here has been so responsible as have the stable staff that are doing a fantastic job.”

“We’re all worried about our safety and health as well as the rest of Australia but we are showing we can put on a responsible show and keep everyone interested at home.”