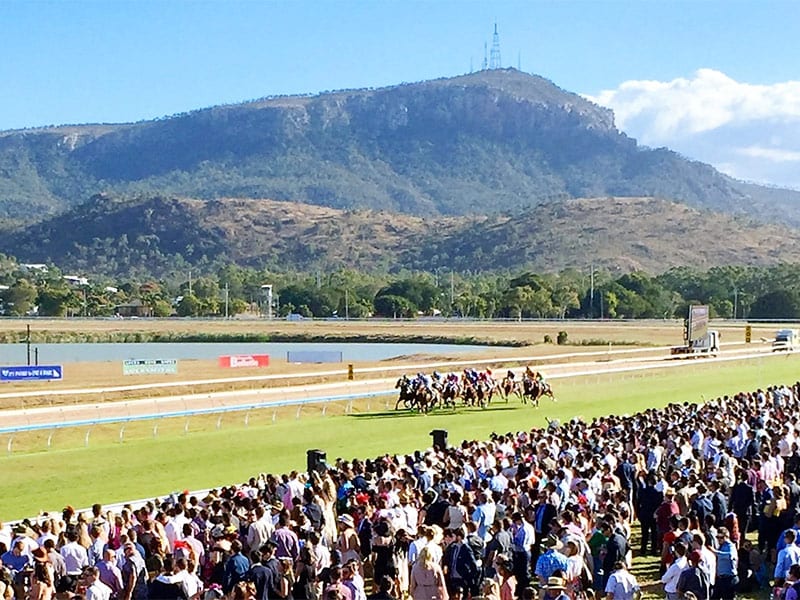 The first day of the Townsville Cup Carnival will be run on Friday afternoon, and HorseBetting’s Queensland form analyst brings you his picks for the two main races – the Lightning Handicap and Belle of the Burdekin – as well as his best bets for the afternoon. The track is rated a Soft 5, the rail is in the true position for the entire course, and the first of eight races is due to start at 12:54pm AEST.

In an unusual mid-campaign move, the consistent Brad will line up in his first start for new trainer Tim Cook. The six-year-old gelding has won 11 of his 35 career starts and only just missed in what would have been a career highlight when second in the Mackay Newmarket on July 16. The son of Medaglia d’Oro won two straight before finishing second in his two most recent starts. Dropping back to the 1000m from the 1300m is a slight query, but the horse is flying and should be able to set a brisk tempo despite hauling 64kg. He will also have to overcome a sticky alley (8), but he has the class and is going very well.

Belle of the Burdekin Tip: Modernism

Winning machine Modernism returns to the track for the first time this campaign in the Belle of the Burdekin at a very suitable 1400m trip. The daughter of Master Of Design was beaten fresh last prep by a couple of handy ones before braining her rivals over this distance at Cairns. Mark Dale had planned to send this five-year-old to Brisbane for a run, and while we are yet to see her step out in South-East Queensland, this mare may still be headed that way over the spring. Modernism is two from two at Townsville and was a dominant winner in her sole start at 1400m. Barrier four should see Graham Kliese get her in a strong position to put her rivals to the sword as she looks for her sixth win from nine starts.

Belle of the BurdekinRace 7 – Modernism (#4) $6 with Sportsbet

We can round out the card on Friday with Zounate, who goes up at a decent price after being beaten in his last two starts at the Non-TABs when long odds-on. Formerly with Tony Gollan in Brisbane and now with Steven Royes at Mount Isa, this five-year-old bolted in to win his first start on his new home track by five lengths when $1.12 but has since finished second and fourth, beaten by a combined 14 lengths. He now drops from 61kg to 55.5kg, which should be highly beneficial, and he has drawn ideally in barrier three under Les Tilley to be box seating and going very close to winning. His runs in Brisbane were good; he just needs to repeat those efforts to be competitive in this.