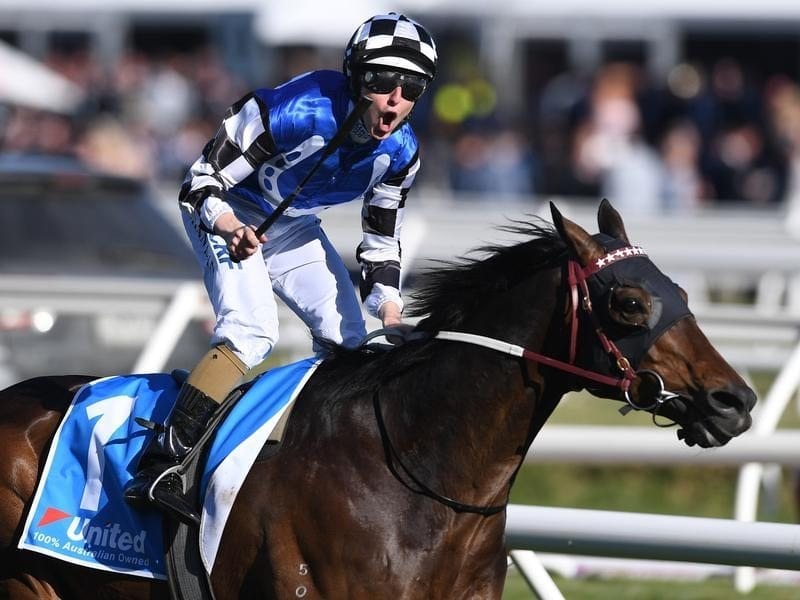 A relieved and elated Darren Weir has celebrated his first Group One double after Japanese import Tosen Stardom raced to victory in the Toorak Handicap at Caulfield.

Tosen Stardom had been restricted to just six starts since joining Weir’s team last year but broke through at the highest level in Saturday’s 1600m handicap.

It was an important win for Tosen Stardom’s future career at stud, being a son of champion Japanese horse Deep Impact out of the mare Admire Kirameki.

“It’s just a relief that he’s got this Group One win,” Weir said.

“He’s such a talented horse that’s been plagued by problems and he’s got this amazing pedigree to back it up.

“So it’s important that he’s a Group One winner now.”

The seven-year-old entire was beaten in a photo finish to the Futurity Stakes at Group One level at Caulfield during the autumn while two starts ago he had placed in the Group One Memsie Stakes.

From a wide barrier, jockey Damian Lane had Tosen Stardom three wide with cover on Saturday before being the widest runner into the home straight.

Tosen Stardom ($10) was in a position to strike as the field straightened and he burst to the front inside the final 150m before winning by a length.

Sovereign Nation ($21) closed strongly for second with another length to Petrology ($101) in third.

Weir said being able to have three runs under Tosen Stardom’s belt this spring going into Saturday’s race was a key and he said the horse deserved a Group One win.

The $3 million Cox Plate at Moonee Valley and Group One Kennedy Mile at Flemington are options for Tosen Stardom’s next start.

Tosen Stardom gave Victoria’s premier trainer his third Toorak win in the past four years and capped a big day for the stable.

“I’ve never had a Group One double, so that’s terrific,” Weir said.

The colours were also prominent at Randwick when Brave Smash ran third in the $10 million Everest and Big Duke won the St Leger Stakes.

Both horses are also trained by Weir.