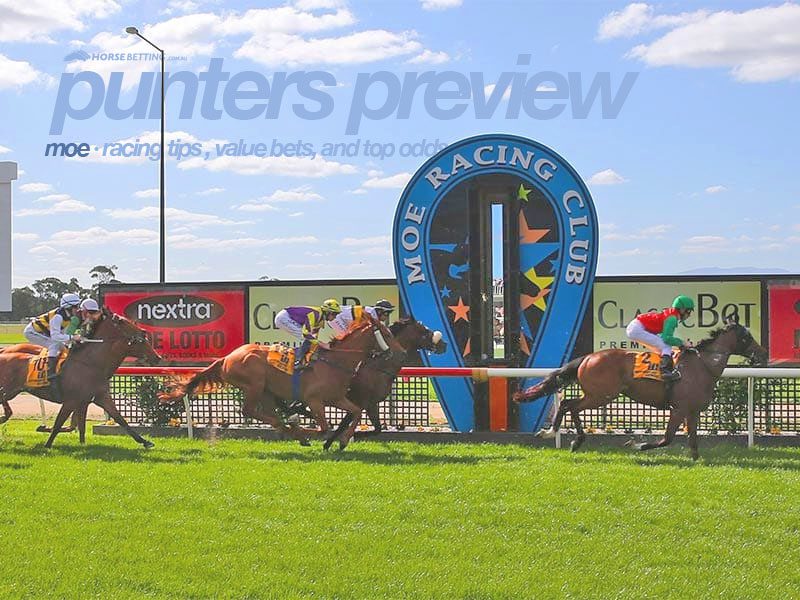 Moe Racing Club will host a nine-race card this Thursday afternoon on what is predicted to be a Heavy 9 surface. Race one gets underway at 12:30pm AEST for the two-year-olds, while the last race is set to go at 4:30pm. The quaddie legs run from races six to nine, getting underway at 3pm.

House Spouse draws a bad barrier here in 16 but he will be well looked upon first up from a spell. His trainer, Paddy Payne, scratched him last week but gave him a light jumpout, although we aren’t too concerned about that and think it was a run more for fitness. His second at Sale at his last run was solid and the stable is in good form. This guy is four now and has taken a while to mature, and he has been scratched on numerous occasions as a result. If he runs on Thursday, he is one to watch and shouldn’t be too short of odds either with the online bookies.

Pure Deal gets a good draw here in one following three consistent runs this campaign. He was beaten a nose at Hamilton on May 31 which was on a Heavy 10, so this surface shouldn’t worry him. Before that it was a big win at Echuca (3.8L) after storming home over the concluding stages. He does usually settle well back in his races and so would like some speed on mid-race so he can try and run over the top of them late. If the track is a bit chopped up, the outside may be the place to be, so barrier one might not be the best draw by the last race. Punters will have to monitor the track bias.

Despite being given barrier 15 in this race, Lottaroc looks like a good sort for Mike Moroney. Zac Spain hops on top of the three-year-old gelding, who is coming back off a nearly four-month spell. In his last preparation, he only had two starts and punters backed him to win both times, albeit for him to run 13th and 16th. Before that, however, he ran two very good placings in New Zealand and at that stage there was a bit of hype about him. We don’t want him to be too short, but he is worth an each-way play at the right odds.