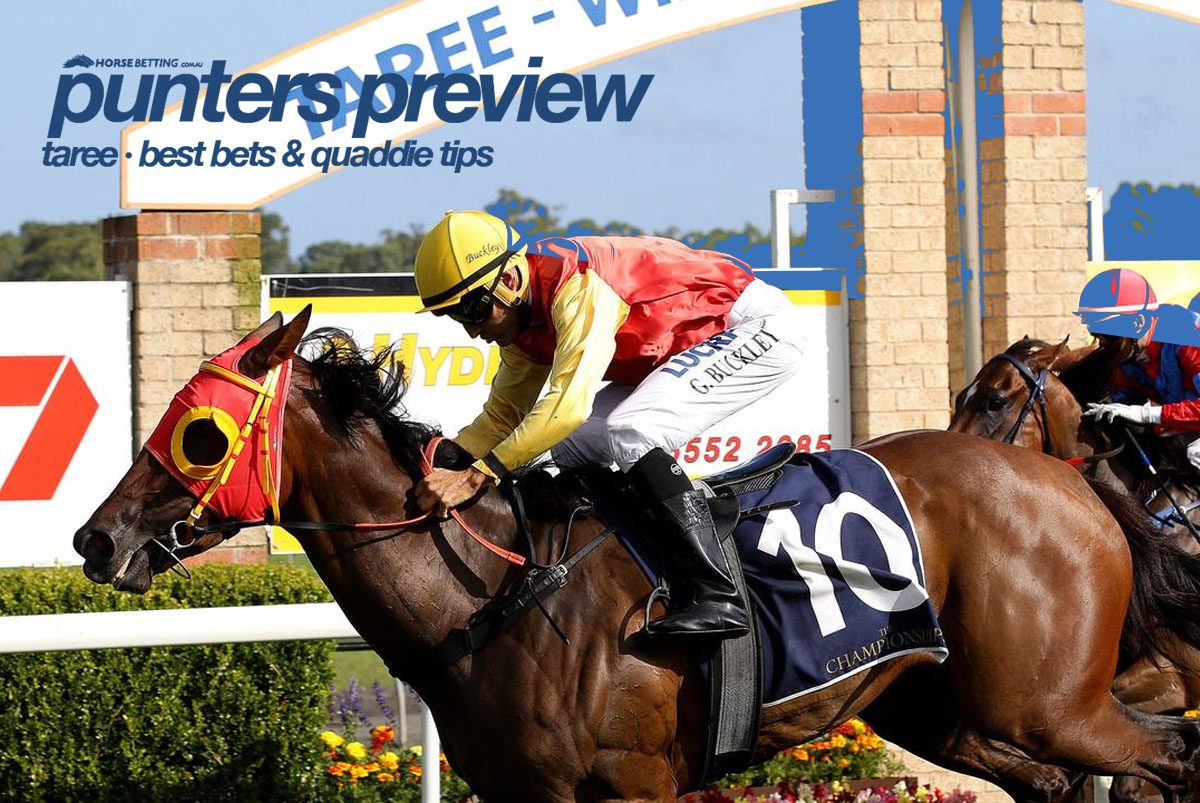 Monday racing in New South Wales heads to Taree after Racing NSW Stewards deemed the Coffs Harbour track unsuitable for racing after a bit of rain in the area over the past few days. An eight-race card will be run and won at Taree on a Heavy 8 track, while the rail is in the true position for the entire course. HorseBetting’s New South Wales racing analyst has previewed the meeting and brings you his best bets, value bet and quaddie numbers. The first of eight is set to jump at 1:05pm AEDT.

If we are honest, this is a pretty average meeting at Taree, but that is to be expected on a Monday. It will be a long wait, but French Marine in race eight looks to be the best of a bad bunch. The four-year-old gelding rarely runs a bad race, having finishing in the top three on seven occasions from 11 career starts. From the inside alley, Aaron Bullock will use the fence to his advantage to boot up and hold a position, which will give him a great chance at the business end over 1300m. The 61.5kg is a slight concern, but he has the class over these.

Kris Lees again looks to have a great winning chance with three-year-old filly Dauvenay. The daughter of Pierro has had just two starts and proved to be far too good at Tamworth last time out when breaking her maiden status in dominant style. Dauvenay won by 2.34 lengths in a 1400m Maiden on a Heavy 8 surface, so she should relish the wet conditions again on Monday, while it is only a slight rise to Class 1 company. Bailey Wheeler retains the ride, claiming 2kg which means the filly only has to carry 56kg – a 2.5kg rise from her maiden win. This is easier again, so she should be winning back-to-back races.

Jason Reillt and Danny Peisley combine in the penultimate race with five-year-old gelding Franklin Corners. The son of Unencumbered does have to lug 63kg, but he is deserving of that weight in a very low Benchmark 58. The gelding rarely runs a bad race and is coming out of the NRRA Country Championships Qualifier behind Far Too Easy and Zoukina who are two of the more fancied runners for the Final. He will get plenty of chances from barrier eight, so we expect him to prove too classy.