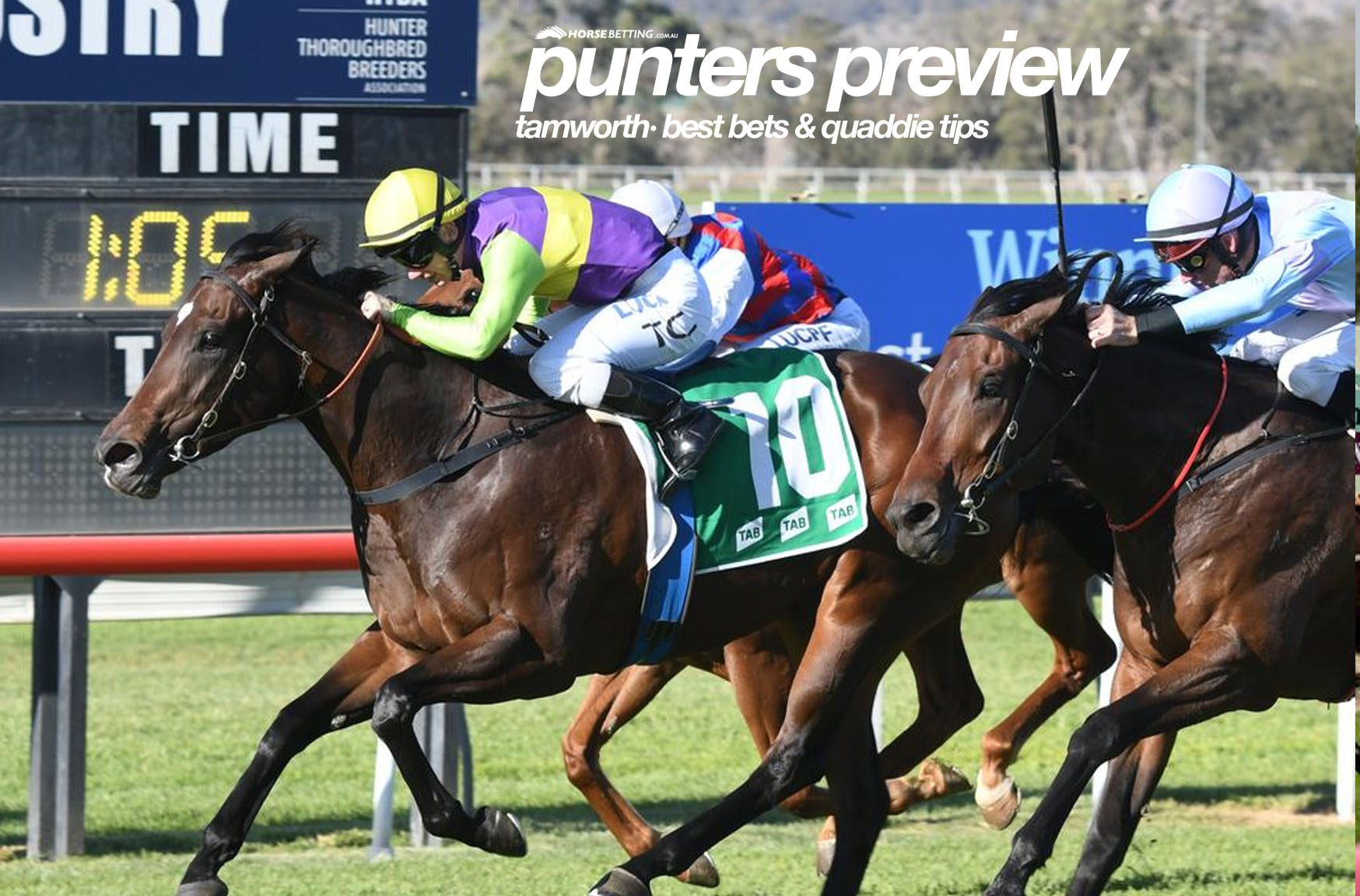 The Country Championships head to Tamworth on Sunday for another $150,000 qualifying race, and HorseBetting’s New South Wales form analyst presents his best bets and free quaddie selections for the day. The track is currently rated a Soft 7, while the rail is in the true position for the entire course. Racing is scheduled to get underway at 12:55pm AEDT.

Cody Morgan saddles up three runners in Sunday’s feature, while a fourth runner awaits in the emergencies, needing just one more scratching to gain a start. One of his horses who is guaranteed a start is eight-year-old gelding Wren’s Day. The son of Medaglia d’Oro has been very lightly raced throughout his career, having just 19 starts and winning four of those. In his only start at Tamworth, he closed off strongly from the back in last year’s Tamworth Cup to run second at this distance with 59.5kg. He hasn’t raced since then, but he has trialled well on two occasions, which should prime him for this first-up task. Dylan Gibbons is a great young rider who should give his mount every chance from the good draw. He will just want the track to dry out a bit.

Kris Lees and Dylan Gibbons combine in the second with three-year-old filly Classic Deel. The daughter of Dundeel has had just one start for a solid second at Taree. Classic Deel was well supported on that occasion on February 12 over 1250m, and while she was good, she was no match for the winner. The extra 150m distance on Sunday will be right up her alley, while some sting out of the ground should aid her chances. If she can get across with some cover from barrier nine, this filly will take some beating.

Next Best at Tamworth – Two Ya Got

Brett Cavanough saddles up a nice three-year-old gelding in the first leg of the quaddie in Two Ya Got. The gelded son of No Nay Never won stylishly on debut in September, before resuming on February 14 where he chased hard behind Taketheshot who has since gone to town. Ashley Morgan sticks with this galloper which is a good sign, while barrier two will give him the chance to find the box seat and give him a genuine winning chance. He should be able to bounce back.

Lashoni was previously trained by Tony Gollan in Queensland where she had some good metropolitan form, so there is no reason why she can’t breakthrough for Troy O’Neile at Tamworth on Sunday. The six-year-old daughter of Shamus Award has won five races from her 40 career starts, three of which came over 1200m which she gets here. Since relocating to New South Wales, Lashoni has been in the top five in five of her seven starts, with a narrow third at Quirindi her most recent effort. William Pike goes in the saddle on Sunday which will be a big advantage, while she should get a good run from barrier six.