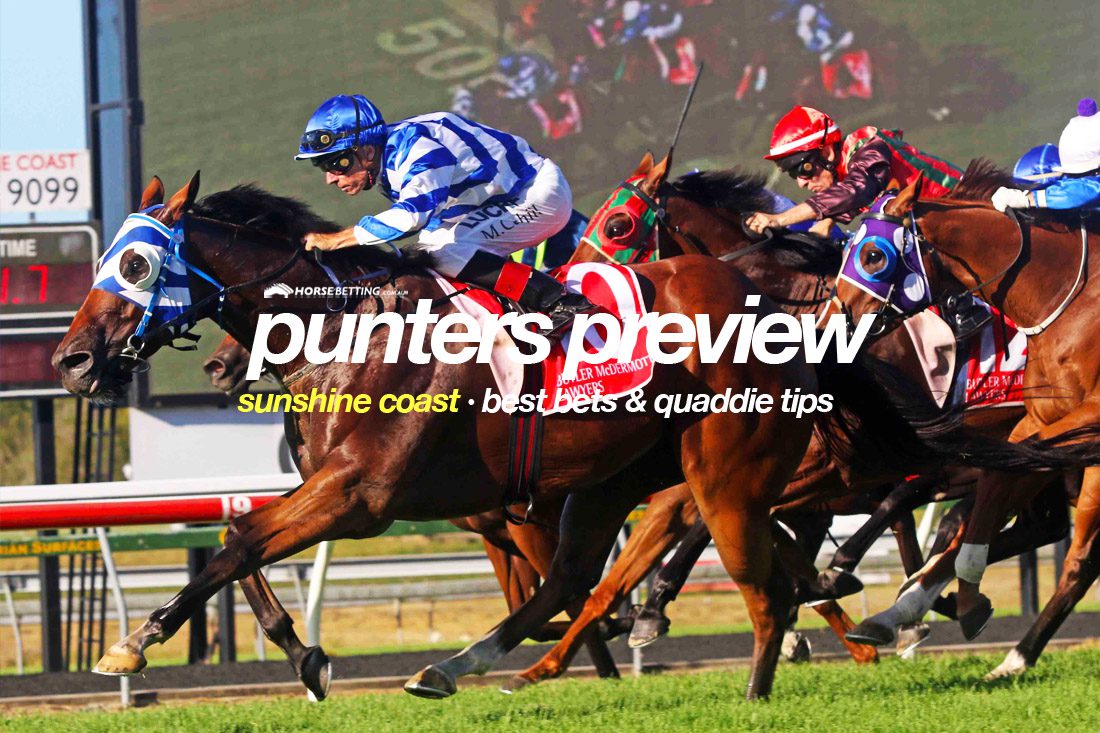 Easter Sunday racing heads up the M1 to the Sunshine Coast for a nice eight-race program, kicking off at 12:25pm AEST. HorseBetting’s Queensland racing analyst provides his best bets and quaddie numbers for the meeting, with his best bet coming up in race six. The track is rated a Soft 6 and the rail will be out 4m for the entire course, giving most horses a winning chance.

Local trainer Darryl Hansen has a pretty handy record at Caloundra and one horse who has helped that record of late is four-year-old mare, Kaboom. The in-form daughter of Smart Missile broke her maiden status by over four lengths on the polytrack on March 4, before running second and then returning to the winner’s stall last start over 1000m at this track. She now rises to 1300m which should suit given that she takes a fair bit of winding up, so provided that she can travel throughout and bring her turn of foot to this event, she should be able to win again under James Orman.

In the penultimate race, Chris Anderson will be hoping that his promising sprinter Streaka can bounce back. The gelded son of Deep Field was super impressive winning on the poly two starts ago by over four lengths and setting an 1100m track record, but he just didn’t have a good day at Doomben at his subsequent start when sent out as an even money favourite. The four-year-old now lines up in a much easier 1000m Class 3 Plate, where he gets in with 57.5kg on his back under Kyle Wilson-Taylor and has drawn favourably in barrier six. If he can control it, he should be winning.

Teppanyaki has always shown glimpses of ability, and we think he might put it all together on Sunday. The four-year-old gelding was previously with David Vandyke, but he has been transferred to the Michael Lakey stable where he has had two starts for a third and a sixth. First-up in February, the son of Roc De Cambes hit the line strongly over 1200m, before working home well last start off a two-month freshen over 1300m. Now in a pretty weak maiden over 1400m, the gelding should be able to finish the race off strongly enough to get the job done at start number six under Sean Cormack.