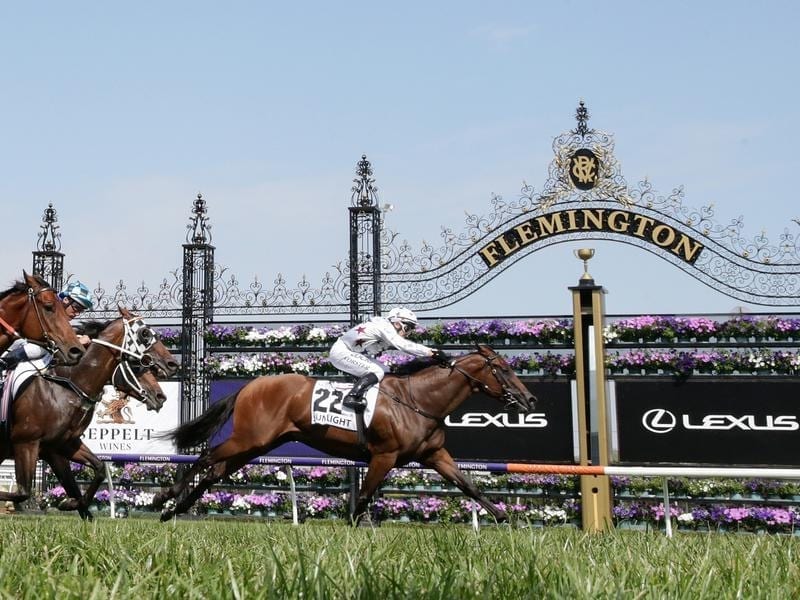 Star filly Sunlight has given jockey Barend Vorster a memorable start to his new life in Australia, with the pair combining to win the time-honoured Group One Newmaket Handicap at Flemington.

South African Vorster had ridden successfully in Singapore for the past 15 years and only arrived in Australia late last week to take up a role as stable jockey for trainer Tony McEvoy in South Australia.

Vorster was called on by McEvoy to ride Sunlight in Saturday’s $1.25 million Newmarket (1200m) in Melbourne as the star filly’s light weight of 50.5kg was below the range of her regular rider Luke Currie but in Vorster’s comfort zone.

In a star-studded field of 22 runners, which included seven individual Group One winners and a host of up-and-coming sprinters, Sunlight showed her customary speed and then also displayed her tenacity to hold off all her challengers.

“Australia is my new home now and what a way to start it off,” Vorster said.

“When I saw the post become available (with McEvoy) I put my name in the hat.

“Singapore has been good to me but I just felt a change was coming. And what a change to have.

“He’s a good trainer and he’s got good horses, so I like to be associated with that.”

After taking up the running on Sunlight ($13), Vorster said he let the filly stride along coming to the 400m and then she quickened away when he asked her to extend.

Favourite Osborne Bulls ($4.20) flashed home late from back in the field to finish three-quarters of a length away in second while Brave Smash ($26) was another short half-head away third.

Sunlight, who also boasts a Magic Millions Classic win as a two-year-old and a Group One Coolmore Stud Stakes win among her nine victories from 14 starts, is the first three-year-old filly since Alinghi in 2005 to win the Newmarket.

“Isn’t she something special,” a proud McEvoy said.

“She’s an incredible filly. She keeps stepping up to the plate and the further she gets into her preparation the better she gets.

“I know she only had 50.5 kilos but she is a three-year-old filly and they were touting it to be one of the best fields.

“She’s proven to be a star before today, and she has confirmed it today.”