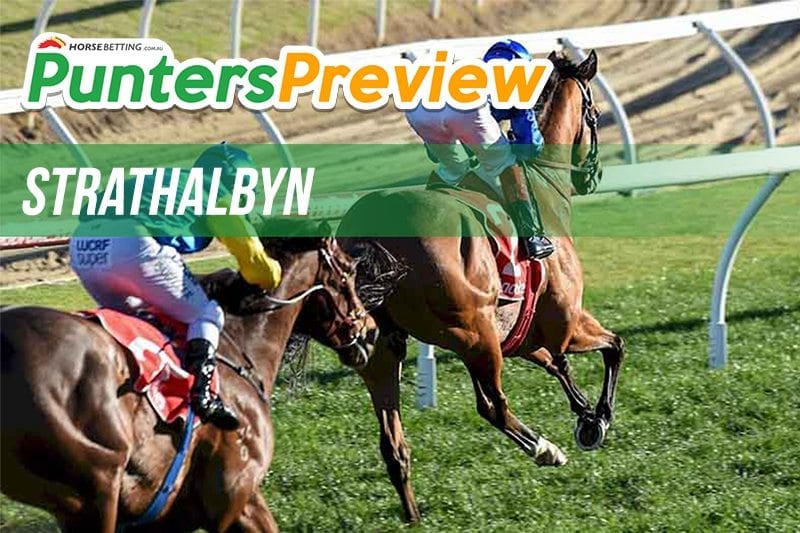 Eight races are set to be run and won at Strathalbyn on Wednesday as racing continues in South Australia. As is the case with most meetings in South Australia, it looks to be highly competitive, with plenty of value to be found throughout the card. The track is a Soft 5 and the rail in the true position we look set for a cracking day of mid-week racing at Strathalbyn.

The first at Strathalbyn is set to jump at 1:10pm AEDT.

David Jolly and Paul Gatt combine with the four-year-old gelding Silver On Red who has run into the minor money in both runs so far this campaign. He seemingly hit the front too early when runner up at Murray Bridge back on New Year’s Day and was found to be vulnerable over the final 100m. From barrier four, he maps to settle just off the leading pair and with a bit of luck when entering the home straight he has shown in the past he has a slick turn of foot that will get him a maiden victory, and we’re backing that his maiden victory comes on Wednesday at Strathalbyn.

Having strung together two consecutive victories during this campaign, we’re backing the Francis & Kent trained Sylvan Crest to overcome a poor performance at Gawler on December 19, but should appreciate getting back to the Strathalbyn 1350m. Three starts back he was a strong all the way winner over the same track and distance and from barrier nine Ben Price will look to apply similar tactics here. The 4kg claim for Price will suit the front running gelding and with a nicely rated ride he may prove hard to catch in the second leg of the quaddie.

Peter Moody (not that one) and Jessica Eaton team up with the six-year-old gelding Carbone who simply doesn’t know how to run a bad race. He gets back to Strathalbyn, where he hasn’t had too much success throughout his career, but he has come back this campaign in fine form. If he didn’t lay in late down the home straight he may have overcome the small margin between being runner up and a winner. From barrier 11 he’ll settle towards the rear of the field, and with bit of luck he can round them up in one fell swoop.