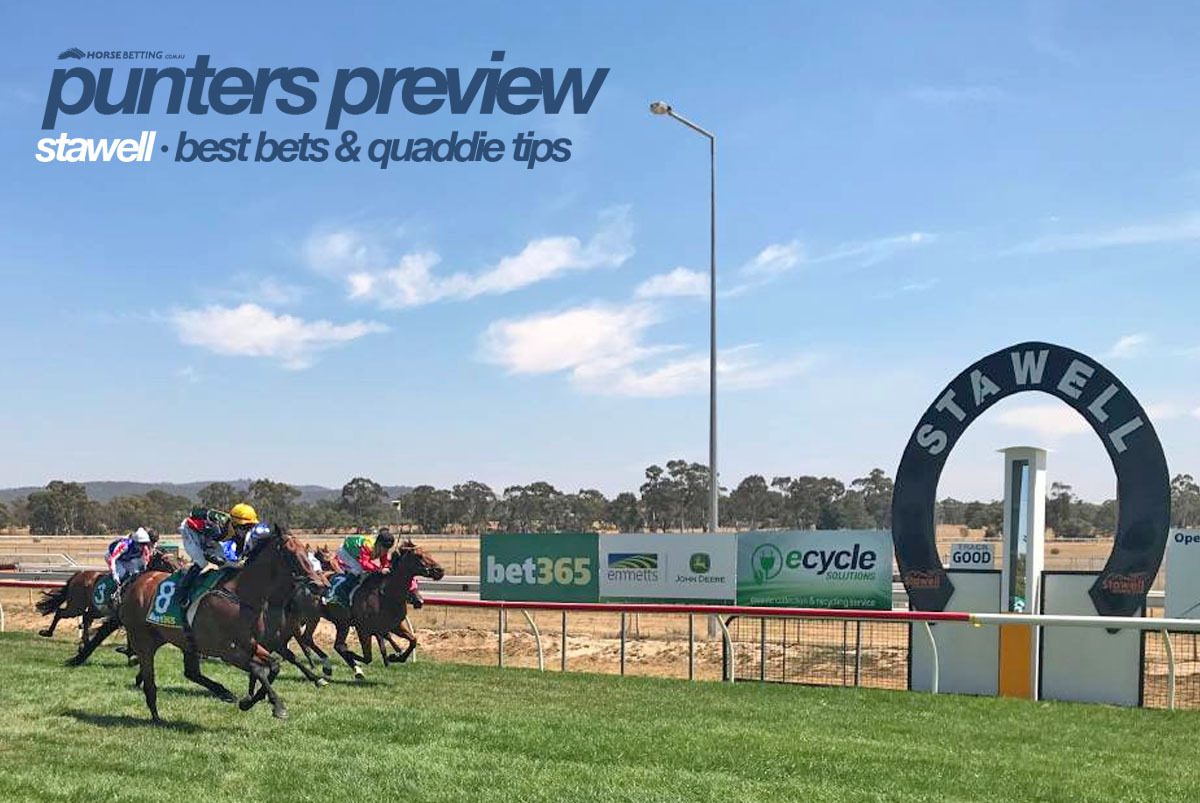 Racing heads to Stawell Racecourse on Tuesday afternoon, and with a bit of luck HorseBetting’s Victorian form expert can steer you into a few winners throughout the day. The track has come up as a Good 4 with the rail in the true position, while the first of eight races is scheduled to jump at 1:30pm AEDT.

Our best bet of the day comes up in the opening leg of the quaddie when the Noel Watson-trained Redjina steps out over 2000m. Although the five-year-old Wadjina gelding needs to lug 63kg and Jade Darose, he carried the same weight at Swan Hill last time out and was not beaten all that far having led the field up. From barrier six on Monday, we are expecting Darose to adopt similar tactics and have Redjina ambling along in front and dictating terms throughout. If he can offer a kick on the home turn, then he should prove too hard to go past.

Next Best at Stawell – Vaettir

The Mitchell Freedman-trained Vaettir has begun her career in fine form with two minor placings from as many starts and has not been beaten far on both occasions. The Charm Spirit filly went down by a nose at Moe on January 18 and comes into this after a five-week rest, so she should be raring to go. Jarrod Fry will look to use the three-year-old’s early speed from barrier nine and hunt for the rail, where she should gain an uncontested lead throughout. If she manages that, then – as she showed last time out at Moe – she can offer a kick and should ultimately prove too hard to run down. The $3.10 on offer at Neds looks a great price.

Clint Marshall brings his seven-year-old Amusing Magnus to Stawell following a fourth-place finish at Penola on a Firm 2 on January 23. Despite not running a drum in 11 attempts on Good-rated tracks, this does not look to be the toughest BM58, and we are giving him a big chance at a price. The Magnus gelding will roll forward under Liam Riordan, which is no disadvantage at Stawell, and if he can settle, he has shown in recent times he is capable of running a big race at a price with the online bookmakers. Riordan was on board when Amusing Magnus won at Burrumbeet when leading throughout, and we’re happy to back him in to do something similar at Stawell.