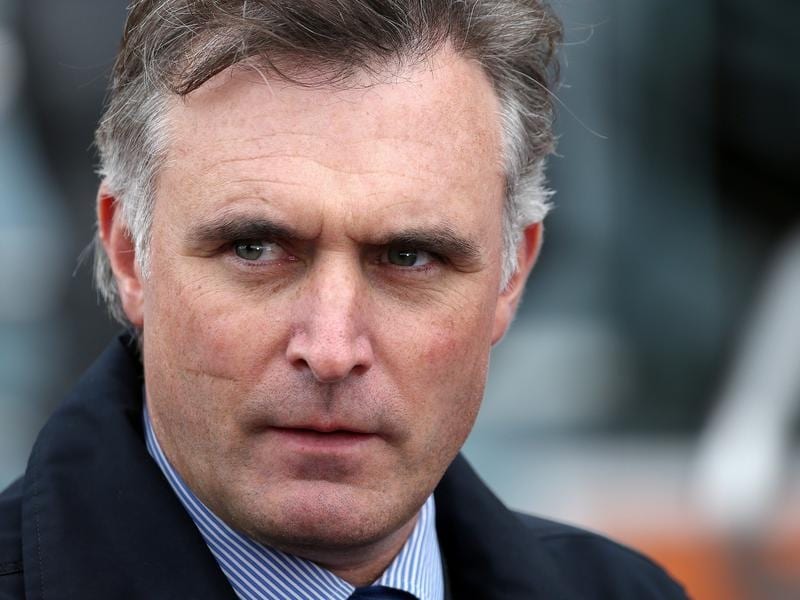 Co-trainer Tom Dabernig will welcome back popular gelding So Si Bon at Flemington.

Co-trainer Tom Dabernig acknowledges that entering cult galloper So Si Bon for the Cox Plate is ambitious but if ever he is going to run in the race, this could be the year to do it.

“The Cox Plate may not be as strong due to the travel restrictions,” Dabernig said.

“If he’s going well then who knows? We might think about it but he would have to be in good form.”

The seven-year-old resumes in the Group Three Aurie’s Star Stakes (1200m) at Flemington on Saturday, a race he won first up 12 months ago.

Last campaign, for the first time in his career, So Si Bon put together back-to-back wins to take his overall tally to five.

He then ran sixth at Flemington over 1600m on a heavy track behind Reykjavik in May when he had a tough run and was subsequently spelled.

Dabernig said they had decided to take the blinkers off for his first-up run as they wanted him to relax while fresh.

“If he can relax early and there’s good pressure on, he’ll finish strongly and should be a genuine top-three chance,” Dabernig said.

“He had three weeks off and has a lot of residual fitness. He’s had one trial. We’re taking the fresh approach with him knowing there’s improvement to come.

“He’ll like the conditions with a bit of rain about. There should be good pace, which he’ll like, and if he’s left alone early he should run a good race.

“The main difference is that he’s got the topweight of 60 kilos and he only carried 55-1/2 kilos last year.”

So Si Bon won the 2019 Aurie’s Star Stakes then finished second in the Memsie Stakes at Caulfield and Dabernig said they would most likely follow the same path.

“Maybe the Memsie Stakes but we will see what is in it. Last year he ran well in the same race so it’s a good option,” Dabernig said.

So Si Bon will be ridden by Mark Zahra who has partnered him four times for two wins and two seconds.

With David Hayes moving to take up a position in Hong Kong, Dabernig is now training alongside Ben Hayes.

The new-look partnership has started well with 10 winners, including one at each of the city meetings held this season with Hard Landing scoring at The Valley last Saturday and Ring Of Honour at Sandown the next day.

“I’m surrounded by a good, experienced team. There’s not that much difference except that David isn’t there. It’s really business as usual,” Dabernig said.