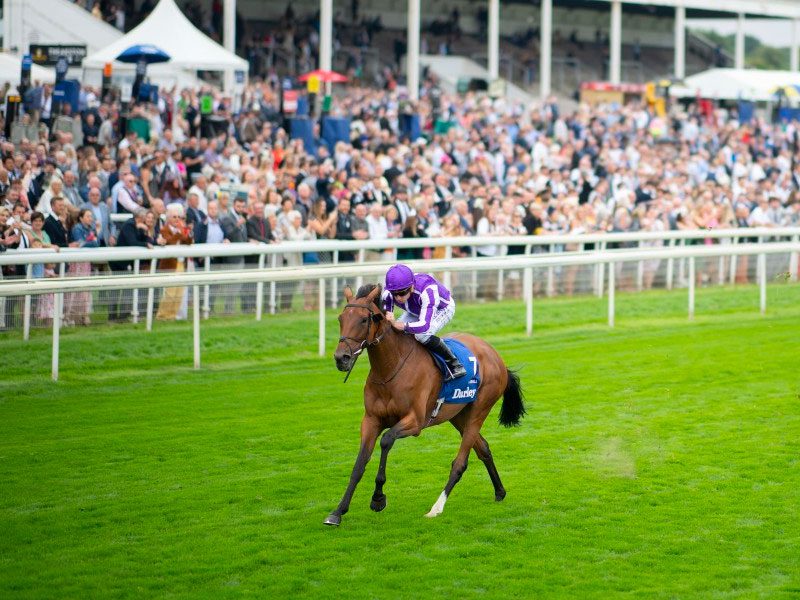 Aidan O’Brien and Ryan Moore combined for another Group 1 victory at York overnight as Snowfall took out the Yorkshire Oaks.

The daughter of Deep Impact made it four straight victories, with three of those – including a 16-length win in the Epsom Oaks on June 4 – coming at the highest level of racing.

Snowfall also got home by 8.5 lengths in the Irish Oaks at Curragh on July 17, before completing a hat-trick of Oaks victories at York last night.

After settling towards the rear of the seven-horse field, Moore split the lot aboard the star filly and raced away to win by four lengths over Albaflora.

“It felt like it was a truly run race,” the jockey told Racing TV.

“(I was) behind Eshaada and Loving Dream and they weren’t able to sustain the gallop from halfway.

“I thought I better just make sure I had William (Buick aboard Wonderful Tonight) covered.

“As soon as I moved on her she was there very quickly and the race was as good as over at the four (furlongs) to be honest with you.”

Snowfall started a very short $1.50 and did it in very good style, with her rider full of praise post-race.

“The last two furlongs… there was no real serious question asked – the damage was done in the middle part and she was very great.”

The three-year-old is now likely to head to the Prix de l’Arc de Triomphe on October 4 at Longchamp Racecourse in Paris, France.

Snowfall has now firmed into $3.50 outright favouritism in a star-studded race where she is expected to meet the likes of Adayar, Hurricane Lane, St Marks Basilica, Mishriff and Chrono Genesis.