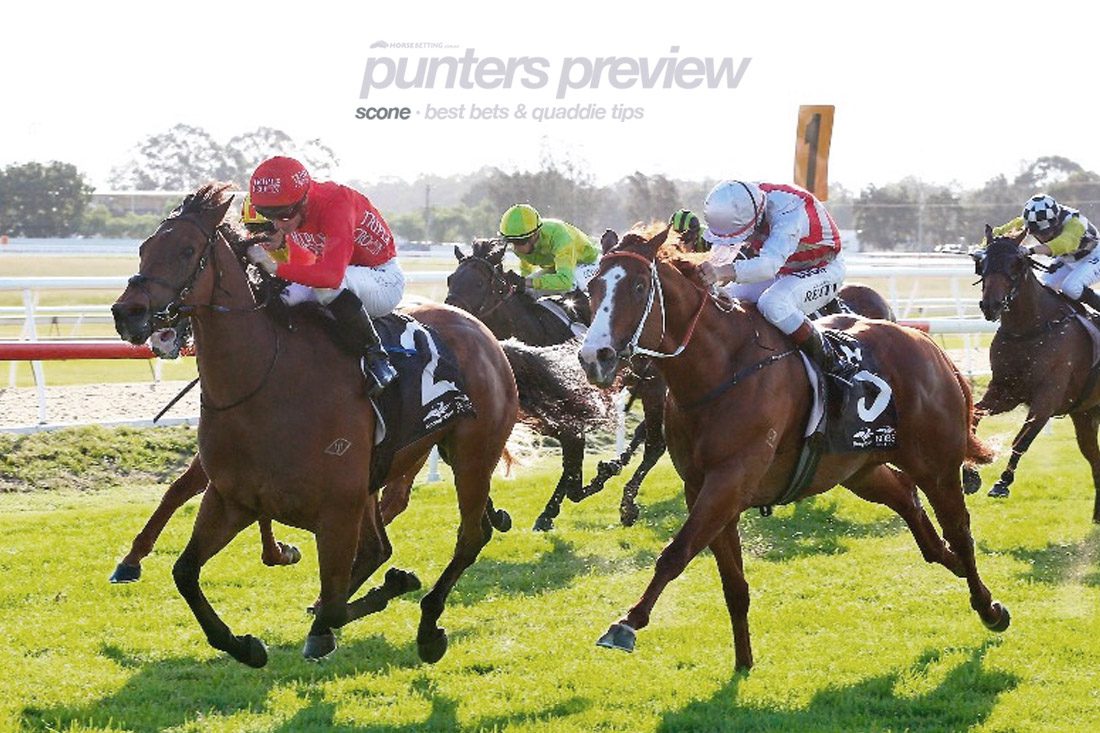 A seven-race card is scheduled for Scone Race Club on Tuesday afternoon, and HorseBetting’s New South Wales form analyst presents his best bets and top quaddie selections for the meeting. The track is rated a Soft 7, while the rail is out 3m from the 800m to the winning post and then true for the remainder. Racing is set to get underway at 1:20pm AEST.

There are no prizes in finding a $1.30 best bet, but the Ciaron Maher & David Eustace-trained Freckle Rock deserves to be at ‘Winx odds’ from what we have seen so far. Having won on debut during his initial campaign over the Scone 1400m, the four-year-old Fastnet Rock gelding resumed off a nine-month spell with a close second at Muswellbrook on August 13. The step up to 1600m looks ideal, and barrier five should see Christian Reith lob him in the one-one. Ultimately, Freckle Good should prove too good for this field.

The Matthew Smith-trained Daralina Belle could not have kicked off her career in any more impressive fashion, remaining undefeated after two starts. She was last seen winning a Class 1 at Nowra on August 22, doing her best work late over the concluding stages of the 1400m after settling midfield off a hot tempo. The four-year-old Deep Field mare remains at that trip on Tuesday, and despite stepping up to a Class 3, she clearly has the ability to take this out. Blake Spriggs retains the ride and from barrier three should be able to lob into a handy position. With another hot speed expected, look for Daralina Belle to be finishing over the top of her rivals once more.

Stephen Jones brings Nadaraja back to the Scone 1100m, a track and distance he was a tough winner at last time out. The three-year-old Redoute Choice gelding managed to lift himself off the canvas after being headed in the final furlong, going on to claim victory by just on a length. From barrier 11, Matthew Palmer will have no choice but to go forward once again. Nadaraja has finished in the top two in both of his starts to date, and we expect him to handle the rise to Class 2 with great aplomb.