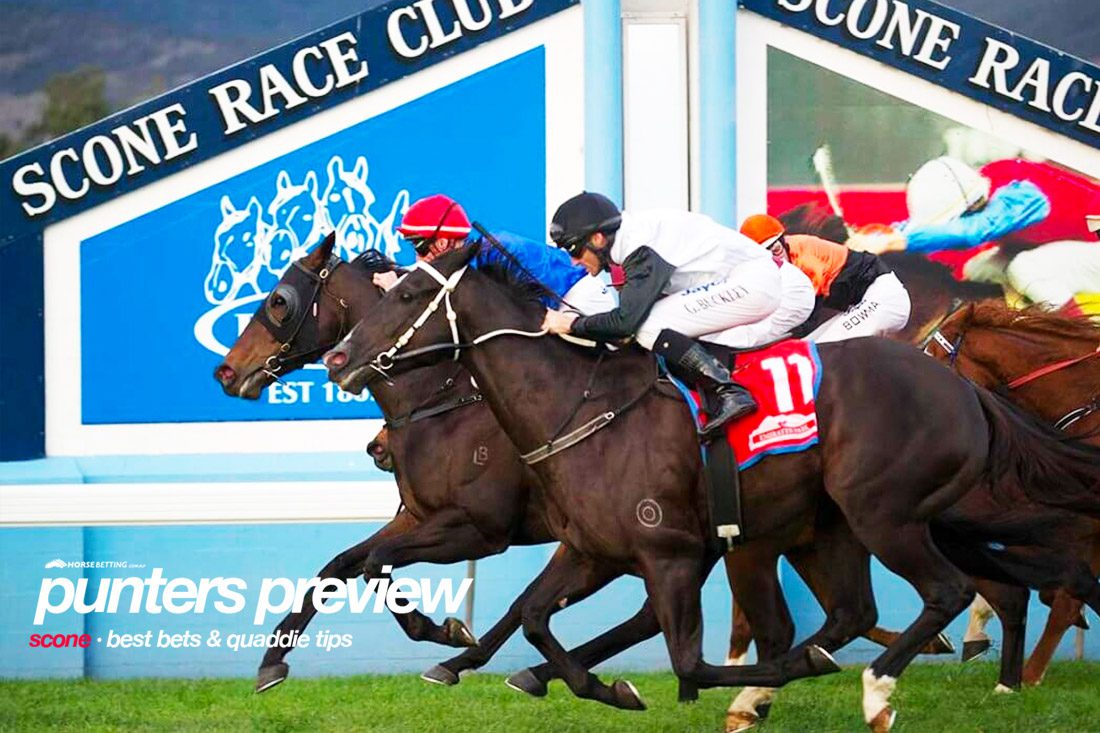 Originally scheduled for Gosford, New South Wales’ Tuesday provincial meeting has been transferred to Scone, where seven races will be run and won. HorseBetting’s NSW horse racing analyst brings you his best bets and quaddie numbers for the program, which is set to begin at 1:35pm AEDT. The track is rated a Soft 6 and the rail is in the true position for the entire course.

Our best of the day comes up in the final race of the afternoon, with the James Cummings-trained Camino Real set to step out in a winnable Benchmark 64 over 1200m. The three-year-old filly has won just the one of her four career starts, which came in dominant fashion at her most recent start on February 15 at Wyong over 1100m. The extra 100m should not be an issue for this filly by Shamardal, and despite having drawn a wide alley in barrier 13, she will get back under Rachel King and get a nice run in transit out the back before winding up late. In her first three runs, she wasn’t beaten far by Mazu who is absolutely airborne this preparation, so that form looks strong enough for her to go on with the job.

Next Best Bet at Scone – Endorphins

The stayers get their chance in the third race of the afternoon, with a field of seven gallopers lining up over 2200m at Benchmark 64 grade. The Kris Lees-trained Endorphins has had three starts at Scone for two wins, one of which was a six-length romp in Class 1 company at this distance back in September. The son of Sebring won over a mile when second-up on February 11, and while he hasn’t won in his two runs since, he has run big races. Most recently at Port Macquarie, Endorphins made up a stack of ground over 2000m, so he should appreciate the extra furlong on Tuesday. Dylan Gibbons will ride the gelding from the inside alley, and we expect the pair to prove too good at around $5 with online bookmakers.

In the second leg of the quaddie, Gerald Ryan & Sterling Alexiou saddle up last-start winner Sabino. The four-year-old gelding ran third in three of his first four starts, before breaking through for a well-deserved victory at Newcastle on March 17 over 1200m.. The son of Zoustar now drops 2.5kg to 56.5kg after Dylan Gibbons’ claim which is a big advantage. Having drawn in the middle of the park in gate six, Sabino will be able to land in a comfortable position and be given every chance to win again.