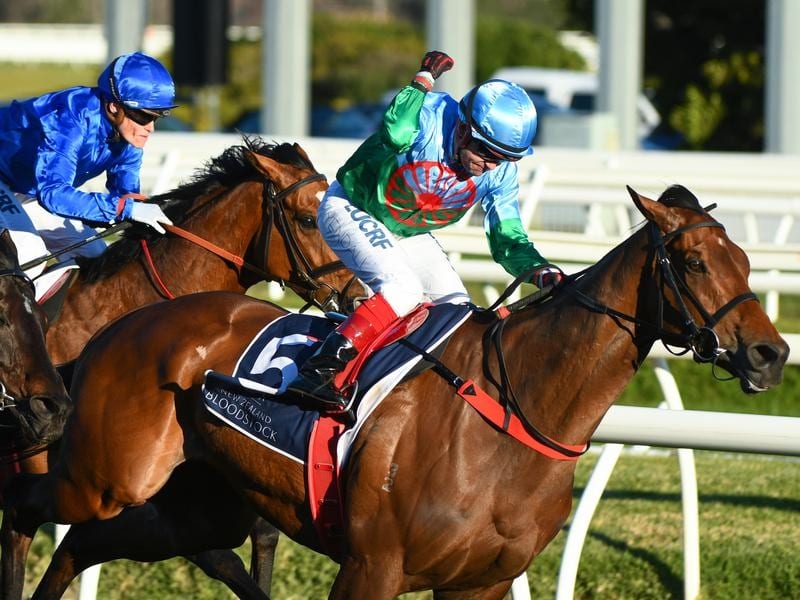 Scales Of Justice has won his second Group One race in taking out the $1 million Memsie Stakes.

Trainer Lindsey Smith will savour the win of Scales Of Justice in the Memsie Stakes at Caulfield before confirming spring plans.

Scales Of Justice landed the first Melbourne Group One race of the spring on Saturday under a perfectly judged ride from Dean Yendall.

Backed from $4 into $3.70 second favourite, Scales Of Justice held off a late bid from So Si Bon ($21) by three quarters of a length with the $2.70 favourite Alizee a nose away third.

Niggling injuries have restricted Scales Of Justice over the past two years but the gelding showed he’s right back to his best on Saturday.

“He’s had a lot of people help him a long the way and we all need help,” Smith said.

One blemish in the lead-up to Saturday’s success was Scales Of Justice’s defeat in the Spring Stakes at Morphettville on August 17.

“I gave the wrong instructions and that’s why I was the worst jockey in the world,” Smith said.

“I got involved when I should have left it to Dean.

Yendall said Scales Of Justice was a lovely horse to ride but can also be lazy.

While Smith was taking the blame for the Adelaide defeat, Yendall said he had also contributed.

“I probably blame myself a little bit for not doing enough on him work-wise,” Yendall said.

“I knew that run would top him off for today.

“He had a superior run off a solid tempo and when he took off and got to the front, I thought I hope those buggers don’t chase us down.

“It’s onwards and upwards for the spring carnival.”

Luke Nolen, rider of the runner-up So Si Bon, said it was a terrific effort for a horse not suited at weight-for-age.

Alizee’s rider Damien Oliver said he would have liked two of the outsiders, Black Heart Bart and Material Man to cart him further into the race.

“They just didn’t really take me into the straight and the winner was able to pinch a bit of a break on her,” Oliver said.

“But I thought she was very admirable and very game in defeat.”