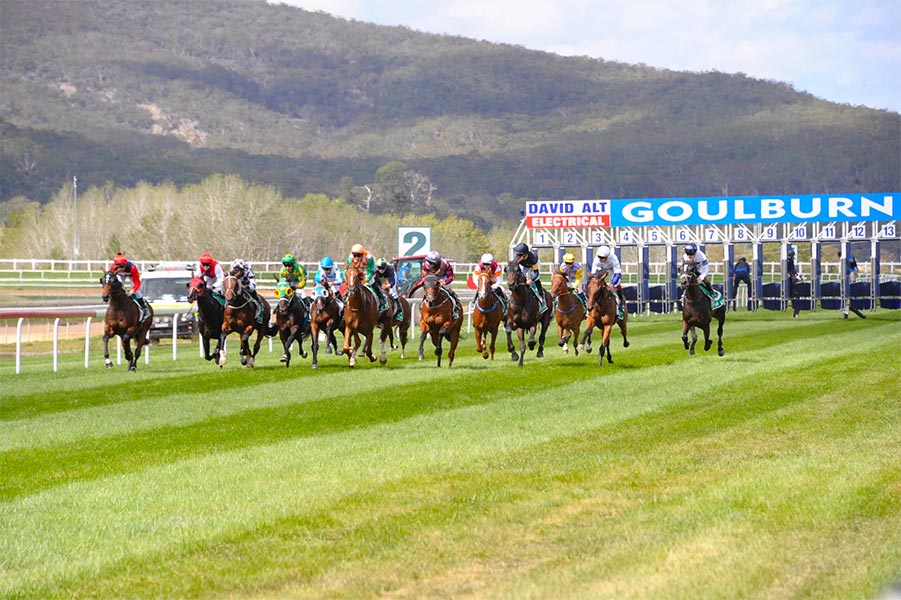 Sally Pops and Travest have both qualified for next month’s $500,000 Provincial-Midway Championship after finishing first and second respectively in Friday’s $150,000 qualifier at Goulburn.

After a great steer by jockey Ellen Hennessy, Sally Pops proved too good in the concluding stages of the 1400m event, romping in to win by a big space over Travest and Highballer who ran gamely back in third.

The Robert Quinn-trained mare started a $20 chance in the race, causing a slight upset as she defeated the race favourite.

She's off to Randwick!

Travest finishes fast into 2nd and gains a spot in the final💪 pic.twitter.com/HqFGRxyarF

Quinn said that it was a brilliant feeling to be guaranteed a start in the final, which will be run at Royal Randwick on Day 2 of The Championships (April 9).

“She loves the soft – the heavier the better. I just told Ellen, don’t take any prisoners – let her rip.

“We hatched a plan, me and her owner Eddie, after she ran a big race in town three weeks ago – we’d freshen her up, come back to 1400 and we’d ride her as the 50m post is the winning post, and it worked. Delighted.”

The winning trainer is now unlikely to change too much of the plan with his daughter of All Too Hard, as all eyes are on the $500,000 final in one month’s time.

“One or two ideas, but we’ll see. We’ll probably stick to the plan with her and we’ll just freshen her up again,” Quinn continued.

“She’s a filly, that’s her eighth start I think this preparation. She handles her racing well, but we don’t go to the well too often with her, we space her runs.

“Just looking forward to the final now, but thrilled with today.”

Despite winning in dominant fashion, Sally Pops is not overly fancied in the Provincial-Midway Championship Final next month, remaining at $21 with Sportsbet, while the runner-up, Travest, firmed right into $17 after a fast-finishing run out wide on the track.

Travest was back near last and trapped wide throughout, but he still finished the race off strongly on the outside running rail.

The next qualifying heat will be run at Gosford on Saturday, where Kim Waugh’s Great News is expected to feature, as well as the promising Majestic Shot for Grant Allard and Mitchell Bell.