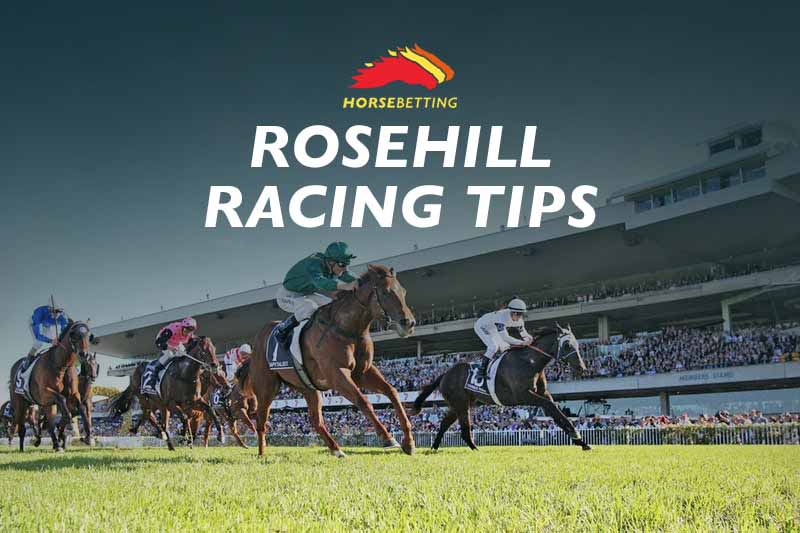 Nine races will be run and won at Rosehill Gardens on Saturday (May 15) with the Inglis 3YO Guineas the feature event on the card. The track is rated a Heavy 8 and the rail is in the true position for the entire circumference of the course. Horsebetting.com.au presents our Rosehill best bets and quaddie numbers, as well a full Rosehill race-by-race preview which will jump at 11:30am.

Country gallopers will contest the opening race of the day, and one runner that looks to present value is Charlton Park. The four-year-old mare won by more than three lengths at Muswellbrook two starts ago and was then only just edged out by Golden Gorge in a similar race at Hawkesbury after nearly leading all of the way. From barrier five under Louise Day, she should be able to find the front and be very hard to catch.
Selections: 8-6-4-2
[rmOC_events_list event_ids=1369324_01]

A field of 13 two-year-old fillies has been assembled for this year’s $140,000 Woodlands Stakes. Xtremetime was an all-the-way winner at Canterbury last start where she beat Socialist by the smallest of margins. Socialist went on to win by a big space at her next start franking the form. She has drawn wide in barrier 11 but we expect to see Brenton Avdulla take her forward and make her hard to catch. Satin Ruby has trialled well leading into her debut, but barrier 12 and a heavy track doesn’t give us a great deal of confidence for a debutant.
Selections: 3-12-4-1
[rmOC_events_list event_ids=1369324_02]

We are happy to put a pen through the third race in what is a very wide open affair. Savoury has been racing well of late with form around Tectonicus and Luncies which looks good, while Welsh Legend was racing well prior to his seven week freshen-up. With little speed, Savoury can go all of the way in a race we aren’t keen to play in.
Selections: 5-1-3-17
[rmOC_events_list event_ids=1369324_03]

The fourth race of the day is a handy three-year-old fillies Listed event and we think we have found one at a nice price. James Cummings saddles up Mollycoddle who has won her last two starts in good style. She has only lost one of her last five, and that came at the hands of Private Eye who has since won the Group 2 Queensland Guineas at Eagle Farm. That form looks good enough for this. The Lonhro filly has drawn well in barrier nine which will see her out the back with cover and can show her effectiveness on a wet track. Newsreader and Rock My Wand are the dangers.

The feature race of the day is the Inglis 3YO Guineas over 1400m. Prime Star and Exoboom share favouritism, and given the latter’s good barrier and likely run in transit, he looks very hard to beat. Regan Bayliss will ride the son of Exosphere who is shooting for two straight Guineas wins after winning the Hawkesbury Guineas last time out. He knows where the winning post is and should be able to find it again on Saturday. Prime Star is the clear danger, while we thought Zorocat can measure up at the big price.

Our best of the day comes up here and while he is short, he should be very hard to beat. John O’Shea’s four-year-old gelding Lost And Running has had six career starts, winning five of those and placing second on the other occasion when a beaten favourite to Enchanted Heart who won a nice race at Gosford on Saturday. He has drawn wide in barrier 10, but Tommy Berry will be able to take him forward to lead and be too sharp for his rivals here. He drops 5kg and handles heavy going with comfort. We aren’t sure what gets close to him after his dominant four length win last start.

Embracer returned first-up off a 42 week spell to win by nearly two lengths at Hawkesbury in an all-the-way win. The Gai Waterhouse and Adrian Bott-trained gelding looks to have come back well and now gets his chance to go back-to-back in this. Having drawn well in barrier seven, Tim Clark will again take the five-year-old son of Sebring to the front and he should prove hard to run down over 1100m. Fituese is first-up in six months but she is a very classy mare who will benefit from a quickly run race.

The Tie The Knot Handicap will see plenty of speed engaged over the 1100m sprint trip. Joe Pride’s four-year-old mare, De Grawin, has won her last four starts and now comes into this first-up off a 19 week spell. She relishes wet tracks, flies fresh and will be right up on the speed from barrier two which could make her hard to catch. Rachel King will do the riding which is advantageous considering she won on her last start and has trialled her both times in the lead up to this assignment.

The final race of the day represents a chance to have a good bet and that is in the form of Count de Rupee. The Robert & Luke Price-trained gelding flew home to get within a length of Marway last start on the Kensington track, and we all know what he did at his next start when winning the Wagga Town Plate by a country mile. He rises from 1250m to the 1400m which is going to suit him down to the ground, especially with the speed on. The three-year-old gelding is in with only 56.5kg and with Tommy Berry steering from barrier four we expect him to get a perfect run in transit and be too good.